Tom DeLonge says new Blink-182 album is their “most progressive” 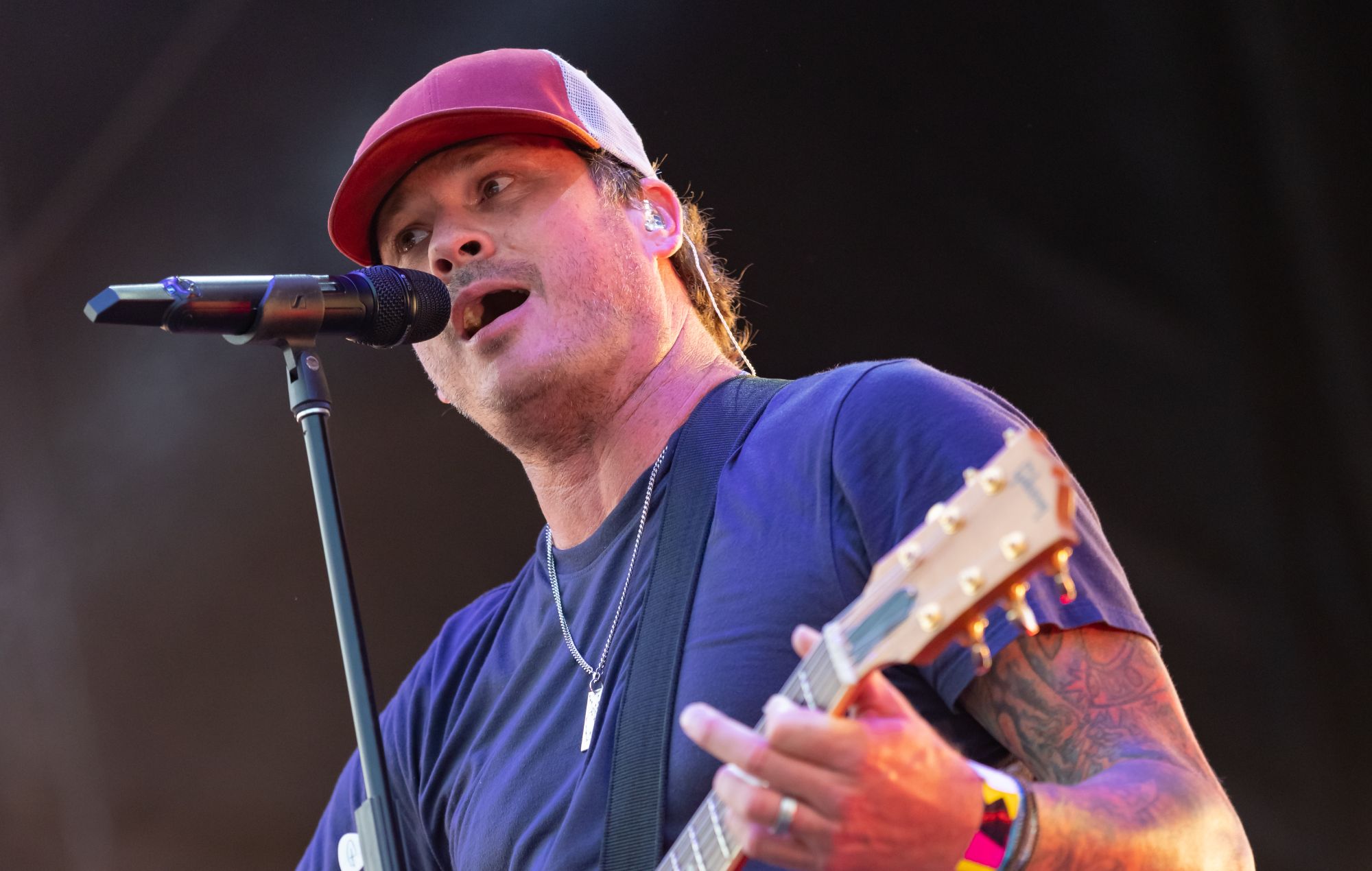 Tom DeLonge has said that Blink-182‘s forthcoming album contains some of the “most progressive” music of their career so far.

The co-vocalist and guitarist, who recently rejoined the pop-punk band after seven years, added on Twitter today (October 15) that the new record has some of the band’s most “elevated” songs.

He wrote: “The new @blink182 album has some of the most progressive, and elevated music we‘be ever had. In honesty, I am holding my breath for you to hear these other songs. Edging is fun, and a perfect way to remind u of the fun again. But just u fucking wait.

The new @blink182 album has some of the most progressive, and elevated music we‘be ever had. In honesty, I am holding my breath for you to hear these other songs. Edging is fun, and a perfect way to remind u of the fun again. But just u fucking wait.

After months of teasing, on Tuesday (October 11) the band confirmed the return of DeLonge, who formed Blink with Mark Hoppus in 1992 but left in 2015 “to change the world for my kids”.

The musician also left the band in 2005 to focus on his other band, Angels & Airwaves, which was an additional project to his 2001-formed side group Box Car Racer.

In July, Alkaline Trio frontman Matt Skiba, who joined Blink-182 in 2015 as a replacement for DeLonge, claimed that he didn’t know if he was still a part of Blink-182. DeLonge then hinted that he’d rejoined the group before Hoppus said the original trio were in “a really great place”.

Since news of DeLonge’s return broke and the band shared details of their world tour, Blink have now added an extra London show to their 2023 UK and Ireland tour (tickets will be available here).

“I wanted to take a minute and say thank you for all that you have done to keep the band thriving in my absence,” he wrote. “I think you are enormously talented (I still love and listen to your band to this day).

“You have always been so kind to me, not only in the press, but also to others. I really noticed. Emotions between the three of us in blink have always been complicated, but Mark’s cancer really put things in perspective. But to be honest, the band would not even be here today if it were not for your ability to jump in and save the day.”

DeLonge concluded: “So from my heart to yours, thank you for being a member of our band.”

He previously teased that Blink-182’s forthcoming record is “the best album of our career”. There have been no details shared of a title nor release date.

Blink-182’s most recent studio album ‘Nine’, was released in 2019. It was the second record to feature Skiba, following on from 2016’s ‘California’.

Prior to ‘Edging’, DeLonge hadn’t contributed to a Blink project since 2012’s ‘Dogs Eating Dogs’ EP.

The post Tom DeLonge says new Blink-182 album is their “most progressive” appeared first on NME.

DRAM Announces New Album What Had Happened Was, Shares Song

Mars and Anderson .Paak won four awards for “Leave the Door Open,” but won’t be trying for any

How Bon Iver, Harry Styles, and More Are Getting Out the Vote for the 2022 Midterm Elections

Selena Gomez, Kurt Vile, Questlove, and plenty of other musicians want you to vote on Tuesday, Novem