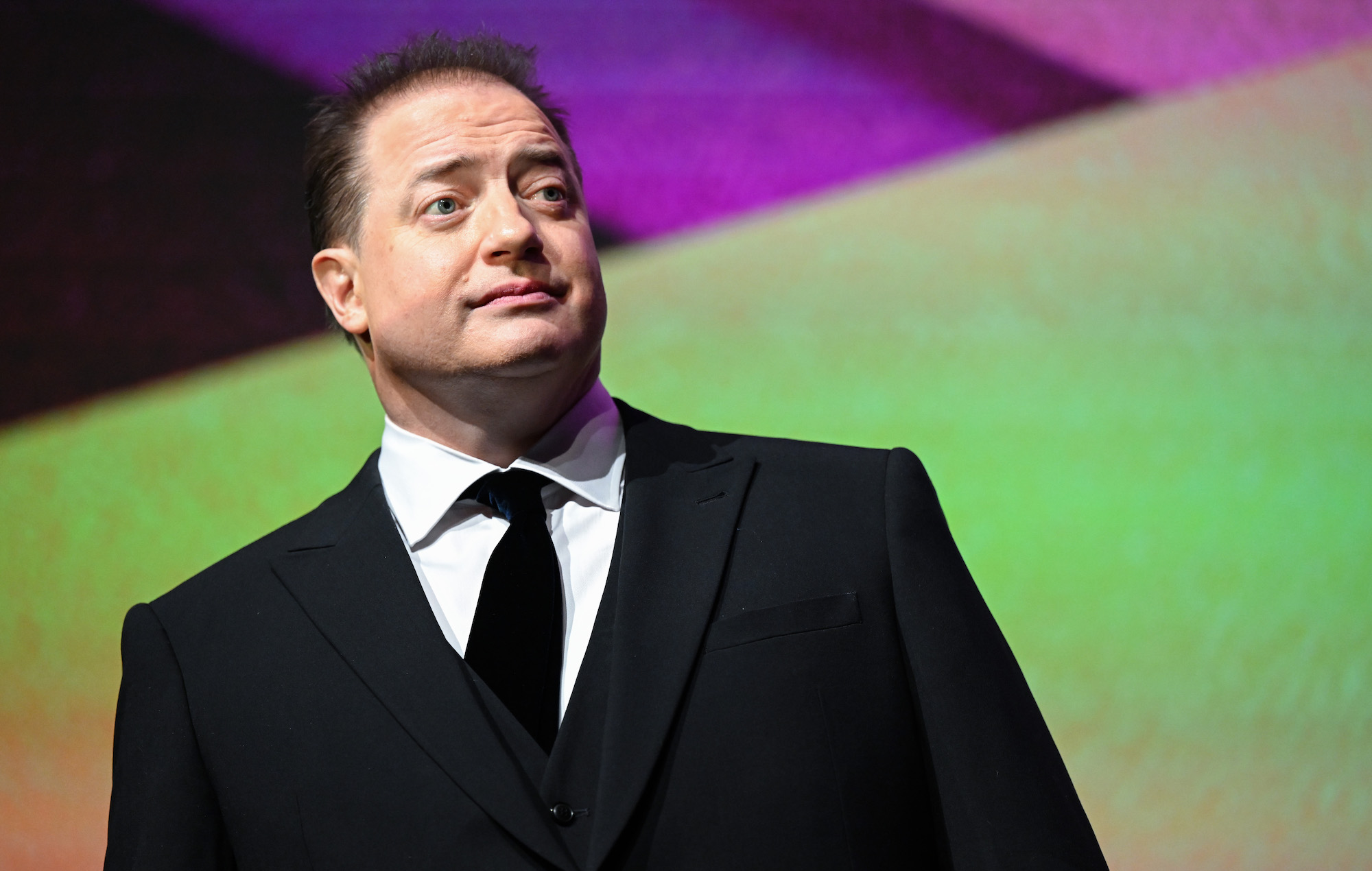 The film, which sees Fraser play Charlie, a morbidly obese and reclusive English teacher who attempts to reconnect with with his 17-year-old daughter, Elle (played by Stranger Things‘ Sadie Sink), premiered at Venice Film Festival earlier this year, receiving a standing ovation at the end.

The same happened in London on Tuesday night. Sharing footage of Fraser’s emotional response, one attendee tweeted: “Am I at Venice? 5 min standing ovation for Brendan Fraser’s masterpiece performance in The Whale. He had the crowd in the palm of his hand the entire movie. My heart is in my throat.

Am I at Venice? 5 min standing ovation for Brendan Fraser’s masterpiece performance in #TheWhale. He had the crowd in the palm of his hand the entire movie. My heart is in my throat. #LFF @a24 pic.twitter.com/dHsCAErgu0

Fraser was last seen in the DC series Doom Patrol as Cliffe Steele (and Cliffe’s alter-ego Robotman). He also had a supporting role in Steven Soderbergh’s 2021 film No Sudden Move.

After The Whale, he’s next set to appear in Martin Scorsese’s Killers of the Flower Moon and was due a role in DC’s cancelled Batgirl, in which he was set to play the villain Garfield Lynns, aka Firefly.

During a fan comeback interview last year, the actor appeared emotional after receiving overwhelming support from the audience.

Giving The Whale a three-star review, NME wrote: “Brendan Fraser – making his long-awaited comeback to cinema – imbues The Whale’s central figure with as much empathy and care as possible within the considerable confines of the script. And Hong Chau exudes both coldness and caring; whenever she enters the room, more clumsily handled elements suddenly seem to settle.

“Still, even these strong performances can’t quite focus The Whale – a story which purports to grapple with existential themes, but never really makes sense of anything.”