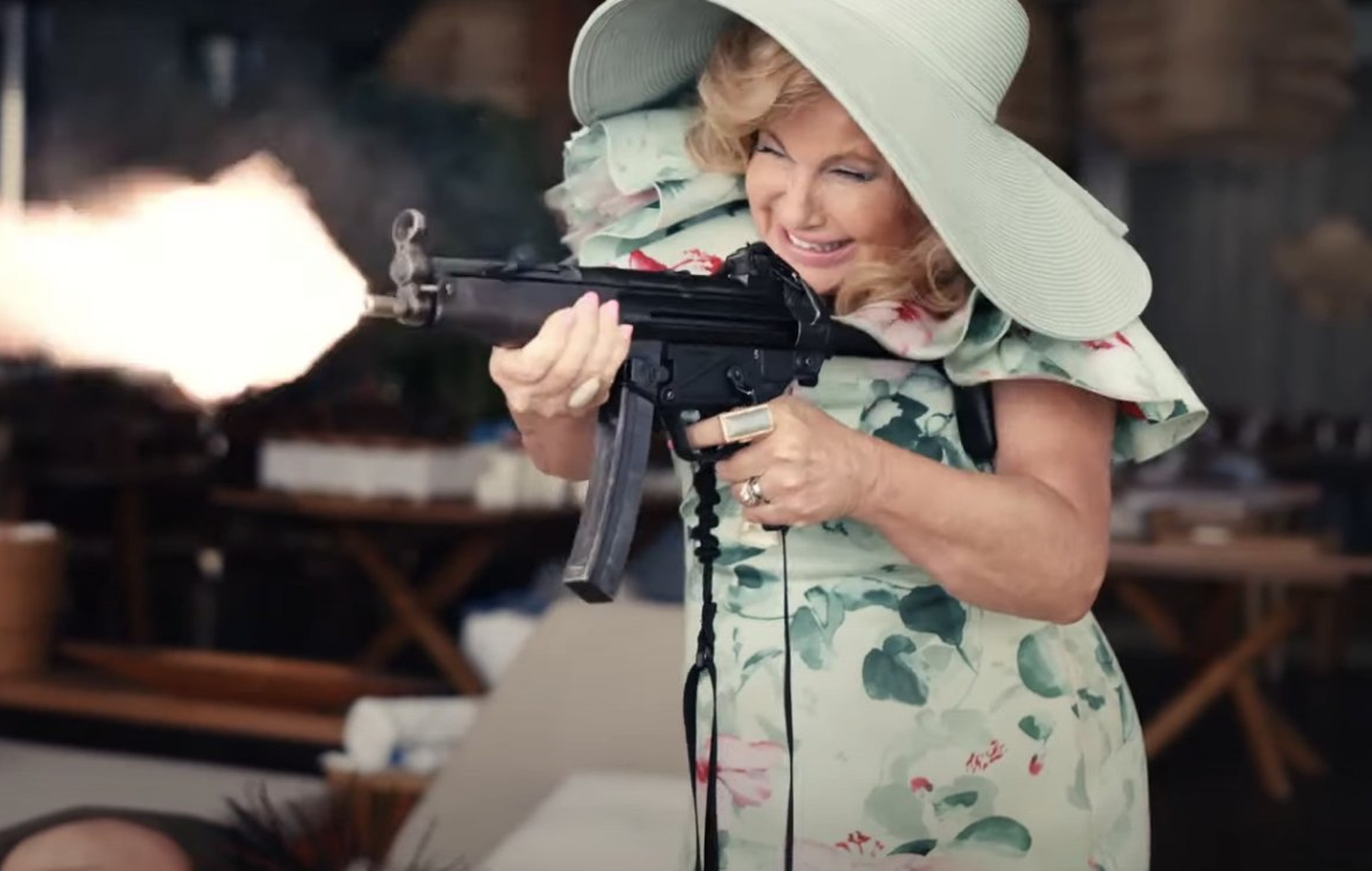 A trailer for upcoming film Shotgun Wedding has sparked calls from fans for Jennifer Coolidge to become the next James Bond.

Directed by Jason Moore (Pitch Perfect), the rom-com action film follows Darcy (Jennifer Lopez) and Tom (Josh Duhamel) as they prepare to get married in a luxury destination, only for their wedding day to spiral into chaos as their entire party is taken hostage.

Coolidge plays Tom’s mum Carol, who is seen in the trailer spraying bullets with a machine gun, saying: “Nobody fucks with my family.”

In response to the scene, a Twitter user wrote: “CAST JENNIFER COOLIDGE AS JAMES BOND YOU COWARDS.”

“I want Jennifer Coolidge as Batman, James Bond and every bad ass action star ya’ll can come up with,” another wrote.

You can check out more reactions below.

I want Jennifer Coolidge as Batman, James Bond and every bad ass action star ya'll can come up with.

Jennifer Coolidge as the next doctor, the next james bond, and the next star wars sith lord

I want to see Jennifer Coolidge as a bond girl pic.twitter.com/3CUfxrffum

Armie Hammer was previously cast to play the male lead role, before he dropped out in January 2021 in the wake of abuse allegations against him.

Announcing his departure from the film at the time, Hammer wrote: “I’m not responding to these bullshit claims but in light of the vicious and spurious online attacks against me, I cannot in good conscience now leave my children for four months to shoot a film in the Dominican Republic. Lionsgate is supporting me in this, and I’m grateful to them for that.”

Shotgun Wedding is scheduled to be released on Amazon Prime Video on January 27, 2023.

The post The Internet wants Jennifer Coolidge to be next James Bond after ‘Shotgun Wedding’ trailer appeared first on NME.