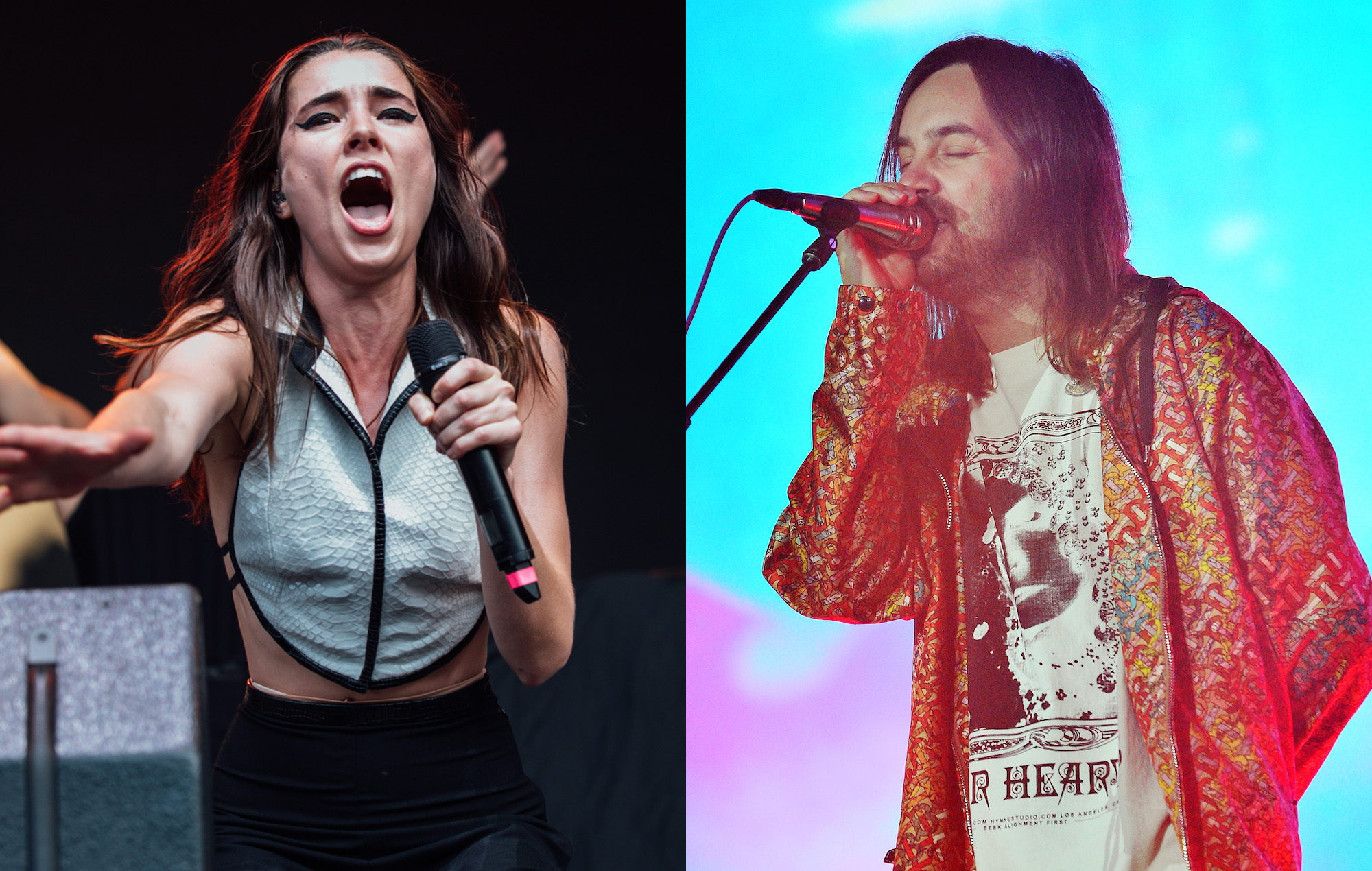 As implied by its title, the ‘RE-TILT’ package comprises remixes of songs that appeared on Confidence Man’s second album, ‘TILT’. It was released last Friday (September 30) via I OH YOU, and also includes a new take on ‘Holiday’ by Erol Alkan, a remix of ‘Angry Girl’ by CHAI, and other remixes from Totally Enormous Extinct Dinosaurs, X-COAST, CC:CISCO! and Daniel Avery.

In a press release, the duo said of Tame Impala’s ‘Holiday’ remix: “It’s not every day one of your heroes casually hits you up on Instagram, asking if they can remix your track. Once we stopped squealing what else could we say but ‘f*#k yeah’. You probably know by now we live it up. Big Kev definitely lives it up. So why don’t you hit play and live it up with us. It would be cruel of us not to share.”

Have a listen to the remix below:

‘TILT’ was initially released back in March, and earned a four-star review from NME. In addition to ‘Holiday’, the follow-up to ‘Confident Music For Confident People’ featured singles like ‘Feels Like A Different Thing’, ‘Woman’ and ‘Luvin U Is Easy’.

Confidence Man will return to the UK and Ireland in November, performing 14 shows – including three each in London and Manchester – throughout the month. Reviewing them at this year’s Glastonbury, NME’s Thomas Smith called the duo’s set “an immense treat”, praising them for “let[ting] the songs do the talking”.