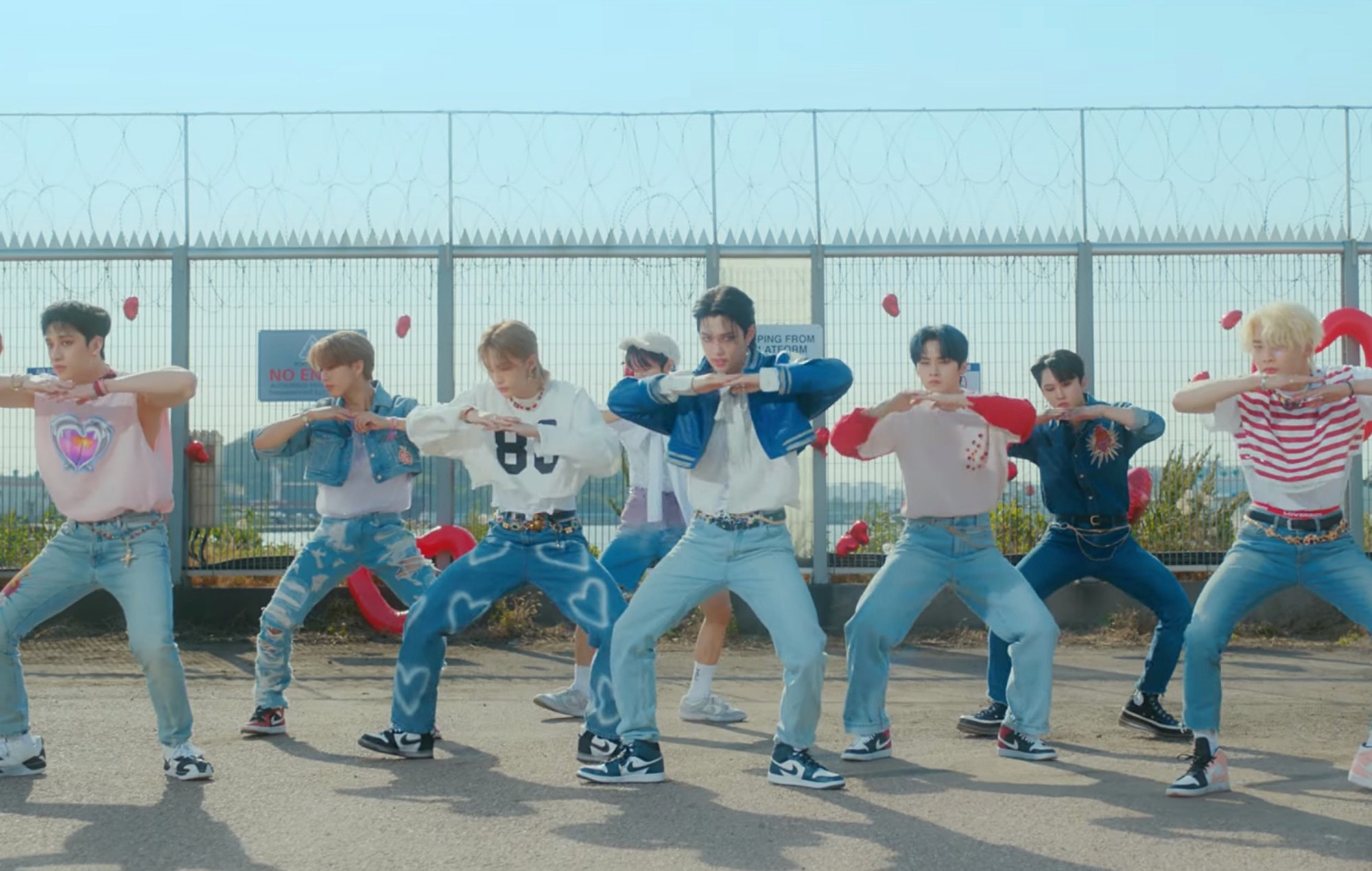 Stray Kids have released their new mini-album ‘Maxident’ along with a whimsical visual for its title track ‘Case 143’.

On October 7 at 12PM KST, the eight-member boyband returned with their seventh mini-album ‘Maxident’, and the music video for its title track ‘Case 143’. In the new visual, Stray Kids dress up as police officers investigating a curious case while being overwhelmed by the disorienting feelings of lovesickness.

“Why do I keep getting attracted / I’m drawn to you like a magnet / I cannot explain this reaction / The only thing I can say is 143,” they chant on the chorus.

In addition to ‘Case 143’, ‘Maxident’ also features seven other tracks, including the unit songs ‘3RACHA’, ‘Taste’ and ‘Can’t Stop’. All lyrics on the album were written by Stray Kids themselves, who were also involved in composing all eight songs.

‘Maxident’ also sees the re-release of Stray Kids’ Japanese single ‘Circus’ in Korean, with lyrics penned by the act’s production trio 3Racha – that is, the members Bang Chan, Changbin and Han.

The new record is their second domestic release of 2022, after their sixth mini-album ‘Maniac’ arrived in March. Shortly after its release, Stray Kids embarked on their world tour of the same name, visiting over 20 cities across South Korea, Japan and North America.

In a five-star review of the tour’s penultimate show in Anaheim, California, NME’s Rhian Daly wrote: “In K-pop, the generation that came before Stray Kids might not have been disappointing, but it’s obvious that this group has no intention of settling for being a footnote in the scene’s story.”

Selena Gomez & BLACKPINK Are ‘Chillin’ in New Photos Together