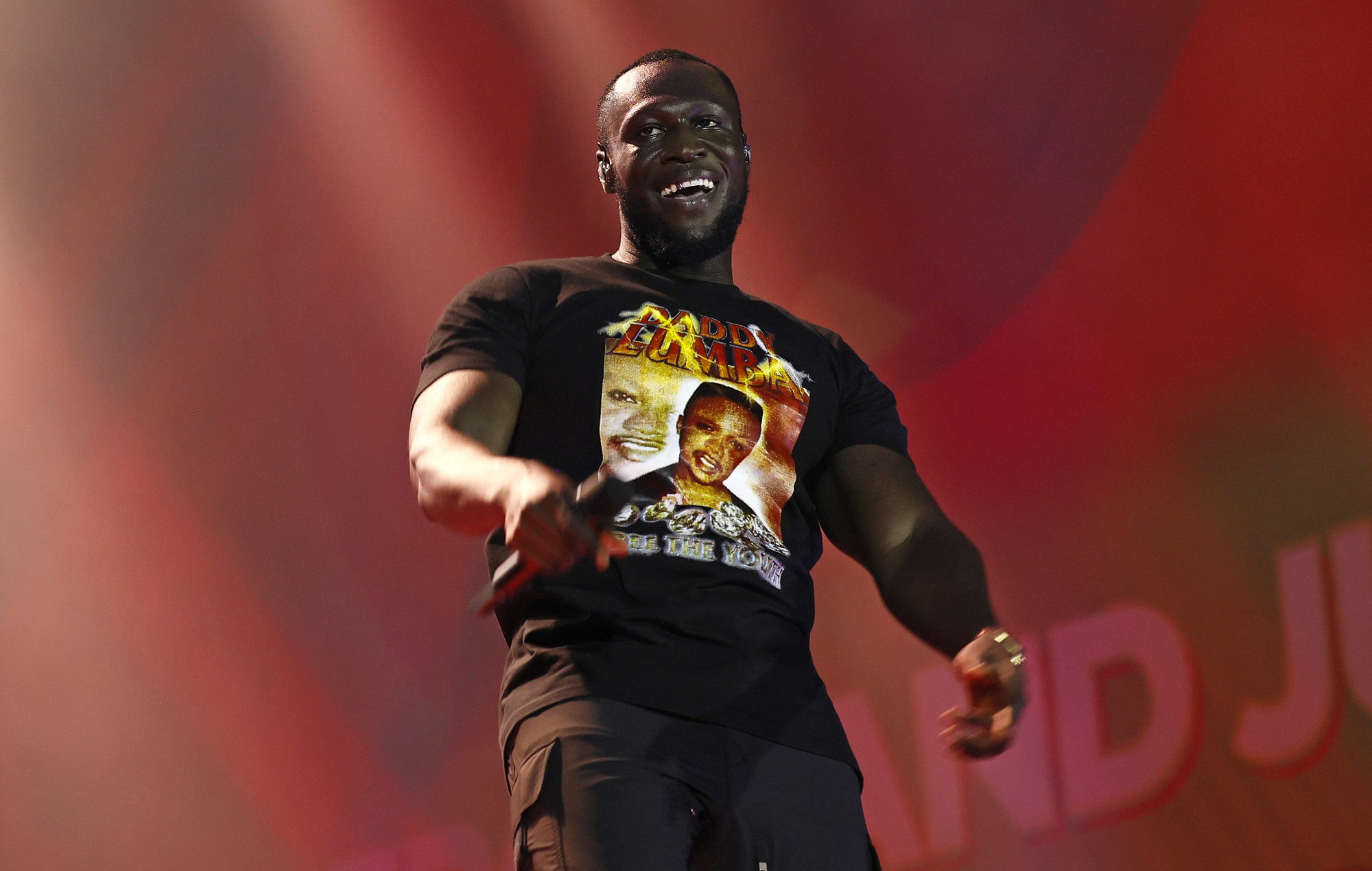 Stormzy reckons he has penned a song that is worthy of this year’s Christmas Number One.

The rapper, who is due to release his third studio record ‘This Is What I Mean’ on November 25 via 0207 Def Jam, said in a new interview that a track on the album could be worthy of a UK festive chart topper.

When asked whether he might have a Christmas song on his new album that could hit the top spot, Stormzy told Magic Radio: “Well, lo and behold I’ve got something really special for you guys and do you know why I’m so proud? Because I made this song with love… I just made this song, and it came from the most pure place, I wrote it with an amazing artist. A really extremely gifted artist called Debbie and we made this beautiful, beautiful song, and I genuinely think that…I don’t want to jinx it, but I swear to you, I can’t wait for you guys to hear it.”

The rapper recently previewed his new album with the single ‘Hide & Seek’.

He also recently opened up about the collaborative process of making the album on Osea Island in the Blackwater Estuary near Maldon, Essex.

“That was the most beautiful, spiritual coming-togethers I’ve even been involved in,” he explained. “It was one of those things… you kind of had to be there. Even if I describe it, I won’t really do it justice.”

Stormzy continued: “It was my favourite musicians, my favourite producers, my favourite artists just in this big house, with different rooms where you might have Kassa on the top floor making music and then you got Jacob Collier in the room over there.

“It was very surreal but then when you marry that with the fact that it wasn’t just musicians, we became family on that trip, like that’s my brothers and my sisters.”

‘This Is What I Mean’ – the follow-up to 2019’s ‘Heavy Is The Head’ – is described as “an intimate love letter to music”. You can pre-order/pre-save the record here.

The post Stormzy says he has written a song worthy of this year’s Christmas Number One appeared first on NME.

Nick Cave discusses “the musician’s curse” of tinnitus: “It’s a pain in the arse”