Skip to the content
HomeMusic NewsShania Twain “does plan” to collaborate with Harry Styles: “I’m going to hold Harry to that”

Shania Twain “does plan” to collaborate with Harry Styles: “I’m going to hold Harry to that” 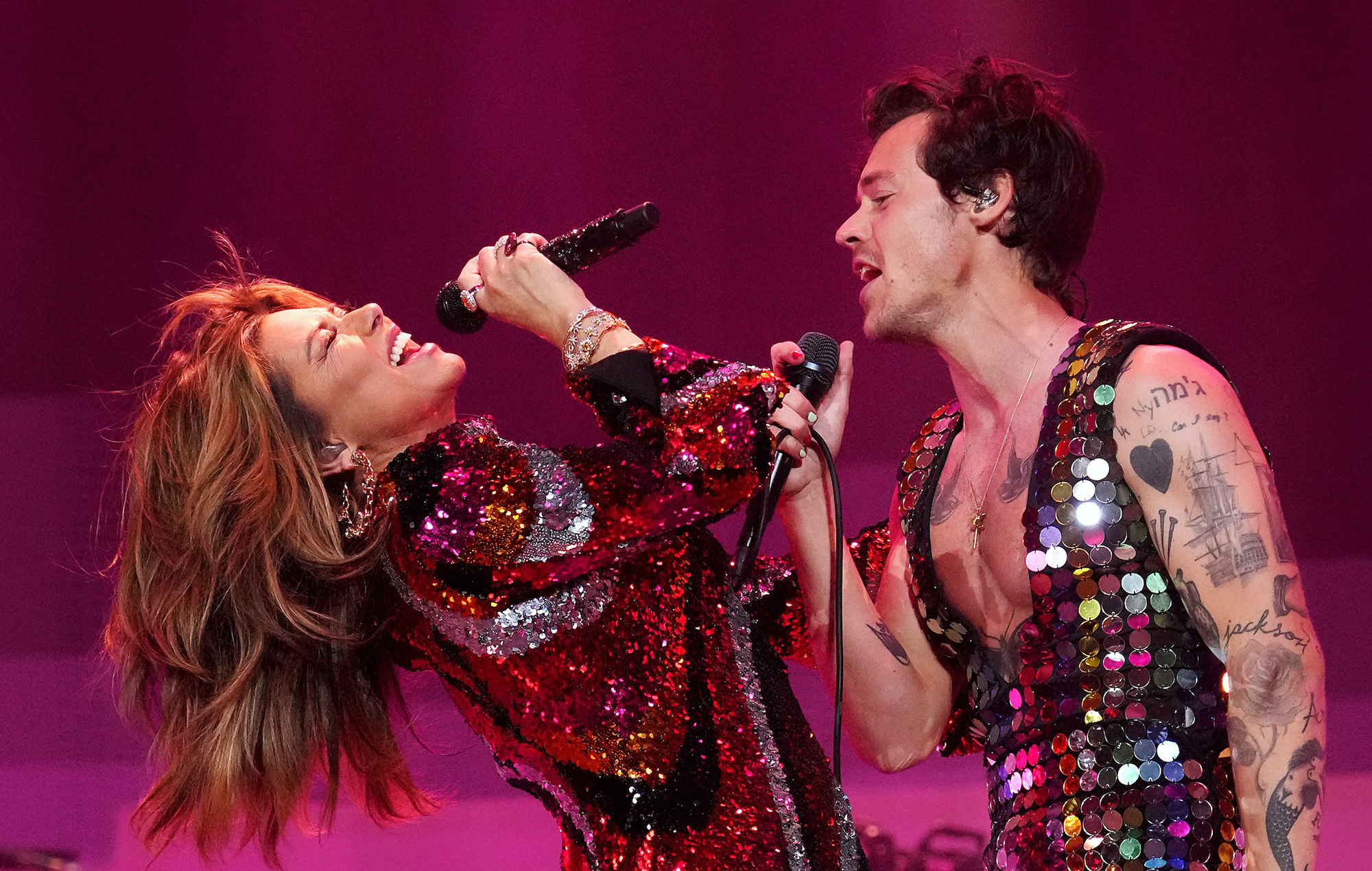 Shania Twain says she expects to collaborate with Harry Styles in the future.

The claim comes after the pair teamed up earlier this year during Styles’ headline set at Coachella 2022 in April. During the cameo, Shania joined Styles on stage to perform her hits ‘Man! I Feel Like a Woman!’ and ‘You’re Still The One’.

Speaking to Extra, Twain said that she hopes that the onstage collaboration could lead to a studio-based link-up between the pair in the future.

While saying that the collaboration will “not [be] on [my] new album,” Twain said: “In the future, I would say yes. I’m going to hold Harry to that.

“I think we surprised each other [with] how natural it was [at Coachella]. So, I do plan on doing that.”

Earlier this week Twain opened up about her experience with COVID, saying that she was “touch and go” with the virus for a while. The country singer detailed what happened while she had the virus in a BBC interview about her documentary Shania Twain: Not Just A Girl, which follows the creation of her sixth album.

In the interview she talks about recording a song called ‘What You Gonna Do With That Air?’ and later reveals that the track is about “the anxiety of running out of air”.

Twain explained: “I had a very bad bout with COVID, with COVID pneumonia, and it was very touch-and-go. I was feeling like, ‘Oh my God, I just have to breathe.’”

Reviewing Not Just A Girl, NME wrote: “You won’t come away feeling as though Shania Twain has bared her soul, but you will have renewed respect for the talent, vision and hard work that made her an era-defining artist.”

The post Shania Twain “does plan” to collaborate with Harry Styles: “I’m going to hold Harry to that” appeared first on NME.

The reality star took to social media to address the brand's recent campaign, which featured childre

Dolly Parton Shares the Secret to Her 56-Year Marriage: ‘A Warped Sense of Humor’