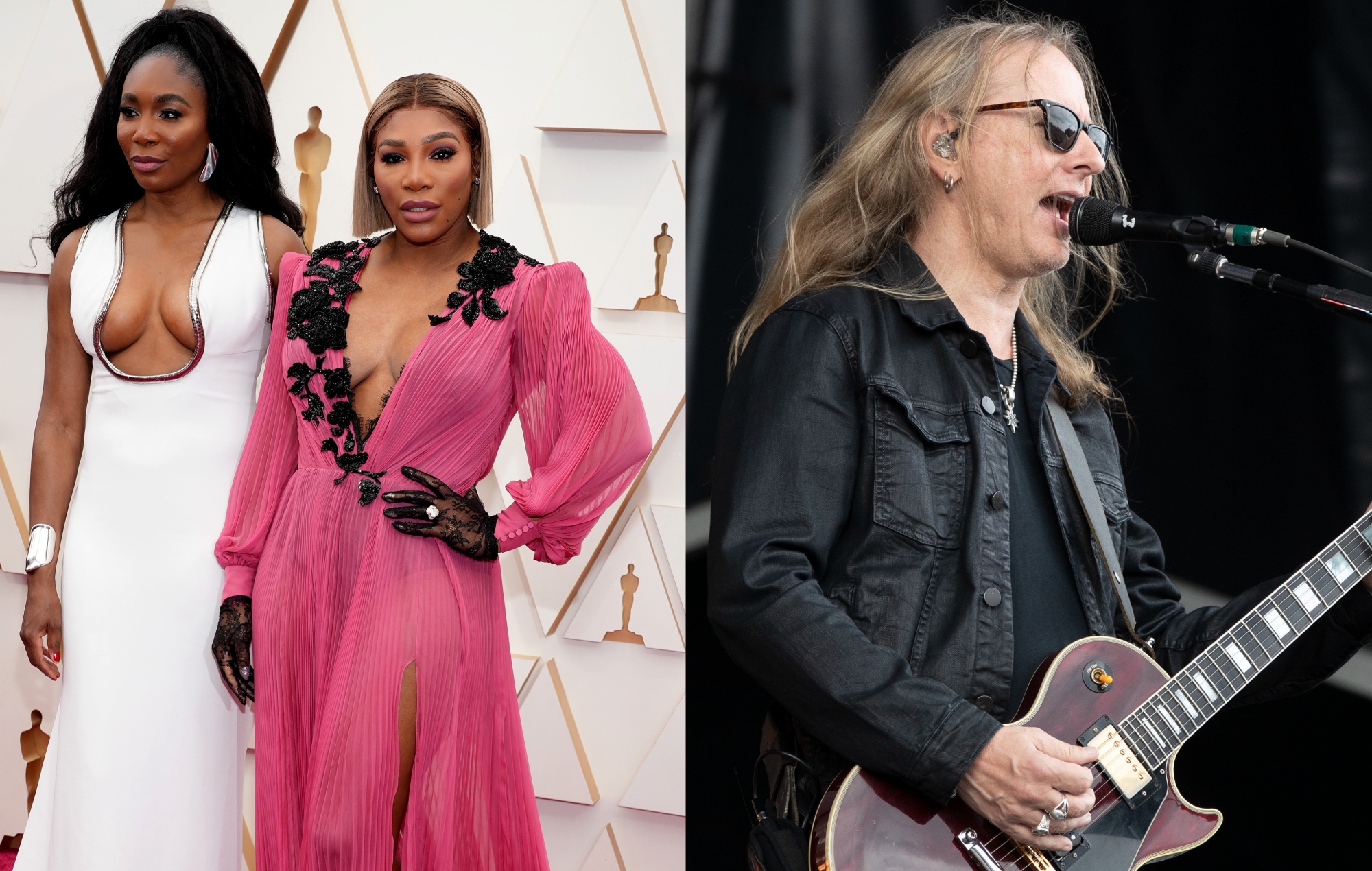 Serena and Venus Williams headed along to Alice in Chains‘ show in West Palm Beach, Florida over the weekend, snapping backstage photos with members of the band.

Singer William DuVall, guitarist Jerry Cantrell and bassist Mike Inez all shared separate pictures with the sibling tennis legends. “So great to see them rocking out down front and sidestage,” DuVall wrote in his caption.

“Even better to find that they’re so cool and down to earth as people,” he added. “Like meeting long lost cousins at a family gathering, only they just happen to be, in my opinion, the best to ever grace a tennis court, as well as being genuine AIC fans. Awesome night.”

In his own post, Inez wrote that Venus “stood in the front of us singing all the songs” during the set, and Serena was on his side alongside his bass tech. “Seemed like everyone needed to rock the fuck out after Hurricane Ian blew through,” he added. See their posts, along with Cantrell’s, below:

It’s not the first time the sisters have been spotted at a rock concert lately. Both attended Pearl Jam‘s concert at Madison Square Garden last month, with frontman Eddie Vedder giving them a shout-out onstage. Last year, Serena discussed her love of Green Day while appearing on Jimmy Kimmel Live.

Meanwhile, Alice in Chains have been touring North America alongside Bush and Breaking Benjamin for the last couple of months. The tour continues tonight (October 4) in Charlotte, North Carolina, and will head to Bristow, Virginia the following evening (October 5) before wrapping up this weekend with shows in Holmdel, New Jersey and Mansfield, Massachusetts. Find remaining tickets here.