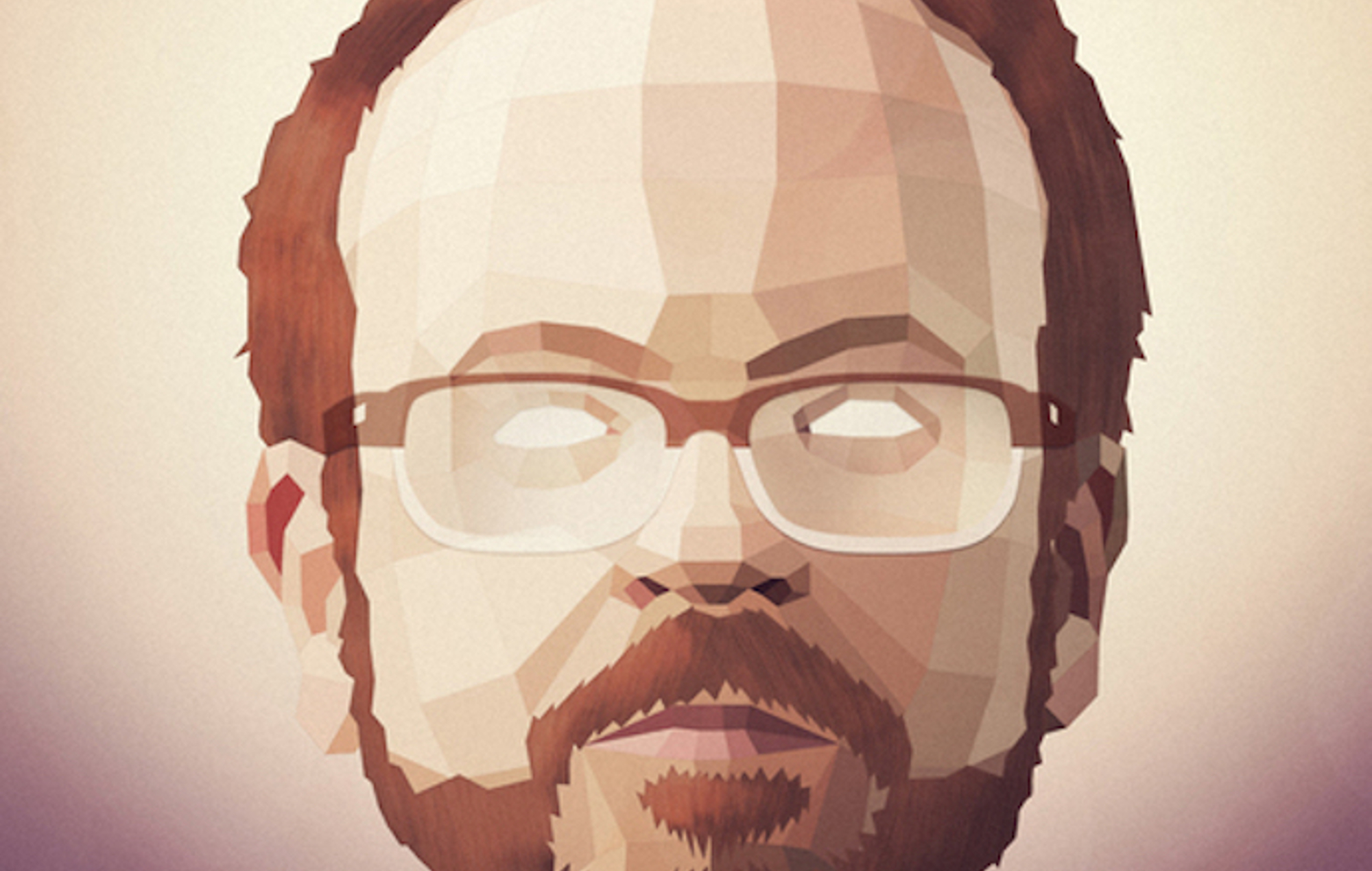 Like the game it was made for, Oxenfree‘s soundtrack is anything but straightforward. If you haven’t played the mysterious horror adventure – or just want to re-acquaint yourself with its gorgeous soundscapes ahead of the sequel – listening to the soundtrack is a brilliant way to pass an hour, especially as we wait for Oxenfree 2: Lost Signals to launch.

Whatever your reasons for revisiting the score, a compelling listen is guaranteed. Though it starts out synth-soaked and radio-friendly, it takes a darker turn as Oxenfree‘s plot grows increasingly unsettling. By the score’s end, you’ll have listened to a soundtrack that’s every bit as out-of-the-box and enduring as Oxenfree itself.

Speaking to NME, Oxenfree composer Andy Rohrmann – best known as scntfc – describes himself as an “obsessive learner,” to which he attributes the soundtrack’s unique atmosphere.

“I can’t do the same thing over and over – every project has to have some aspect of expanding and learning, whether it’s a new instrument or a new style of music,” Rohrmann explains. “I always like to be adding basic musical knowledge, and I think that informs things and makes it fresher for me to work on – but fresher for the game as well, it brings more of a unique perspective to it…as opposed to the tenth version of this thing I’ve done nine times before.”

However, scoring Oxenfree came naturally to Rohrmann thanks to the game’s setting. Night School‘s haunted island is set in the Pacific Northwest, which is where the composer has lived since he was three.

“I’m kind of a research-focused composer – I really like to dig in as much as I can about a game before I start work,” he says. “I do a ton of research and explore ideas – whether that’s musically, instrumentation, themes – until I land on something. Oxenfree was just kind of…I get it! I just kind of soaked it in and was able to get up and running really quickly.”

Night School founder Sean Krankel got in touch with Rohrmann after hearing a mix CD made by the composer, which had been made 10 years ago and left in a mutual friend’s car. Krankel asked if Rorhmann would be interested in making games, and after trading playlists and discovering a shared love of Boards Of Canada, the pair knew the collaboration would be a good fit.

“We were like…[this collaboration] is really obvious. We’re already on the same wavelength, so let’s go! That’s when I started making demos. The first thing I did – I can’t recall which song it was specifically – [made it into] the game. Since the nature of the Oxenfree score is sort of lo-fi, it was very easy to record, mix, perform and do everything then send something to them – then that ends up in the final game, unlike something that’s orchestral, where I’m demoing and knowing that it’s going to be re-recorded later with real performers. This was all since I’m recording through old tape cassette players and whatnot, so yeah – a lot of that stuff is in the game, what you’re hearing is some of the earliest demos.”

As Rohrmann touches on, the composer soundtracked Oxenfree with a range of unique techniques, instruments and equipment. The cassette player in question is lifted from 1978, and as Rohrmann touches on in this video, he also roped in a radio from World War 2 and 200 feet of copper wire to achieve Oxenfree‘s spectral, haunting crackle.

“One of the cores of Oxenfree in that universe is the idea of time loops and things that are recorded or repeated,” explains Rohrmann. “The game visually uses what looks like videotape glitches and static and radio interference, all these things that are very sort of fourth-wall breaking for the narrative you’re watching. With how the music was created, using that as literally as possible was really important. So there’s a nostalgic element to it for sure. There’s these vintage textures but the idea wasn’t ‘oh, I’m gonna make something on a reel-to-reel or a wax cylinder thing.’, [it was more asking] what is this music? How can I make music that not only captures something from all these eras, but also goes back to them?'”

“An example on the soundtrack is ‘Against The Rocks’ versus ‘Against The Waves’,” the composer continues. “‘Against The Rocks’ is just something I played on piano then recorded it on cassette, while ‘Against The Waves’ is that song played at quarter speed with new synthesiser parts layered on top of it. This goes back to some of the metaphors in the game of time loops, and repeating, and textures degrading over time. There’s that kind of…if you’ve played a cassette or a record or any analog medium hundreds of times, it just starts to wear away, or the tape gets wrinkled in the player, or you accidentally drag the needle across the record [..] Taking all these textures and using them essentially to help write the music – it’s just kind of fun, right?”

Though Rohrmann can’t pick a favourite from Oxenfree‘s soundtrack, two songs in particular have continued to resonate with him several years on. While ‘Lost’ – a song that Oxenfree character Jonas’ mother sang to him as a child – holds “sentimental” value to Rohrmann, he says making ‘The Beach, 7am’ was particularly enjoyable to create.

“Because it’s the end credits [song], it doesn’t play until the end but has become the one that’s most meaningful to players – it’s one of the more popular songs,” says Rohrmann. “But the secret with that one is that I foreshadowed, so anywhere I could I used that melody in other areas of the game. So wind chimes on the porch of the Adler house, if you listen long enough, you can hear the melody played – so yeah, a lot of foreshadowing, that was a lot of fun.”

Though Rohrmann has plenty of material to look back on, he says it was a “trial by fire” to get into gaming soundtracks due to how non-linear game development can be – there are a lot of things “falling apart” and being removed – but now, it suits his style. “I really love it,” says Rohrmann. “Because those are opportunities to iterate musically!”

Additionally, Rohrmann says his experimental streak is “appreciated” at Night School, and the studio excels at certain creative areas that are not his own strong suits. “They excel at telling stories that are very emotional and [make] you feel a connection with the characters,” Rohrmann praises. “That’s something I know I’m bad at – I’d never be a good writer or director, I just don’t have what it takes to create that sort of connection, but they’re so good at it.”

“It’s fun to essentially follow their lead, and then help enhance those connections,” adds Rohrmann. “They’re really great at that, so I do my best to support it – I love the collaborative element because they do what I know I can’t, but I can do some things that can help enhance the entire project.”

Oxenfree 2: Lost Signals – with Rohrmann serving as audio director – is on the way. Looking ahead, the composer says he’s approached the sequel in a “really similar way” – albeit with a more collaborative relationship with Night School.

In Oxenfree 2, fans can expect much more of Rohrmann’s experimental vein. “There’s some times where I just play the music backwards,” Rohrmann laughs. “That’s the new score for this scene!”

Rohrmann adds that he’s been “pretty ruthless” with Oxenfree‘s loops, textures and glitches. “If there’s a glitch in the game, I’m seeing that as an opportunity to absolutely drop an axe on what’s happening musically,” he teases. “There’s a lot of meta things happening that I think, being integrated with the team and having more time to work on the game, has really let us explore more.”

Though Oxenfree 2 was recently delayed to 2023, there’s (hopefully) not much longer to wait. With Rohrmann keen to hit all the right notes, it seems like Lost Signals is going to be worth the wait – here’s our feature about what to expect from the sequel’s haunting themes.

Oxenfree 2 launches in 2023, while the first game’s soundtrack is getting a vinyl reissue at iam8bit.

Amazon Music’s ‘One Take’ will pit A1 X J1, Lady Leshurr and more against ‘Fortnite’ pros

Recording’s Great Escapes: Inside The World’s Most Scenic, State-of-the-Art Studios

From the Grecian seaside to the Brazilian mountains to the Arctic Circle's edge, musicians have reco