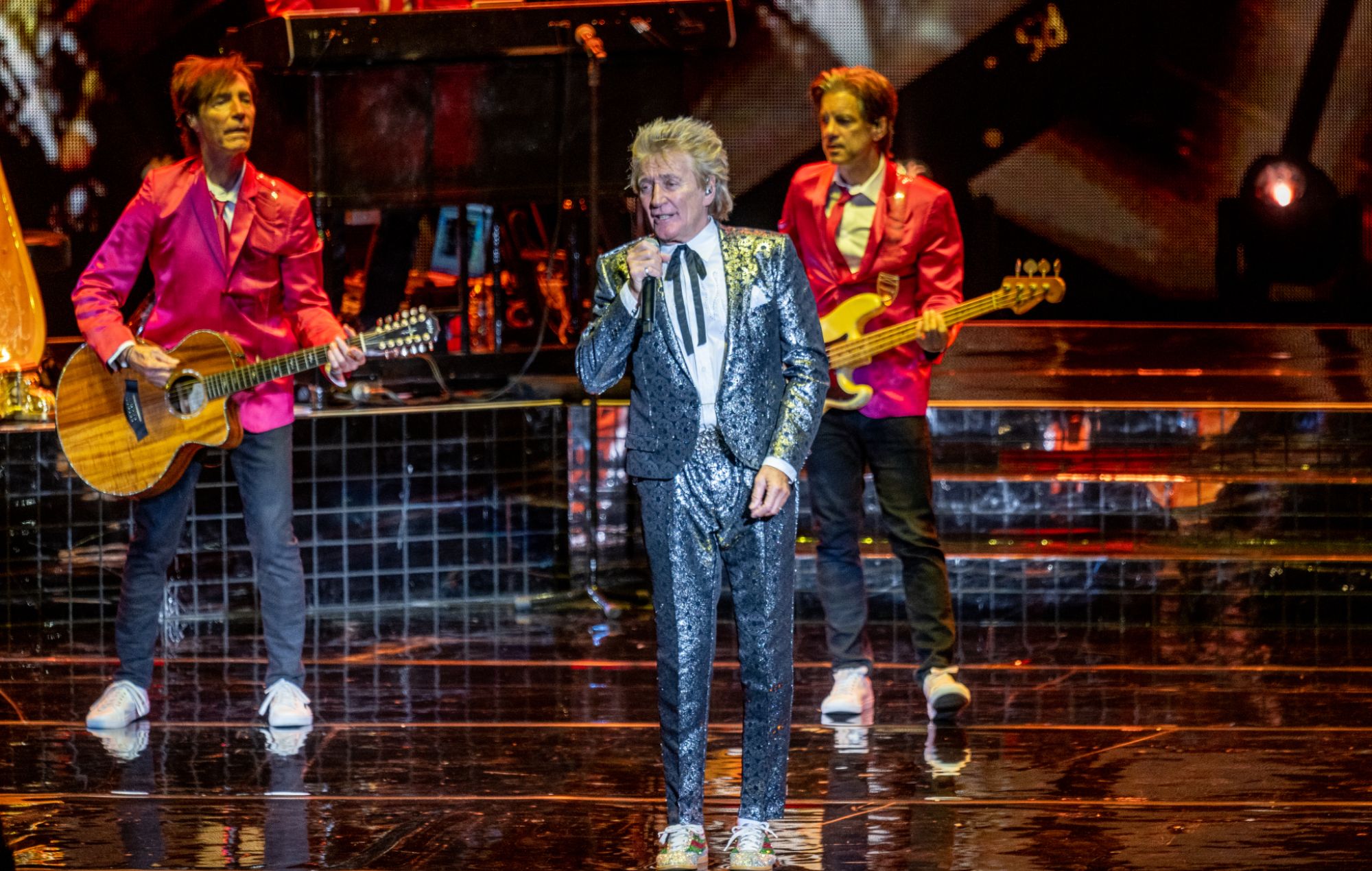 Sir Rod Stewart has rented a home for a family of seven Ukrainian refugees.

The veteran pop rocker and his wife, Penny Lancaster, are renting a house in Berkshire for husband and wife Rostyslav and Olena and their children, Taras, 17, Kostya, 16, Roman, 13, Mariia, 10, and Dymtro, two, after they fled Ukraine following Russia’s invasion in February.

He told the Daily Mirror that he and Lancaster will pay both the rent and bills for at least a year as the Ukrainian family continue to settle into their new home.

Stewart, who was knighted in 2016 for his services to music and charity, said he believes it’s his duty to help others after receiving the honour six years ago.

“I usually keep all my charitable efforts nice and quiet and just do it. But I thought, ‘I am a knight, I have been given this knighthood because of the things I’ve achieved in my life and the charity work I’ve done over the years’,” he said.

The singer and Lancaster decided to take action after watching the devastating scenes unfold on TV news one night.

“Words couldn’t describe what we were watching. The bombing of innocent children, the bombing of hospitals and ­playgrounds. Like everyone else, we were completely beside ourselves. I don’t wish that one anyone. This is evil, pure evil,” he said.

“I was born just after the [Second World] War, so my family have lots of memories of it. That’s how devastating it was to me. I didn’t think we would see the likes of land war with tanks again.”

Rod and his nephew Warren then came up with a plan to fill trucks up with supplies and take them to the Ukrainian border. Although he wished to travel in a truck himself, he was ultimately advised against it. The trucks brought 16 refugees to Berlin.

Afterwards, he got in contact with Rostyslav and his family, who were not part of the 16 brought back by his vehicle, which led to him renting the home for them. The Mirror added that he’s also provided two other refugees with jobs on his Essex estate.

Rostyslav and Olena said in a statement: “Many thanks to Sir Rod Stewart, Warren Cady, his parents and their family for their openness and genuine and big hearts. Thanks to their sponsorship and Warren’s hard work, our children are now safe and able to learn normally in school.

“We thank the British Government and residents of Bracknell, the teachers of our children and the entire British people for their tireless and invaluable assistance to Ukraine.

“We pray daily for God’s blessings on Sir Rod, Warren, their family and all the British people.”

Meanwhile, Stewart and Elvis Costello have laughed off an apparent spat between the two.

It comes after it was reported that Costello branded the late Queen Elizabeth II’s Platinum Jubilee concert, which was headlined by Queen, Diana Ross and Elton John in June, “shite” and singled out Stewart for criticism.

“I mean, I know you all love him and he’s one of yours and everything, but Rod. What the fuck? I must say, listen we all have bad nights vocally, but for fuck’s sake, Sweet fucking Caroline,” he is reported to have said, also according to the Mirror.

“Are you fucking kidding me? I mean I’ve been in showbusiness 45 years so I do know a thing or two. How is it that nobody suggested Rod sing ‘You Wear It Well?’”

The reports prompted Stewart to respond on Twitter: “Dear Elvis @elviscostello, yes my voice was rough cos of Covid. I apologise, I thought it better it to make an appearance rather than let everyone down so sorry. By the way where’s your hair gone mate????? Sir Rod.”

Dear Lord Stewart. You know I love you. Think the Queen would have loved “You Wear It Well” or even “Hot Legs”As to gigs, I had a stinker the other night in Liverpool. They come and go, like hair, which I keep sewn in my hat. Up The Republic. Elvis O.rrible B.loody E.erbet

Costello also reportedly took a dig at Diana Ross’ set, adding: “Listen, Diana Ross had a whole playlist of songs that would have fitted the occasion: ‘You Keep Me Hanging On’, ‘I’m Living In Shame’. I’m not saying ‘Love Child’. You never heard it from me.”

Now, he has responded to the reports and singled out the Mirror‘s article describing it as “typical Mirror shite” and that his criticism of Stewart was about the song choice and not the performance itself.

Alec Su on Making His Return to Music After Decades Away: ‘Today, I Am a Singer’