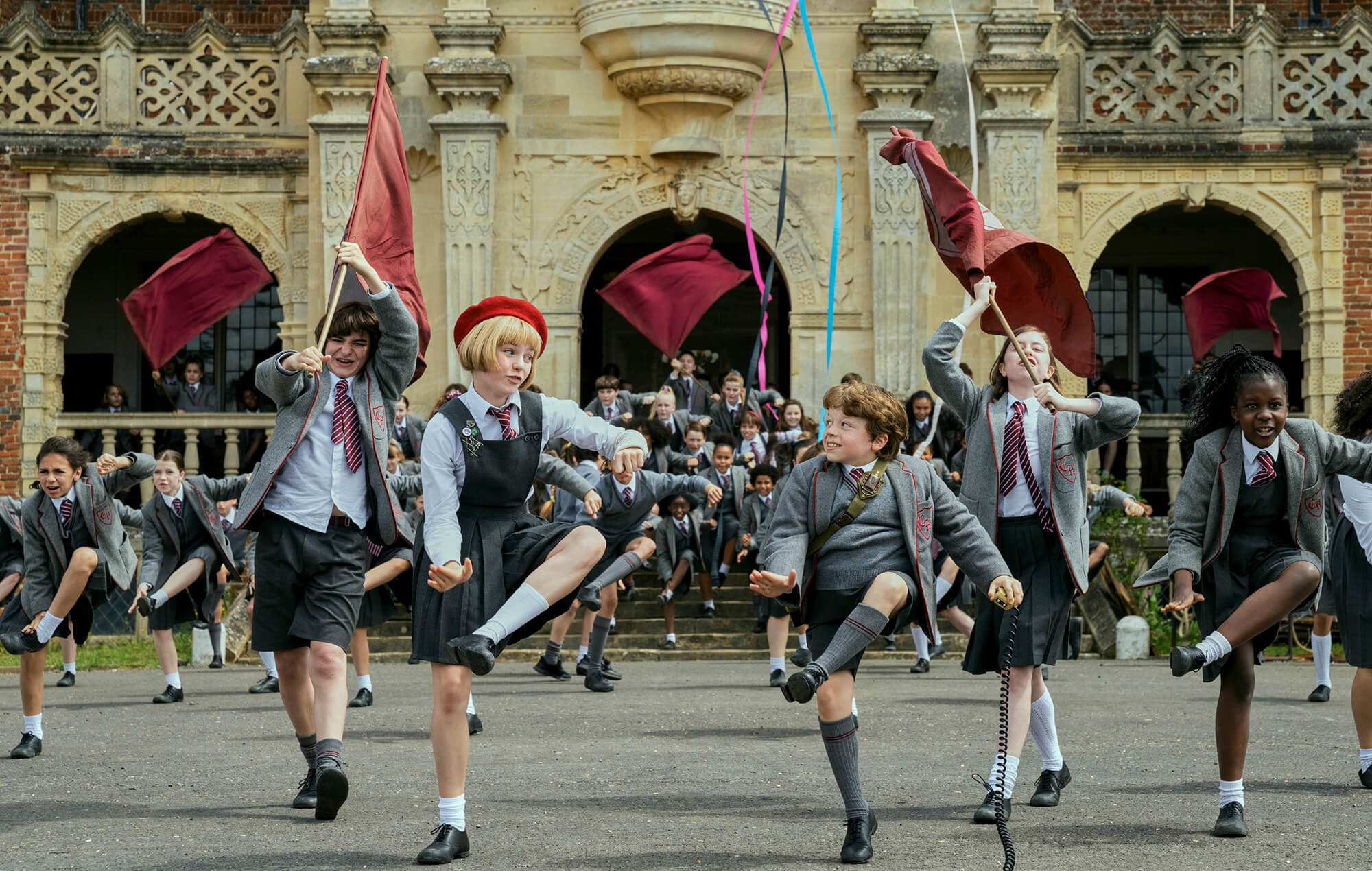 One of Roald Dahl’s best-loved children’s books – and later, a classic ‘90s film – Matilda famously tells the story of a wildly gifted four-year-old girl who is neglected by her parents, and constantly escapes to the safety of the library to devour Charles Dickens and Jane Austen. When an insistent Matilda is finally packed off to school, she’s excited to dive headlong into the world of literature, but instead finds that Crunchem Hall Elementary School (official motto: Bambinatum Est Maggitum, or ‘All Children Are Maggots’) is ruled over by the tyrannical Miss Trunchbull. A deluded former Olympic hammer thrower hellbent on reliving her glory days, the school’s headmistress is a pathetically petty villain of epic proportions, with a profound hatred for children. The punishments she dishes out – seemingly at random – are incredibly cruel. As well as force-feeding an entire chocolate cake to Bruce Bogtrotter in front of the entire canteen and using Amanda Thripp’s pigtails to hurl her over the school gates, Trunchball has constructed a spiked cupboard known as ‘The Chokey’ especially for disciplining pupils. Luckily enough, it turns out that Matilda can channel some of that incredible brain power into wreaking psychokinetic revenge – and ultimately, it’s an uplifting tale about standing up to bullies and the idea that it’s possible to choose your own family.

Matilda has already been transformed into an all-singing, all-dancing stage play before by Pride director Matthew Warchus – and he also helms this new film version of Matilda The Musical. It is heavily based on his seven-time Olivier-winning theatre adaptation. Though it thankfully chooses to omit certain eye-raising passages (the repeated references to abnormal under-carriages and a “smarting front bottom” have been whipped out of opening childbirth number ‘Miracle’ for instance), composer Tim Minchin remains on board for the music side of things. The far more flexible medium of film also offers the extra space to bring the musical’s additional dream-like visions to life, too – on several occasions, school children and maternity doctors don sequinned jackets in campy puffs of smoke. It’s mostly a nice stylistic touch, though far too much airtime is lent to a tedious story Matilda pens about an acrobat and her escape-artist husband.

The original 1996 adaptation of Matilda remains so iconic that all of the cast have intimidatingly huge shoes to fill, but newcomer Alisha Weir – discovered by an open call – succeeds in embodying the moral mischief of the title character brilliantly. Emma Thompson’s take on Miss Trunchbull – a tinpot dictator with the makeshift military uniform to match – summons both terror and ridicule. Unlike the book and previous film adaptation – as well as the stage play, where Trunchbull is always played by a man – Thompson dodges the cheaper comedy of sending her up as kind of butch-coded, bloke-hating villain. And trading in Marvel and Bond for choreographed numbers and showtunes, Lashana Lynch is perfect as Miss Honey. Andrea Riseborough – styled as a ballroom-dancing, less murderous sibling to Nighty Night’s Jill Tyrell – and a dental veneer-wearing Stephen Graham are also fantastic as Matilda’s morally-bereft parents. Every one of the young supporting cast delights, too, with plenty of well-timed one liners between them.

Bettering the original film was always going to prove a lofty challenge, but by capturing all the anarchy and joy of its theatre production instead, Matilda The Musical offers something just as entertaining, and a little different. Admittedly if you’re repelled by musical theatre, the sheer volume of jazz hands on offer here might prove too off-putting. But if you’re still on the fence, it’s well worth leaving any scepticism at the door.

‘The Dark Pictures Anthology: The Devil In Me’ review: a deliciously macabre tale