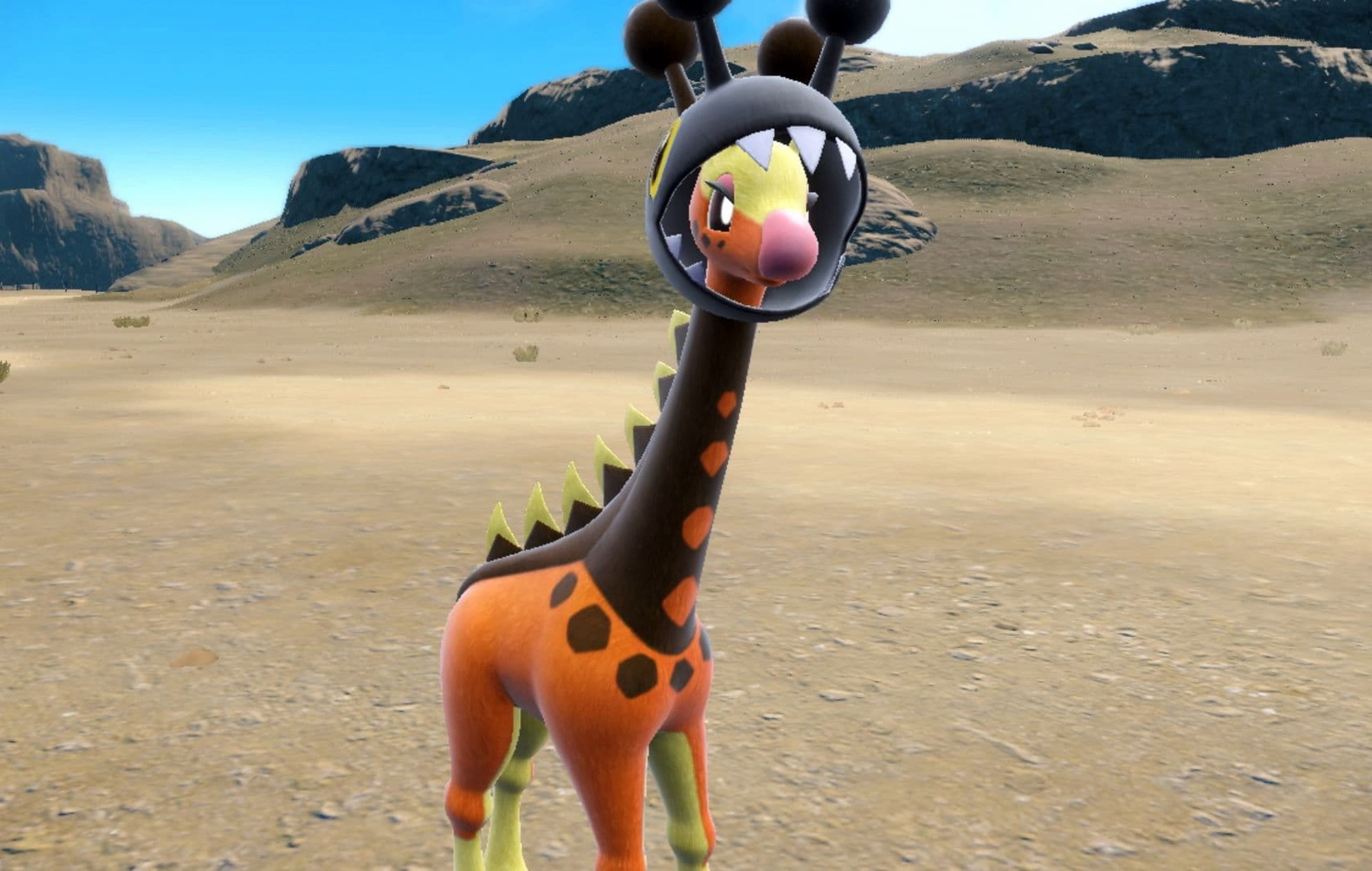 The Pokémon Company has released a 14-minute trailer for the upcoming Pokémon Scarlet and Violet, showcasing a number of the game’s mechanics and revealing a brand-new evolution for Girafarig.

The trailer released today (October 6), and at 14 minutes, the generous trailer showcases a wide spread of what we can expect in the highly-anticipated title.

Through a host of actual gameplay footage, the trailer shows the new Paldea region, offers an in-depth look at the game’s exploration and battling systems, as well as some more adorable features, such as bathing your Pokémon and even making a picnic for them.

We also got our first look at a brand new Pokémon, Firagarif, a Paldea-exclusive evolution for Girafarig. This evolution does away with one of Girafarig’s two heads, although not its two brains according to its official description, which reads: “Both of Farigiraf’s brains are connected through thick nerves, increasing its psychic energy, and it can emit psychic waves from the antennae on its head.”

The Pokémon Company also showed more details about the game’s latest mechanic, Terrastalizing. Pokémon that can Terrastalize will have a sparkling effect when seen in the wild, which gives them a new type that is different from their standard type. For explanation, the electric-type Pikachu could become a fire-type via Terrastalizing.

Scarlet and Violet also introduces the “Let’s Go” command, in which the player can send out their Pokémon for automated battles – ideal for those wanting to skip the grind while leveling up the latest member of their team.

There’s also changes to TMs (technical machines), items that players use to teach their Pokémon new moves. Players can now create their own TMs using materials that drop after battles.

Pokémon Scarlet and Pokémon Violet will release exclusively for the Nintendo Switch on November 18, featuring the brand-new Paldea region, which is based on the Iberian Peninsula. The game will be something of a departure for the series, with its focus on an “open-world experience” that allows the player to explore this new world at their leisure – rather than being guided down a predetermined path, as is traditional for the series.

In other gaming news, Nintendo will stream Animal Crossing and Splatoon 3-themed concerts this week.