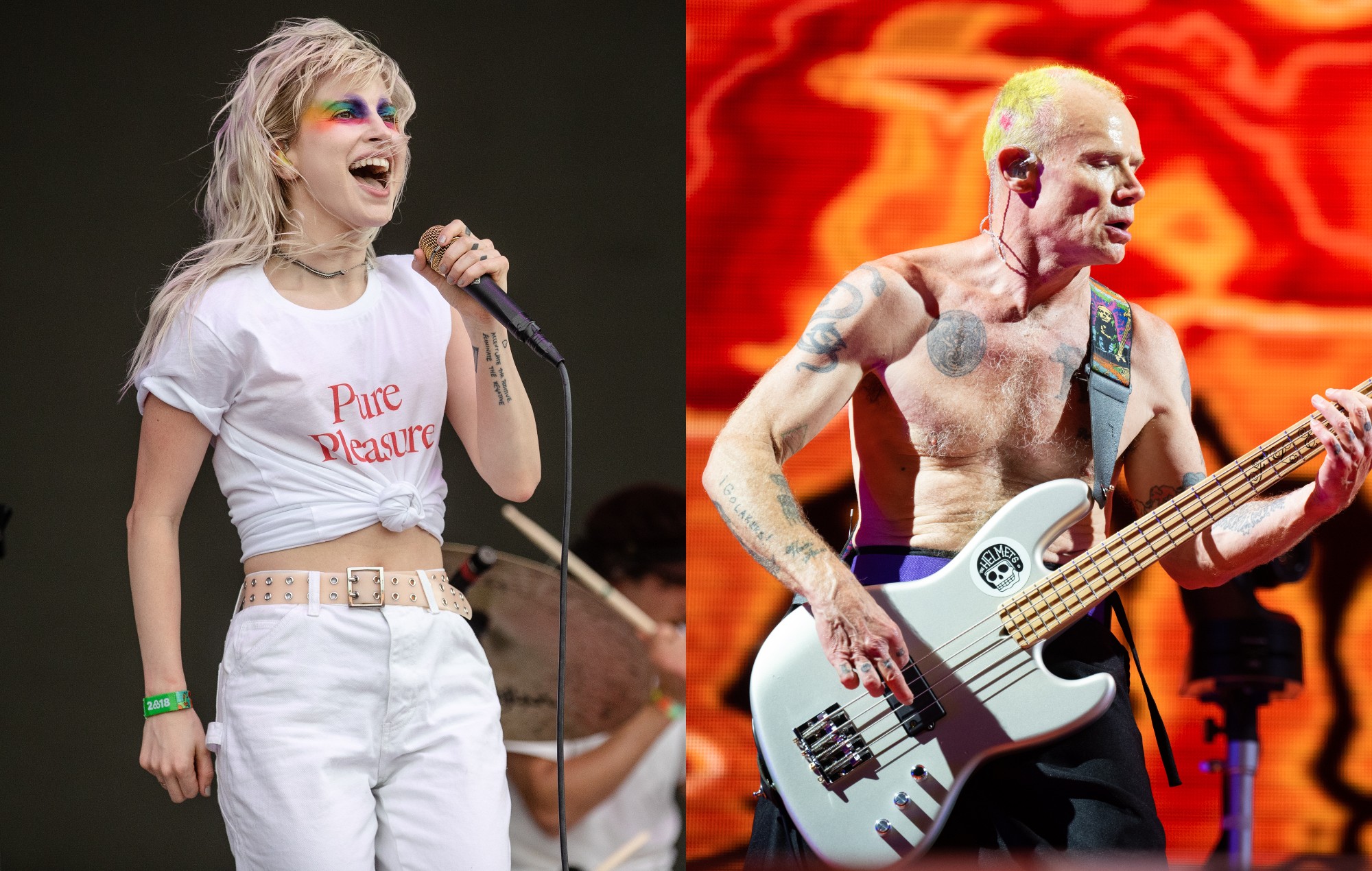 Hayley Williams of Paramore has led a ‘Happy Birthday’ singalong with her band’s crowd at Austin City Limits, directing the message to Flea on his 60th birthday.

Paramore’s set at the Texan music festival took place on October 16, and included Williams’ tribute to the Australian rocker – who she said she’s “​​loved… since I was 8 years old and it was really inappropriate”. The frontwoman ended the iconic song on a high-note, to rapturous crowd applause.

Flea – who is the bassist of fellow Austin City Limits act Red Hot Chilli Peppers – later referenced Williams’ tribute during his band’s own set at the festival, before enjoying another rendition of ‘Happy Birthday’ from bandmates Anthony Kiedis, Chad Smith and John Frusciante. Flea (real name Michael Peter Balzary) was born on October 16, 1962.

Williams’ message to Flea formed part of Paramore’s broader Austin City Limits setlist, which elsewhere included a cameo from PinkPantheress. The singer joined Paramore on stage for a joint performance of ‘Misery Business’, the lead single of the band’s 2007 sophomore studio album ‘Riot!’.

paramore brought up pinkpantheress to sing misery business at #ACLFest

Paramore, Red Hot Chilli Peppers and PinkPanthress were three of the acts who played across the two weekends of this year’s Austin City Limits. They joined a line-up that also included the likes of SZA, Flume, Lil Nas X and Yungblud. Paramore performed during the festival’s final day, taking to the stage alongside fellow headliners Kacey Musgraves, ZHU, Red Hot Chilli Peppers and Marcus Mumford.

It came as part of Paramore’s ongoing North American tour, which was announced in July and marks the band’s first live performances in over four years. They will next perform at Las Vegas’ When We Were Young festival, before taking to Chicago, Cincinnati, Atlanta and St Augustine. The leg wraps up in Mexico on November 19.

In September, Paramore announced that their long-awaited sixth album, ‘This Is Why’, will arrive in February 2023. It will mark their follow-up to 2017’s ‘After Laughter’, and has been previewed by the title track, which marked the band’s first single in five years. As a solo artist, Williams’ last full-length effort arrived in 2021 with her second studio album, ‘Flowers For Vases / Descansos’.

You Me At Six tell us about new album ‘Truth Decay’: “No one can do it like us”