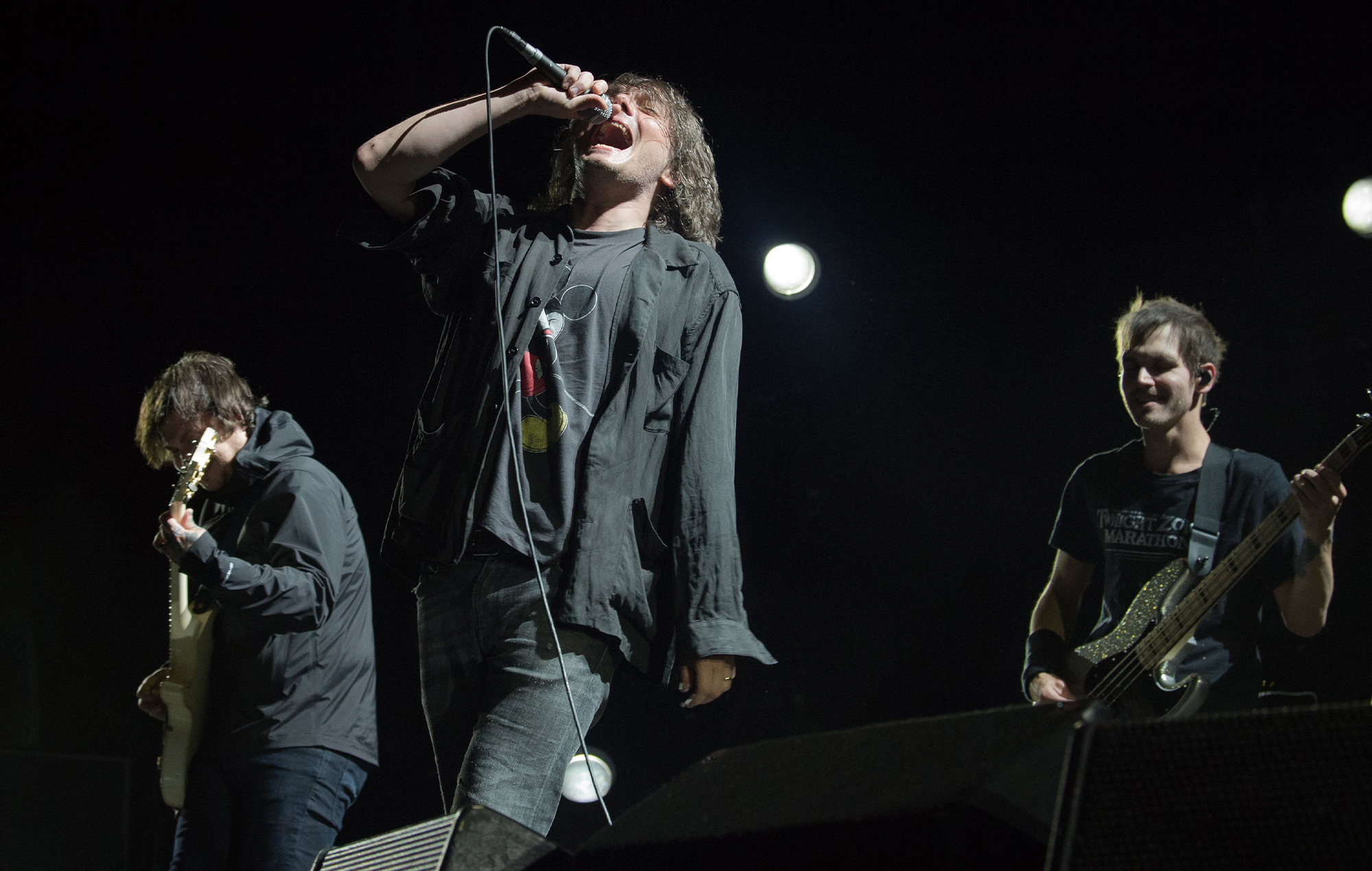 On Monday night (October 17), My Chemical Romance wrapped up their five-night residency at the Kia Forum in Inglewood, California. There, they performed the deepest cut in their entire catalogue: ‘Sister To Sleep’, a song they’d performed live just once before, nearly a decade ago, and never released in any official capacity.

Initially written during the sessions for their second album, 2004’s ‘Three Cheers For Sweet Revenge’, the band performed ‘Sister To Sleep’ for the first and only time on June 26, 2003, when they played a small club show in New York City.

After the only known recording of it – a low-quality bootleg from the New York show – gained traction in forums and on platforms like MySpace, the song went on to become a cult favourite within My Chemical Romance’s online fanbase. A studio recording of it has never been released, but does exist: shortly after the band broke up in 2013, a short snippet of it leaked on Tumblr.

In an interview from 2003, frontman Gerard Way explained that ‘Sister To Sleep’ was based on the DC Comics character The Sandman. “It’s about sleep deprivation, being in an institute for that,” he said, “and not being able to sleep. And then people trying to make you sleep, but if you go to sleep, you’re going to die – and you know it, so you’re trying not to.”

It was the second song in their set last night, following their comeback single ‘The Foundations Of Decay’. It also featured lyrics different to those in the 2003 version, including an entirely new second verse.

Elsewhere in the set, My Chemical Romance performed the ‘Danger Days’ single ‘SING’ for the first time since 2012, and ‘Fake Your Death’ – the last track they released after disbanding, as part of their ‘May Death Never Stop You’ compilation – for the first time ever.

Have a look at some fan-shot footage from those moments below, then see their full setlist from last night (via setlist.fm):

My Chemical Romance’s five-date stint in Inglewood delivered a slew of deep cuts and rarities. At the first show (on October 11), they performed their cover of Bob Dylan’s ‘Desolation Row’ for the first time since 2011.

The following night (October 12), they played a whopping 10 songs from ‘Three Cheers For Sweet Revenge’, before delivering the live debut of ‘The Black Parade’ B-side ‘All The Angels’ – as well as the first performance of ‘Kill All Your Friends’ since 2008 – on October 14.

The North American leg of the band’s reunion tour will continue this week, with the band headlining When We Were Young in Las Vegas. They’ll finish the run with a slot at the Corona Capital festival in Mexico, before taking the tour to Australia and New Zealand next March.

Other shows on the tour – which also rolled through Europe and the UK earlier this year –have seen the band deliver rarities such as ‘Demolition Lovers’, ‘The Only Hope For Me Is You’, ‘It’s Not A Fashion Statement, It’s A Fucking Deathwish’ and ‘Bury Me In Black’, as well as the live debuts of ‘Conventional Weapons’ songs like ‘Make Room!!!!’, ‘Tomorrow’s Money’ and ‘Burn Bright’.

Last month, at the reunited band’s first show in their home state of New Jersey, Thursday joined them to perform their cut ‘Jet Black New Year’ as something of a supergroup.

The post My Chemical Romance perform ultra-rare ‘Sister To Sleep’ for the second time ever in California appeared first on NME.

Kanye West calls for Louis C.K. to be uncancelled

U.S. Senate Holds Hearing on Ticketmaster Operations: “The Solutions Are There for the Taking”