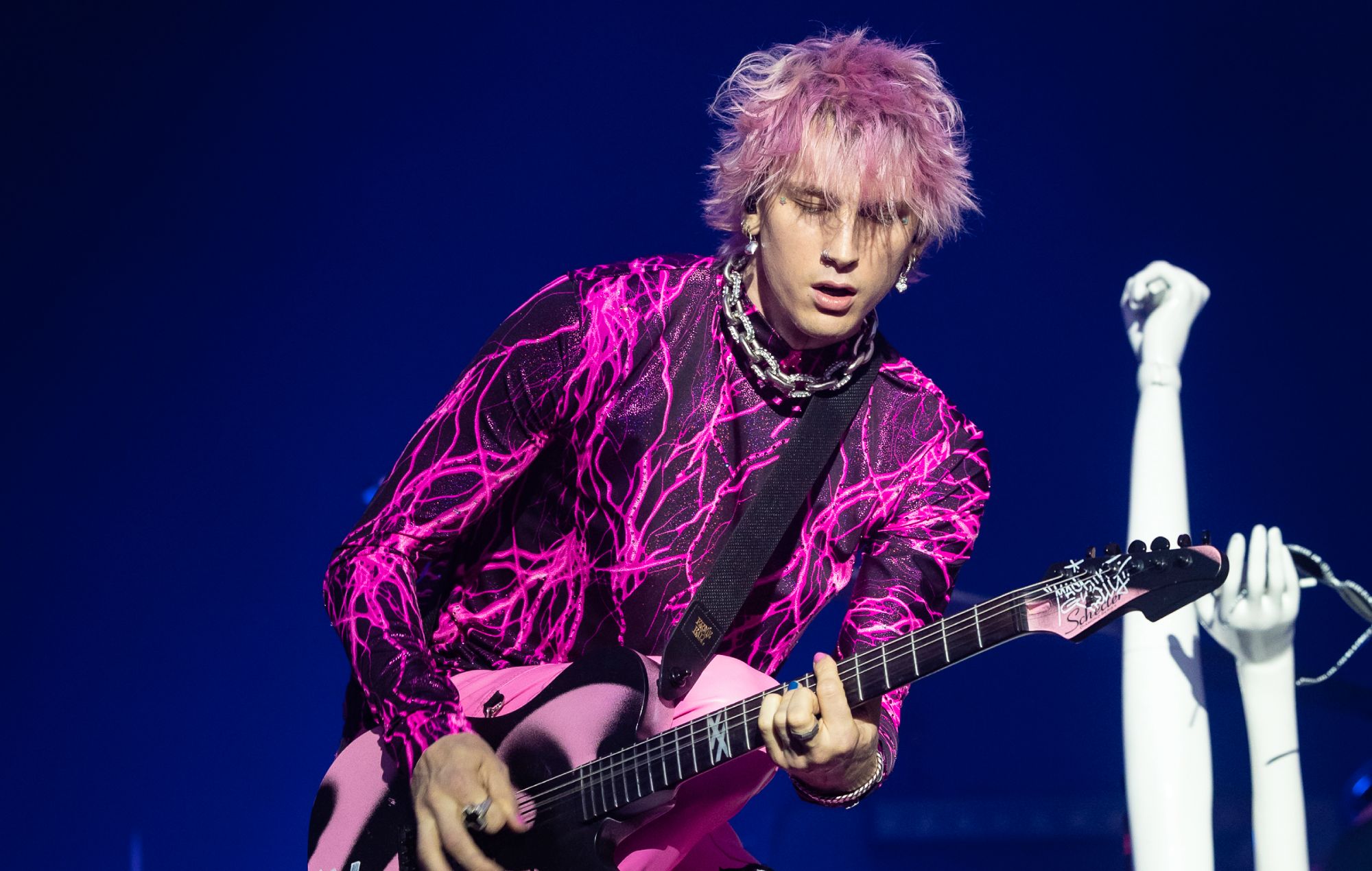 Machine Gun Kelly has shared a new video for ‘9 Lives’, which takes us behind the scenes of his huge 2022 world tour – check it out below.

The rapper-turned-rocker finished up the UK and European leg of his ‘Mainstream Sellout’ world tour in Amsterdam this week (October 12), and the new video mixes performance footage with shots of Kelly and his band backstage, on the road between gigs and more.

During the tour, Kelly paid tribute to the late Linkin Park frontman Chester Bennington at his Wembley gig. At the same show, he brought out Skepta and Yungblud, while covering Ed Sheeran’s ‘Thinking Out Loud’ at one of three tiny gigs at Kingston-upon-Thames’ Pryzm.

Go inside the ‘Mainstream Sellout’ tour through the new ‘9 Lives’ video below.

Reviewing MGK at Wembley Arena, the first UK date of his world tour, NME wrote: “It’s a swaggering bravado that dominates the two-hour, 29-track show from its first seconds, when he appears on Wembley Arena’s stage via pink helicopter.”

“Making Wembley Arena feel intimate, Machine Gun Kelly owns the stage for the duration of the concert. Backed by a five-piece band, the aggressive moments from his past two albums shake the foundations of the venue while cuts from the rap-heavy ‘Hotel Diablo’ inspire countless moshpits.

“The last time he was in London, it was at Brixton Academy, ‘and it didn’t look like this,’ laughs MGK before promising, ‘We are just beginning’. After tonight’s show, all bets are off about what comes next.”

‘Dead Island 2’ has been delayed by 3 months

Guess Who’s Back? Selena Gomez Returns to Instagram After Four Years: ‘Can You Tell I’m Back?’

The singer/actress returned with a simple selfie.