Skip to the content
HomeFeaturesLoretta Lynn: A trailblazer for women in country music who did it her way

Loretta Lynn: A trailblazer for women in country music who did it her way 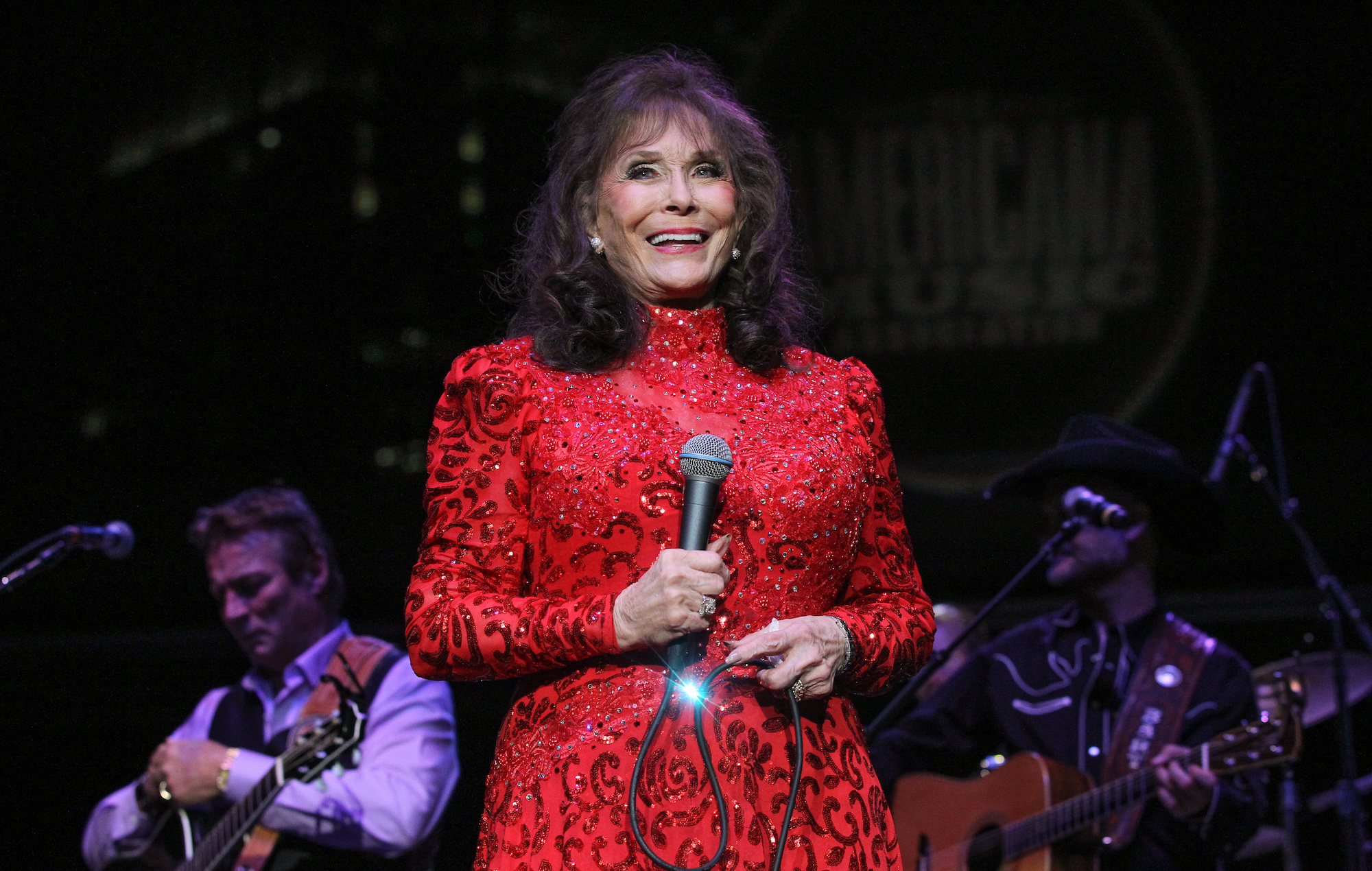 You’d struggle to make up Loretta Lynn‘s incredible life story, which is why Hollywood turned it into an Oscar-winning biopic starring Sissy Spacek. Released in 1980, that film was named Coal Miner’s Daughter after one of Lynn’s signature songs – and her personal favourite among the dozens and dozens she wrote during a 61-year recording career. The lyrics of ‘Coal Miner’s Daughter’, a proud but unsentimental account of her hand-to-mouth upbringing in rural Kentucky, implicitly acknowledges that Lynn didn’t expect to become a star. “I never thought of ever leaving Butcher Hollow,” she sings on the penultimate verse, namechecking the humble hometown that became part of her legend.

Because Lynn was a real person with a real person’s contradictions – and not a character concocted for a Hollywood rags-to-riches story – she could say things that liberal fans might find inconvenient. In her 1976 memoir, she wrote that she was “not a big fan of Women’s Liberation”, a position she never really veered from, even when “feminist” became a less loaded term in the 1990s and beyond.

More dispiritingly, she was an early and fervent supporter of Donald Trump, telling TIME magazine in 2016: “What he says he’s going to do, I think he can do.” None of this diminishes the great strides she made for women in country music. In 1972, she became the first female performer to be named Entertainer of the Year at the Country Music Association (CMA) Awards.

In 1948 at age 15, the woman born Loretta Webb married Oliver Lynn, who was six years older than her and nicknamed “Doolittle” because of his supposed laziness. The couple left Butcher Hollow (“Holler” was how Lynn sang it in her Southern twang) in pursuit of a more prosperous life in the logging community of Custer, Washington.

While raising her family in the early ’50s, Lynn bought a guitar and taught herself to play it, but had no grand ambitions. “If somebody had said that when I started singing, I would have said no way, I won’t be singing 50 years from now,” she recalled in a 2011 interview. “‘Cause I had four kids in school when I started singing. I think I was 26… I’d never sung out in public.”

But, encouraged by her husband, Lynn started playing in local bars with a group name that proved prescient: Loretta and the Trailblazers. She actually wanted her backing band to be an all-female unit called the Lynettes, but was told this was impossible in the pre-Sexual Revolution 1950s. “It was that old double standard again,” she wrote in her 1976 memoir.

“People started saying you can’t have a travelling girl band – if you had one incident, people would start gossiping about it.” After catching the eye of record executive Norm Burley when she won a TV talent contest, Lynn signed to Burley’s fledgling label Zero and released her debut single, ‘I’m A Honky Tonk Girl’, in 1960. The song was written by Lynn and Lynn alone, setting the precedent for the rest of her career.

Though the Lynettes never happened, she sought out female comrades throughout her career. Lynn credited country icon Patsy Cline as a mentor before the latter tragically died in a 1963 plane crash; she recorded the 1977 album ‘I Remember Patsy’ in Cline’s honour. Later, Lynn recorded a collaborative LP with fellow legends Dolly Parton and Tammy Wynette, 1993’s ‘Honky Tonk Angels’, and duetted with Kacey Musgraves at the 2014 CMA Awards.

Though Lynn was a country purist who expressed dismay when she felt the Nashville sound became “almost pop”, she wasn’t closed-minded musically. When Jack White asked to produce her 2004 comeback album ‘Van Lear Rose’, which went on to win two Grammys, he was still best known as the singer in blues-rock duo The White Stripes. And in 2016, she hailed another rock star, Paramore‘s Hayley Williams, as a “great singer” after Williams took to covering Lynn’s hit ‘You Ain’t Woman Enough (To Take My Man)’ in her live shows.

Writing her own songs gave Lynn more agency than many female contemporaries, but the content of those songs made her a true trailblazer. In 1966, she scored her first country number one with ‘Don’t Come Home A-Drinkin’ (With Lovin’ On Your Mind)’, a waltz about refusing the sexual advances of an intoxicated partner. Like so much of her music, it was firmly rooted in personal truth.

“When my husband was still living, he inspired most of [my songs],” Lynn said in 2011, 15 years after Doolittle’s death. On 1972’s ‘Rated “X”‘, she expressed empathy for women who were “talked about” and stigmatised after getting divorced. Most controversial and important of all was 1976’s ‘The Pill’, which became Lynn’s highest-charting song on the US pop chart. “Miniskirts, hot pants and a few little fancy frills,” she sings. “Yeah, I’m making up for all those years since I’ve got the pill.” It was a hearty celebration of the way birth control had given women long overdue sexual freedom.

Some of Lynn’s songs weren’t quite so sisterly. ‘Fist City’, which she first recorded in 1968, then revisited on 2016’s ‘Full Circle’ album because it was “Jack White’s favourite”, finds her squaring up to a romantic rival who’s after her man: “‘Cause I’ll grab you by the hair of your head / And I’ll lift you off of the ground.” Again, this doesn’t diminish the achievements of a woman who reached the top of the country music scene by doing things her way and writing from authentic experience.

“I do consider myself to be a role model,” she said in 1987. “Because before that there wasn’t anything that had much going for women in country music.” By 2011, she knew exactly what advice to pass on to budding songwriters: “Keep it real. That simple, Just keep it real.”

The post Loretta Lynn: A trailblazer for women in country music who did it her way appeared first on NME.

The producer-songwriter lets artists take the lead — and has become widely-beloved, and a very lik

‘Marvel’s Midnight Suns’ makes The Abbey a chore to love