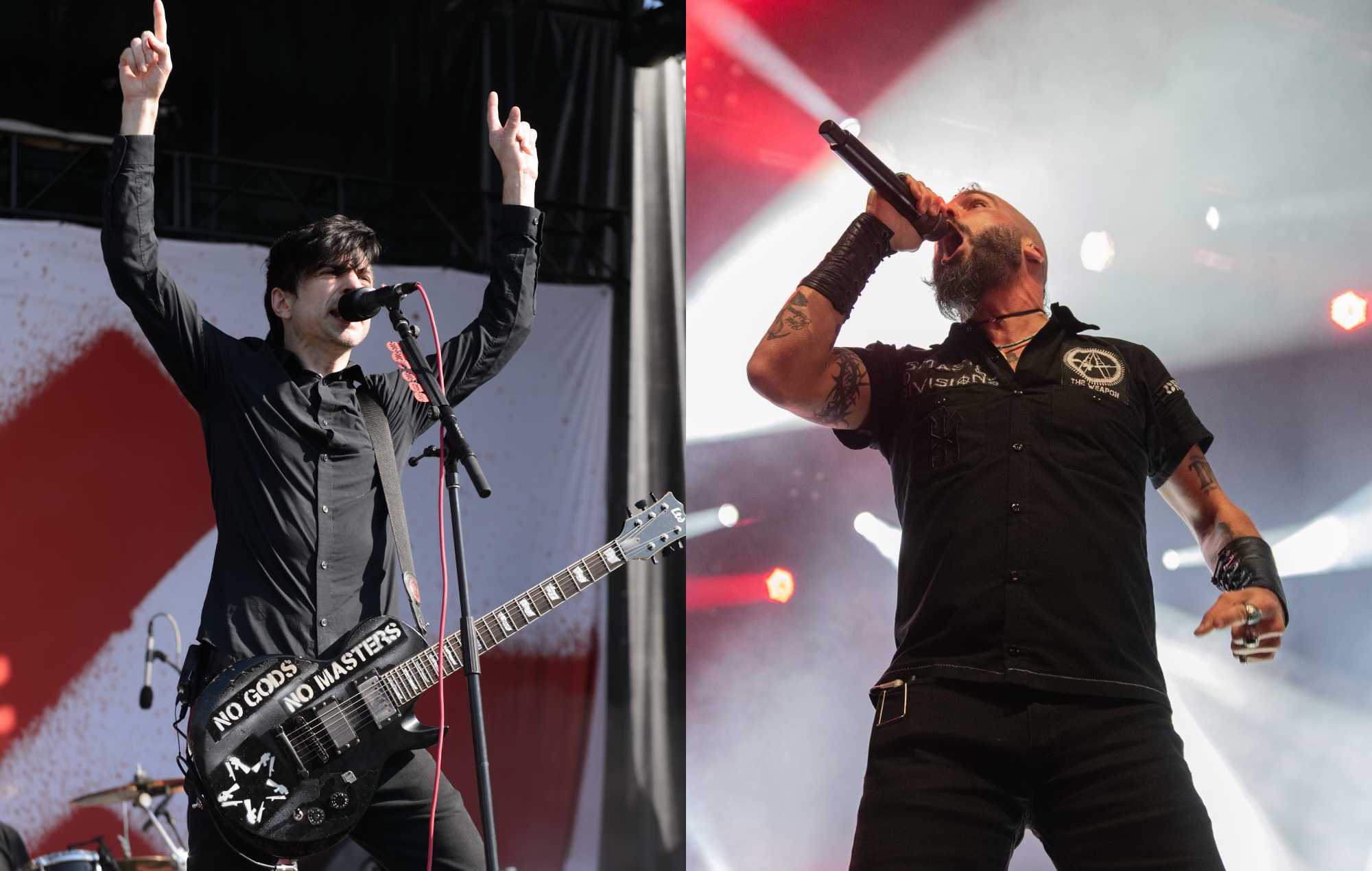 The track arrives ahead of the release of the band’s 13th studio album ‘Lies They Tell Our Children’, which is due on January 6 and follows 2020’s ’20/20 Vision’.

The raucous ‘Modern Meta Medicine’ arrives with a video that criticises the American healthcare system, with images of pills, pharmaceutical businessmen and text that provides worrying statistics.

“‘Modern Meta Medicine’ looks to trace back the origins of capitalism’s takeover of our health as global citizens, the Reagan era policies that allowed for billionaires to flourish off of the suffering of so many,” Anti-Flag said in a press statement. “Healthcare is a human right, and we need to steal our rights back from a machine that sees us as commodities and profit margins, however we can.”

They continued: “Let’s be honest, in a world and cultural climate that reaps division and sows a void of nuance in our conversations, writing a record that challenges a healthcare system that puts profit before people can be scary.

“But an opioid crisis, miracle cures for our weight, our skin, the hair on our heads, a limp dick, and then the simultaneous denial of access to healthcare for the bodies of pregnant people, the poor, Black and immigrant communities is a stark contrast that must be discussed.”

Anti-Flag are currently on tour in North America, with dates coming up in Portland, Chicago, Detroit and more. Find remaining tickets here.

In other news, Killswitch Engage were announced as headliners of next year’s Bloodstock festival in Derbyshire, alongside Megadeth.

Making their first ever appearance at the festival, Killswitch Engage will headline the Ronnie James Dio main stage on Friday (August 11), while Megadeth will close the event on the same stage on Sunday (August 13).

Pick your favorite new Latin music release of the week.

The 24-year-old's death has been linked to the rare condition of eosinophilia.

We're definitely edging toward something exciting in 2023.