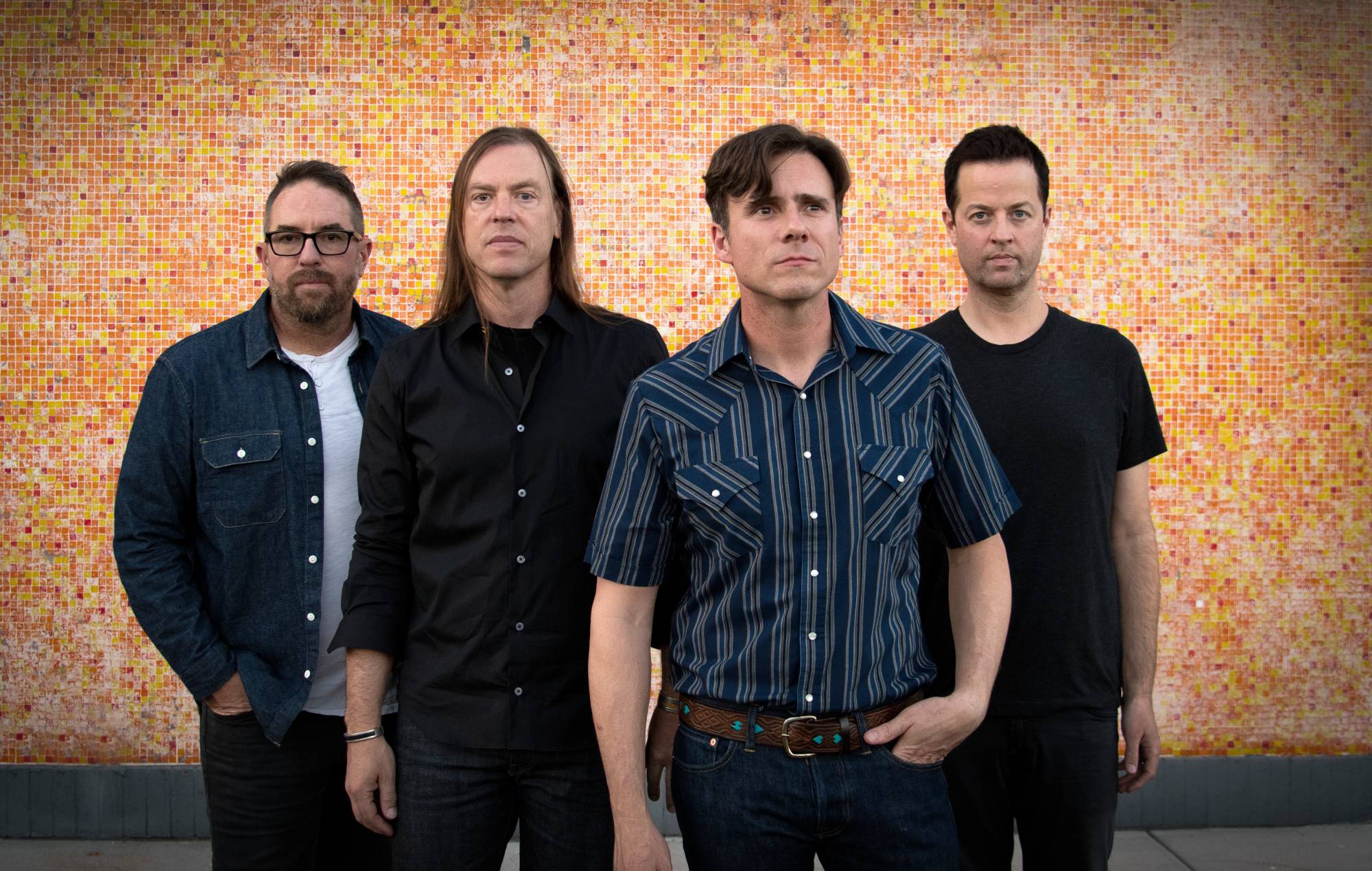 Jimmy Eat World have shared their new single ‘Place Your Debts’ – you can listen to the track below.

Self-produced by the band, the song follows on from the four-piece’s June single ‘Something Loud’ and its subsequent acoustic rearrangement, which arrived in September.

‘Place Your Debts’ was written by Jimmy Eat World in collaboration with Clark Baechle (The Faint) and Denver Dalley (Desaparecidos). “The ‘debt’ you rack up is the time you spend avoiding doing the work to know yourself,” frontman Jim Adkins explained in a statement.

“You buy an ending every time you start something, and the cost is determined by how closely you pay attention to your personal condition,” he added.

A video for ‘Place Your Debts’, which you can watch below, has also arrived today (October 19).

Directed by and starring Adkins, the clip was filmed throughout the UK, US and Europe during the band’s recent tour.

“It’s a series of many, many edits of me singing to the camera,” the frontman explained. “While every shot is different in terms of background, I’m framed with as close to the same composition in every one.

“It is a concept you can’t really scout for. You have to just be aware and be looking for interesting locations all the time.”

Jimmy Eat World will resume touring next week in the US – you can see their upcoming dates below and find any remaining tickets here.

Carrie Underwood Reveals Las Vegas Residency Dates for 2023: ‘I Love the Idea of Giving the Audience a Show, Not Just a Concert’

"We can do things in this production we aren’t able to do out on the road," she tells Billboar

Zoe Saldaña felt “bitter” at the start of filming ‘Guardians Of The Galaxy Vol. 3’