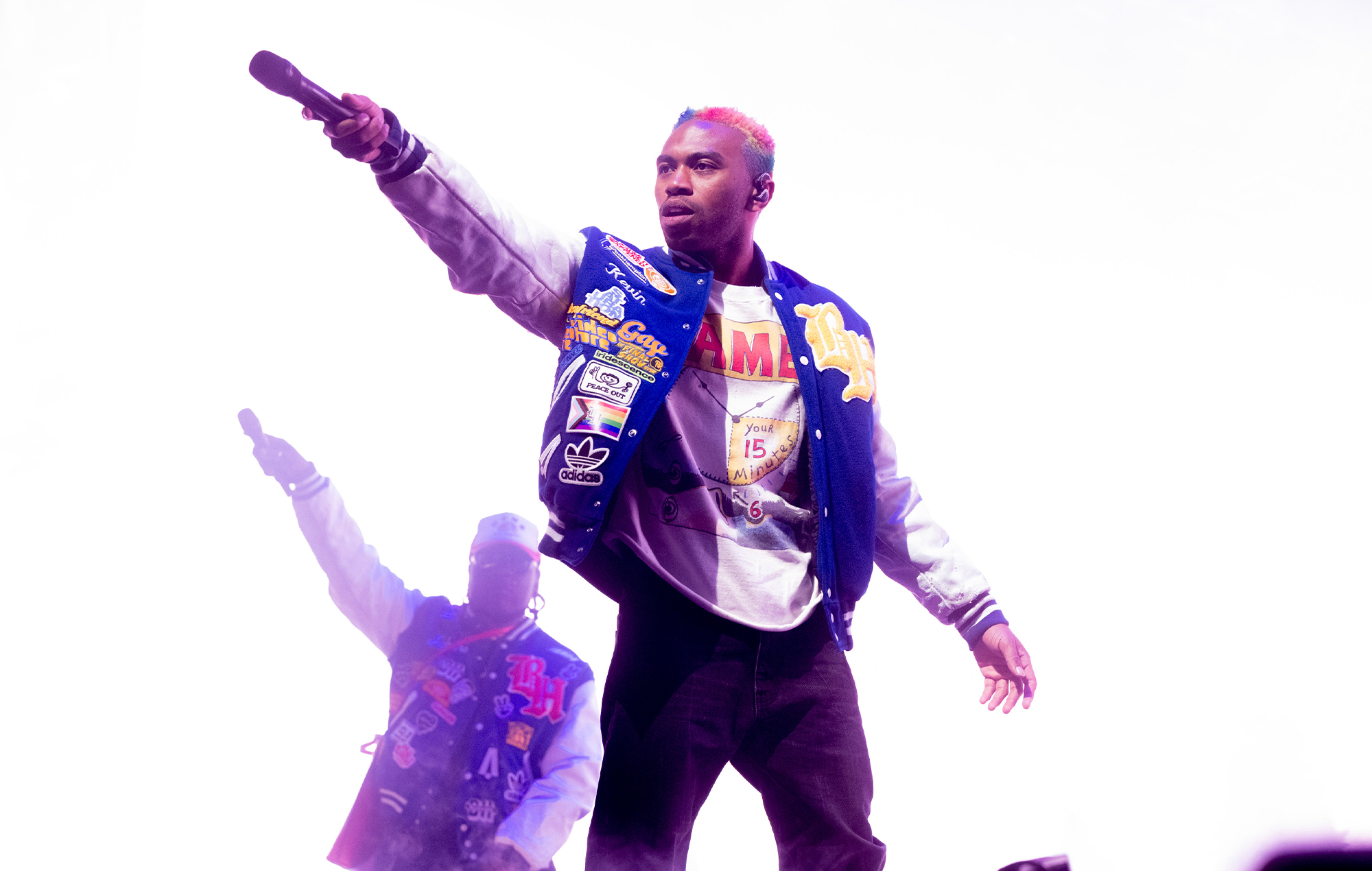 Brockhampton leader Kevin Abstract has reassured the group’s followers that a new album is indeed on the way, and will be released before the end of 2022.

As confirmed earlier this year, the group’s seventh album will be their final outing. They revealed back in January that 2022 would be their last year active as a group, with farewell shows being held at this year’s Coachella. It was there that Brockhampton announced their last album, following the news up shortly thereafter with a teaser trailer.

June saw the group drop a cover of Kool & The Gang‘s ‘Hollywood Swinging’ (released as part of the soundtrack for Minions: The Rise Of Gru), as well as a new solo single from rapper Merlyn Wood, however since its announcement in April, news on their final album has been slim.

Breaking his long-held silence, Abstract wrote in a Tweet yesterday (October 2): “BROCKHAMPTON ALBUM BEFORE YEAR IS OVER FUCK I AM EXCITED THANK U FOR BEING PATIENT.”

He went on to reveal that the album would be titled ‘No Cap’, and shared what he claimed to be its cover art (the latter earning some criticism from fans). It should be noted, though, that years past have seen Abstract share similar teasers for new Brockhampton albums, only for their titles and covers to be changed upon their formal announcements.

In another tweet, which he’s since deleted, Abstract stressed once again that ‘No Cap’ would be the last-ever Brockhampton album, writing: “Band is over. We broke up. But we will be releasing the final album before the year is over. And you do not want to miss it. It’s incredible. Also – thank you for tuning in and this nice message. Appreciate it. Big love!”

Have a look at Abstract’s remaining Tweets about ‘No Cap’ below:

The album is called NO CAP

At the time of writing, a release date for ‘No Cap’ is yet to be announced. It’ll follow up ‘Roadrunner: New Light, New Machine’, which arrived last April via RCA and the group’s own Question Everything imprint, and was supported by the singles ‘Buzzcut’ (featuring Danny Brown), ‘Count On Me’ and ‘Don’t Shoot Up The Party’.

In a three-star review of that album, NME’s Will Richards wrote: “Even on the album’s lighter musical moments – ‘Count On Me’ is a summer hit purpose-built for road trips, complete with a whistled melody, while ‘Old News’ also has a light, airy quality – every note of ‘Roadrunner’ is imbued with a deep melancholy.

“While it might not provide the same hit as the jubilant likes of early hits ‘Boogie’ and ‘Gold’, Brockhampton are still masters of tapping into a mood, and it’s an immersive trip as a result.”

Meanwhile, Abstract is also working on his fourth solo album. He claimed last May that the follow-up to his 2019 record, ‘Arizona Baby’, would be released later that year, releasing the Slowthai and $NOT-assisted ‘Slugger’ that July, and the Ryan Beatty-assisted ‘Sierra Nights’ a month later.

The album is still yet to materialise, but Abstract has kept busy: in May of this year, he linked up with Easy Life for a guest spot on their single ‘Dear Miss Holloway’.

Britney Spears Describes Harrowing MRIs as She Rips Into Conservatorship

The singer posted a series of tweets describing a previously unheard story about her treatment.