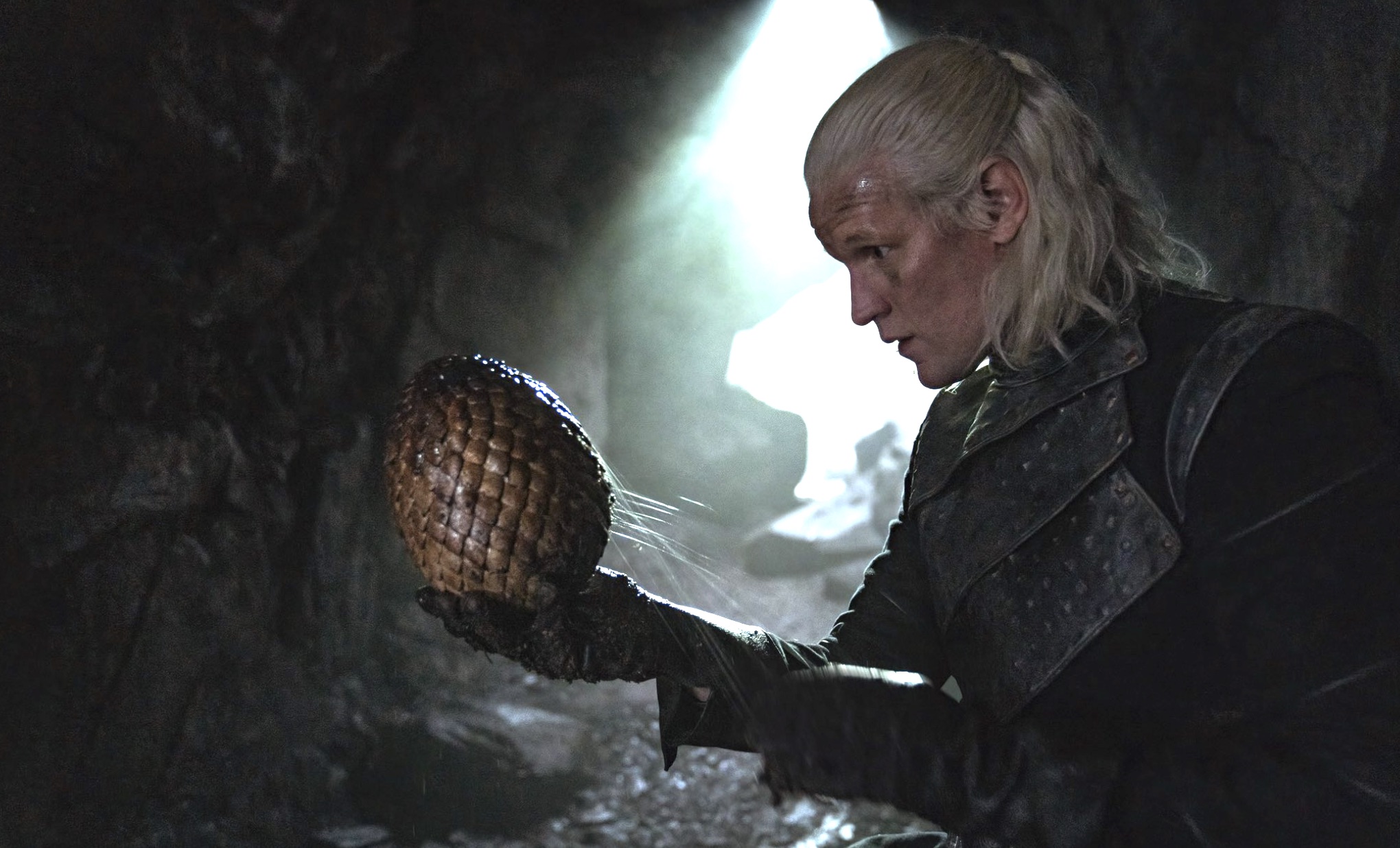 HBO has released a trailer for the latest episode of House Of The Dragon, setting up what looks to be a dramatic conclusion to the first season of the Game of Thrones prequel.

In the episode eight trailer, which you can watch below, we can see that the story has been thrust even further into the future with a second time jump, with Aegon, Aemond and Rhaenyra Targaryen’s sons all being recast with older actors.

The first time jump came in episode six, with Emma d’Arcy and Olivia Cooke taking over as the adult versions of Rhaenyra and young Alicent. The two characters had previously been played by Milly Alcock and Emily Carey, respectively.

Elsewhere in the trailer, we see Rhaenys sat upon the throne at Driftmark in the absence of her severely injured husband, Lord Corlys Velaryon aka The Sea Snake.

In a voiceover, Matt Smith’s character Daemon remarks: “The Sea Snake has taken a grave wound in battle in the Stepstones.”

Another character later adds: “Who will take the Driftwood throne?” suggesting Rhaenys’ time upon it could be short-lived.

After seeing Daemon get his hands on a precious dragon egg, the trailer then ends on an ominous note, with Rhys Ifans’ Otto Hightower warning: “The threat of war looms.”

You can watch the trailer below.

Last week, Game Of Thrones author George R.R. Martin teased that “the best is yet to come” on House Of The Dragon.

In a post on his official blog, the writer reflected on the first half of the season and referenced the recasting of Rhaenyra and Alicent.

“The show opened strong and has only been getting stronger,” Martin wrote. “Milly Alcock and Emily Carey were incredible as young Rhaenyra and young Alicent, were they not?

“With Sunday’s episode, Emma d’Arcy and Olivia Cooke took over as the adult versions of the characters. I think you will love them too. Or hate them, maybe. Love/hate. Westeros, like the real world, is full of complex characters, capable of both good and evil.”

The author went on: “Meanwhile, Matt Smith and Paddy Considine and Rhys Ifans and Fabien Frankel and Steve Toussaint and the rest of our cast continue to excel. I would be hard pressed to say which of them I love best.

“I hope you guys are enjoying HOT D as much as I am. And hey, four more episodes to go… the best is yet to come. And then on to season two!”

The post ‘House Of The Dragon’ teases war and another time jump in episode eight trailer appeared first on NME.

Game of ThronesHBOHouse Of The DragonNewsTV News
share on
Prev Next

The expectation-buckling Italian rockers are in the midst of U.S. tour dates after twice topping the