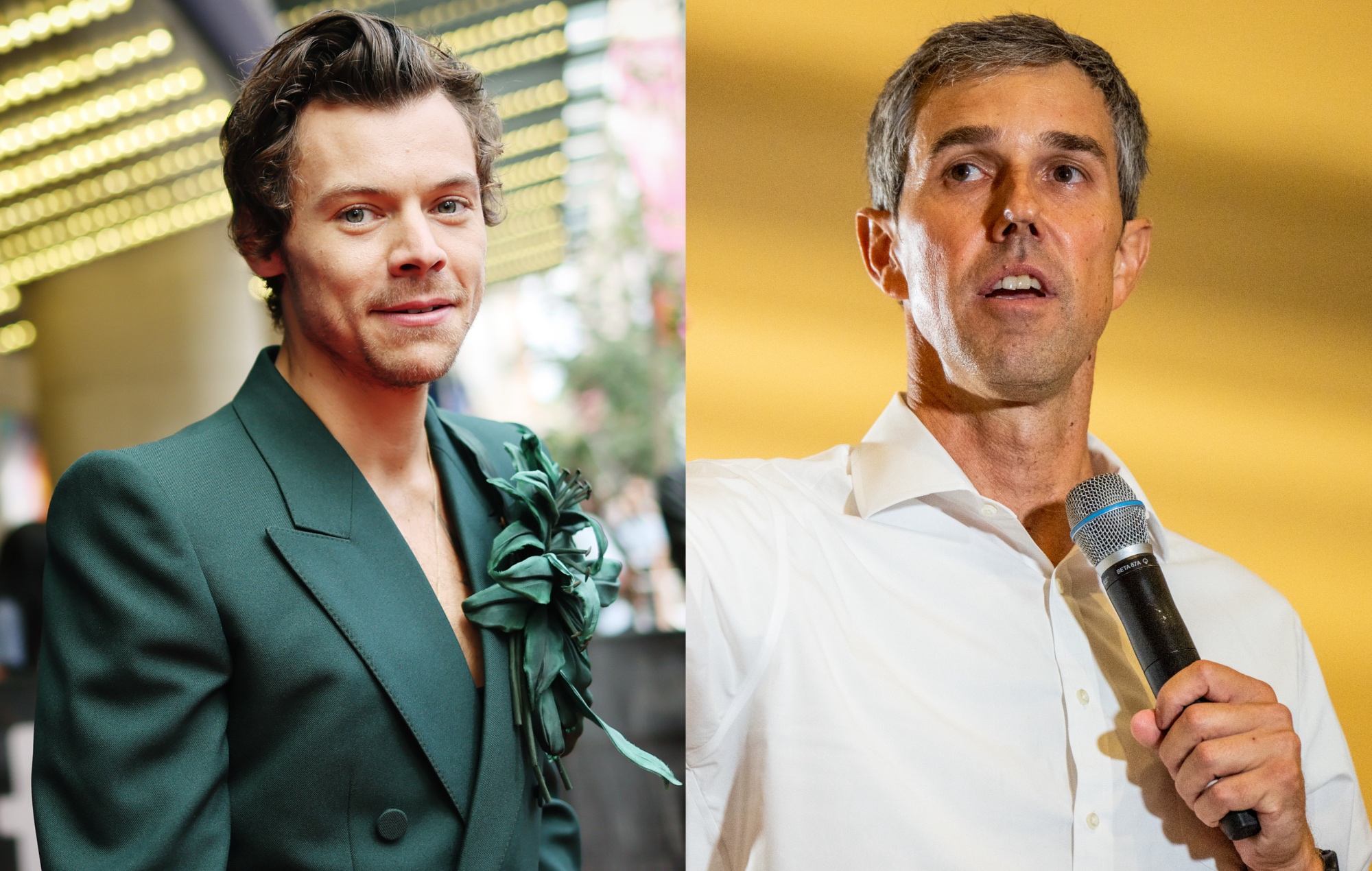 During a concert in Austin over the weekend, Harry Styles showed support for Texan gubernatorial candidate Beto O’Rourke, who was in attendance at the show.

O’Rourke will challenge incumbent Republican governor Greg Abbott for the role when voters head to the polls on Tuesday November 8, after winning the Democratic nomination for governor back in March.

O’Rourke was spotted in the crowd at Styles’ show on Sunday night (October 2), hours after he’d hosted a rally in South Austin with Willie Nelson. The show was one of six that Styles played at Austin’s Moody Center as part of his ‘Love on Tour’ dates.

After learning that O’Rourke was in the audience, Styles placed a “Beto for Texas” sticker on his guitar, pointing to it. Jumbotrons in the arena then showed O’Rourke seated in the stands as the audience applauded. Styles and O’Rourke also posed for a photo together, with O’Rourke sharing the image and writing, “Thanks, Harry!” on social media.

It’s not the time first Styles has endorsed a Democratic candidate. Back in 2020, during the United States presidential election, the British singer threw his support behind Joe Biden, retweeting one of Biden’s campaign videos and writing, “If I could vote in America, I’d vote with kindness.”

Last month, Styles encouraged fans to vote in the forthcoming midterm elections, partnering with the non-profit voter registration organisation HeadCount to urge his followers to get involved.

Styles’ current North American leg of his ‘Love on Tour’ continues Thursday (October 6) with the first of six shows at Chicago’s United Center. He’ll follow that stint with a whopping 15-date residency at the Kia Forum in Los Angeles, matching his recent run at New York’s Madison Square Garden.

Styles will round out his 2022 touring commitments with a run of South American shows. In February of next year, Styles will tour Australia and New Zealand, before kicking off a new batch of European, UK and Ireland dates later in the year.

Here’s every song on the ‘Wednesday’ soundtrack

‘Cyberpunk 2077’ contest will bring fan-made music to the game