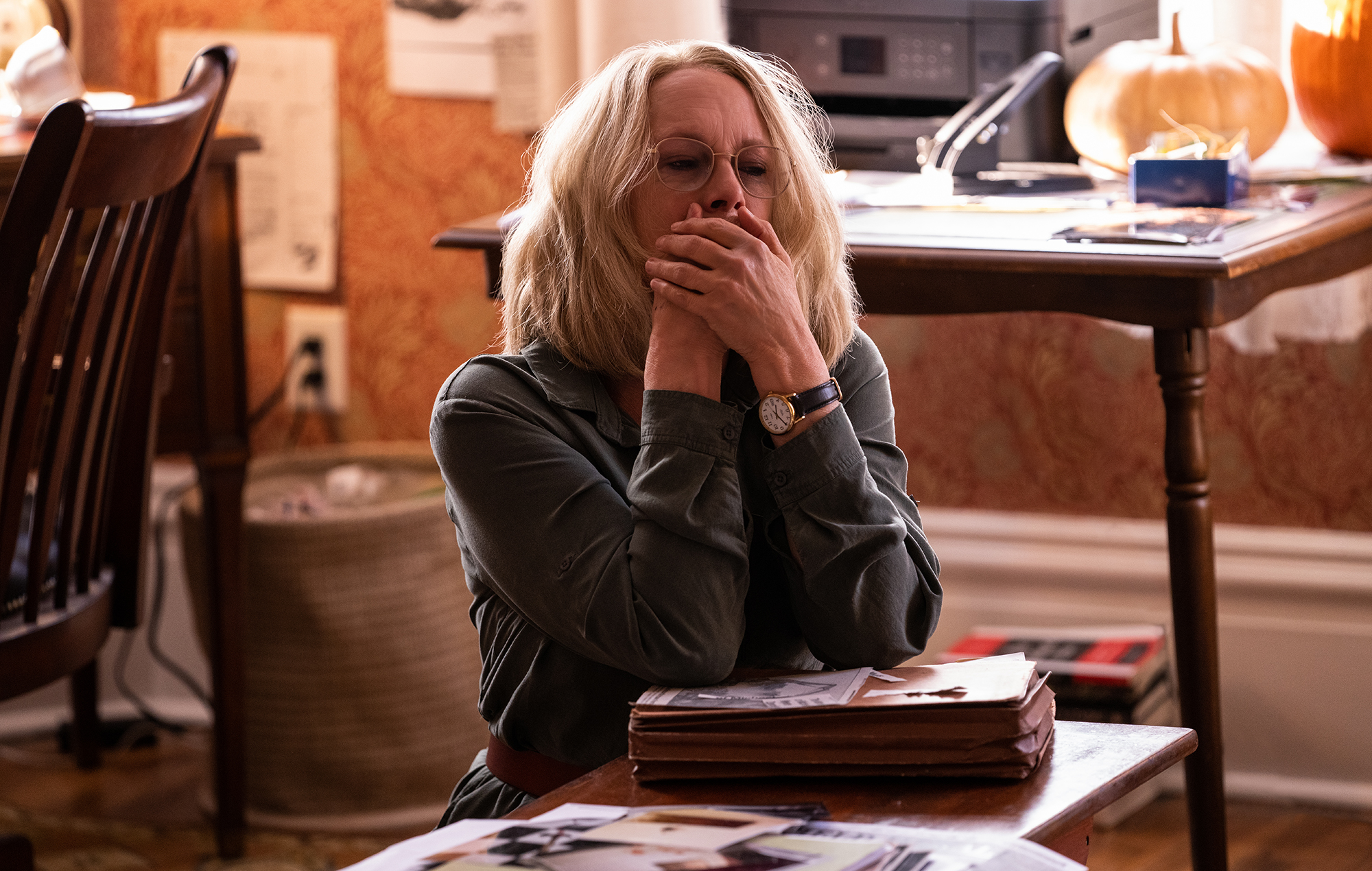 Can it ever really end though? Hollywood’s most unkillable horror franchise has been here at least a couple of times before – promising resolutions but giving us sequels, prequels and reboots instead. Michael Myers even had his head cut off once with an axe (see 1998’s Halloween H20), but that didn’t stop him coming back. Even if this new “final” chapter saw Myers flattened under a steamroller, there’d probably still be a chance of him returning as some kind of evil pancake.

For now, though, everything about Halloween Ends feels as much like a last chapter as it can. Director David Gordon Green’s new trilogy has had its ups and downs (in that order), but it goes out here on a high: enshrining Jamie Lee Curtis’ place as horror’s greatest, toughest scream queen, giving Myers some of his best bloodiest scares, and sticking a decent landing that’s been 44 years in the making.

Last year’s patchy Halloween Kills carried on directly from the same night Myers stabbed his way back into Laurie Strode’s (Curtis) life, but here part three allows itself a bit of a reset. Hardened into Sarah Connor shape after a lifetime spent fighting the same bogeyman, Laurie is still utterly broken inside, but she’s now slowly learning to process her pain by writing a memoir and spending some of her time baking pies for her granddaughter Allyson (Andi Matichak).

But there’s only so much to peace to be found when Michael Myers is still around. Last seen escaping the Haddonfield lynch mob four years ago, he hasn’t been heard from since. Which obviously means he hasn’t gone anywhere at all…

Spoilers abound in any reveal of the main plot, but Green manages to keep things fresh even as he dives right back to basics with schlocky kills, a retro synth score and a stripped-back story that doesn’t stray too far from the original template. And it’s scary, too. A few early jolts feel like cheap thrills but later set-pieces cut right to the bone (still the only franchise that’ll make you go home checking all the doors and windows are locked).

Whatever Kills tried to say about cycles of violence, Ends says it better. Green might still be slightly too obsessed with the franchise’s own mythology but here he flips the tropes on their head for good reason – the town’s new damaged babysitter Corey (Rohan Campbell) slotting into the dark-hearted story perfectly. Curtis gets a lot more to do now too, taking far less of a backseat to the youngsters even as Campbell and Matichak look like they might start taking over.

Better still, it goes a long way to capturing some of the same spirit of John Carpenter’s 1978 original. Less concerned with making a slick modern horror than with doing something genuinely interesting with the franchise – Green’s trilogy makes much more sense when you can see the whole picture. There’s a lot of history to cover here, and a lot of loose threads to tie, but Halloween Ends finally feels like a fitting way to end the saga. For now, at least…