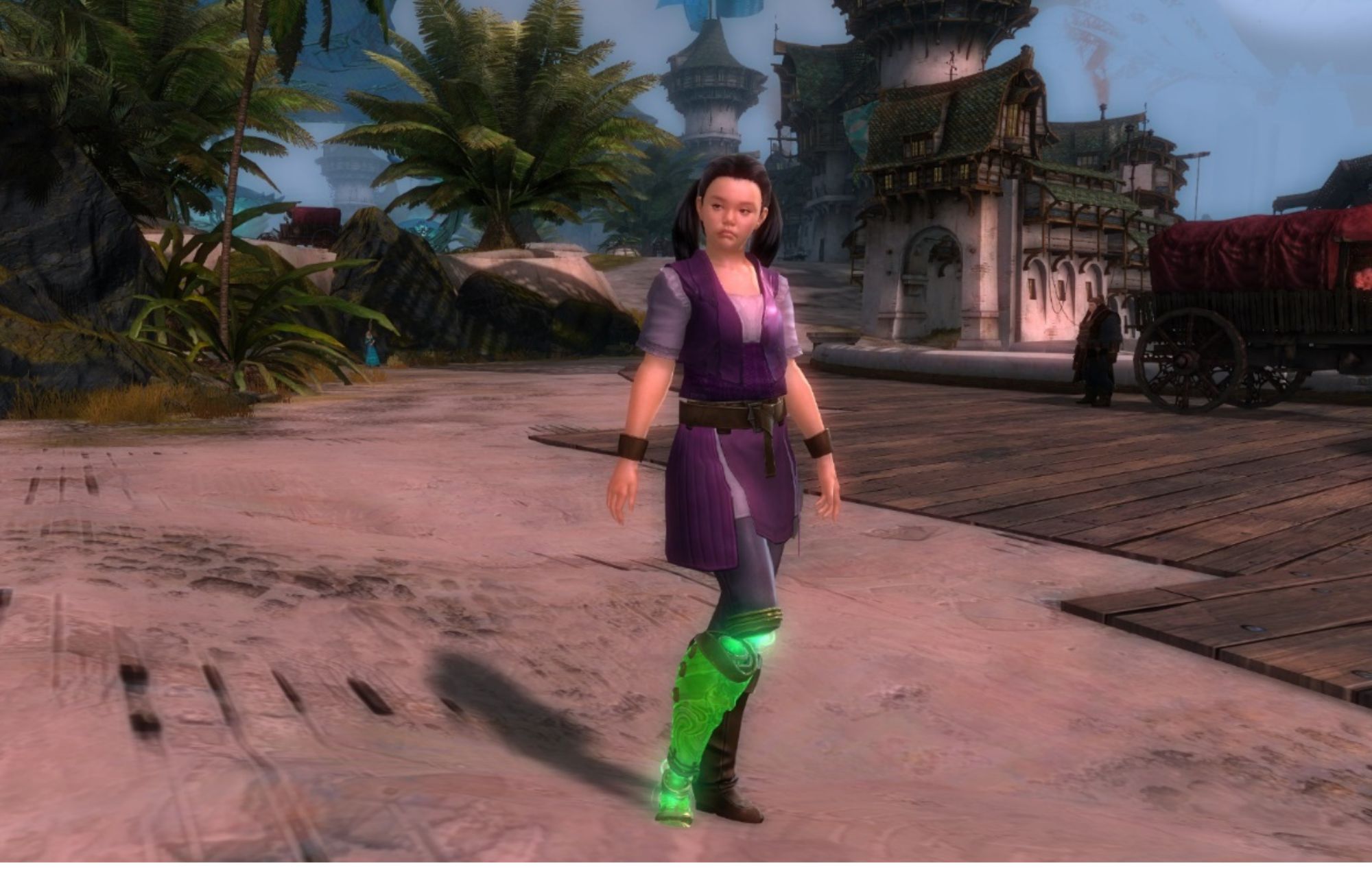 Developer ArenaNet has announced that Guild Wars 2 will be introducing a brand new story event featuring an NPC based on a real-life hero.

While the event is ongoing donations can be made and all proceeds will go to the Children’s Miracle Network Hospitals. April will also remain a permanent addition to the game.

Every year, the Children’s Miracle Network Hospitals identifies a “champion” in their local community and this year it’s April that Children’s Health of Orange County recognised.

April underwent a leg amputation to save her from a life-threatening infection that affected her muscles and now navigates the world with a prosthetic leg. Her parents took April to the hospital at 15 months old after they noticed she had a 105-degree fever and was struggling to breathe. Doctors later determined she was suffering from septic shock which was caused by a primary immune disorder.

Now at 10-years-old, April loves to sing, dance, and perform in local theatre productions. Her full story can be read here.

“We’re so excited for everyone to dig into April’s little adventure during our Extra Life Game Day,” said Guild Wars 2 narrative designer, Indigo Boock. “April’s character in-game is resilient, brave, and filled with charm—but she barely compares to her namesake. We can’t wait for you to witness our little mesmer’s shenanigans firsthand.”

In the game, April’s character was raised just outside of Divinity’s Reach, in the small village of Garenhoff. She’s described as an “ambitious and adept mesmer- and a serial meddler.” ArenaNet spent time with April and her family to get aspects of her design just right.

April will also be voiced by game industry icon Jennifer Hale, best-known for voicing female Shepard from Mass Effect, and many more popular characters in media.

In other news, Elden Ring dataminers have found potential DLC in the latest patch.

Here’s every song on the ‘Weird: The Al Yankovic Story’ soundtrack