Skip to the content
HomeFilm Reviews‘Glass Onion: A Knives Out Mystery’ review: another magical and multi-layered whodunnit

‘Glass Onion: A Knives Out Mystery’ review: another magical and multi-layered whodunnit 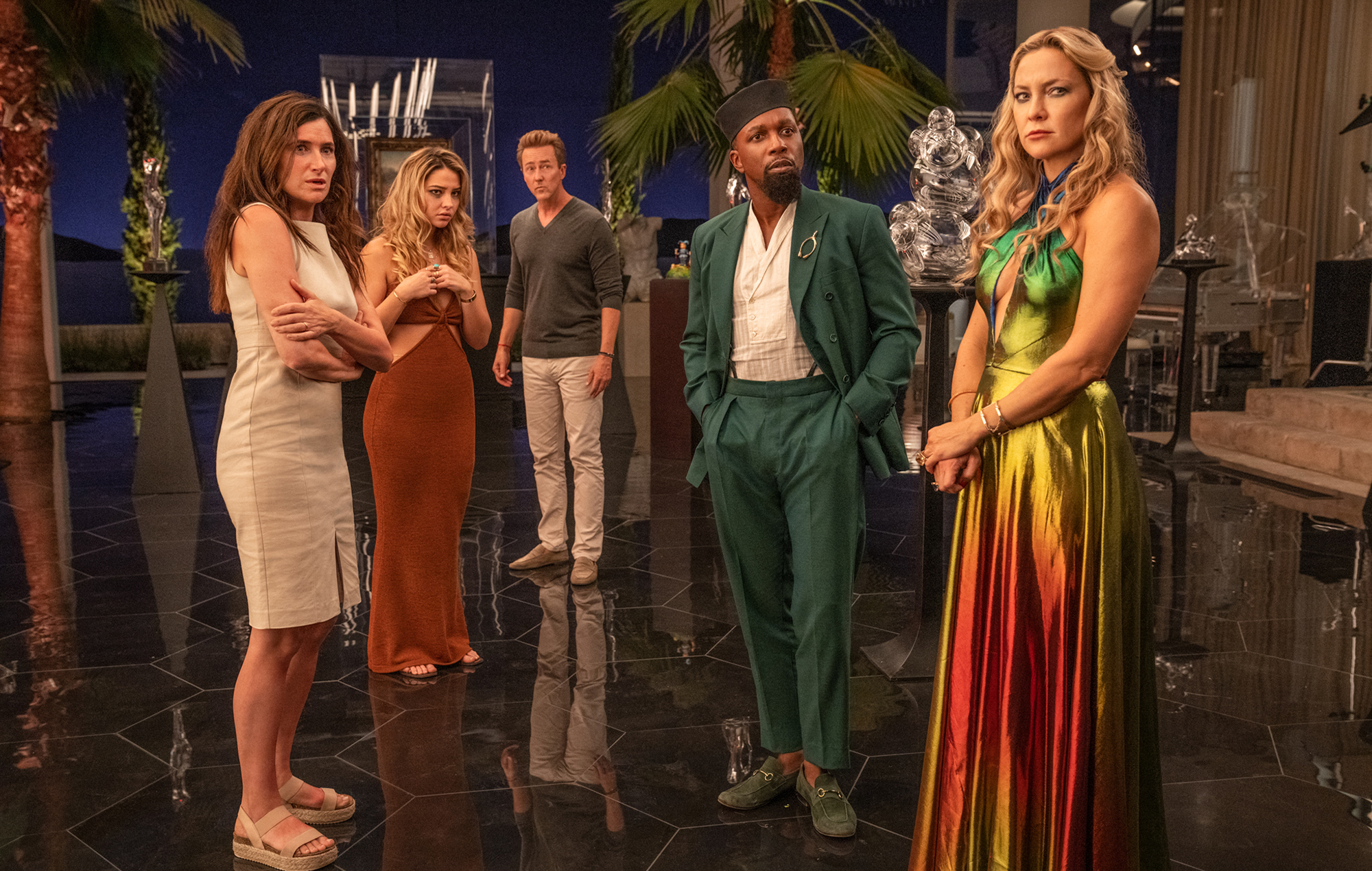 “This shit doesn’t happen in Cluedo,” says one of Glass Onion’s key players, ticking off suspects, motives and locations on a grid that looks exactly like the one you get in the board game. “That’s because it’s a terrible game”, drawls super-sleuth Benoit Blanc (Daniel Craig). If you want a better way to spend Christmas afternoon with the family then how about Rian Johnson’s immaculate whodunnit – a slick celebrity selection box full of secrets that’ll be even more fun watched a second and third time.

Pretty much exactly what you’d expect the multi-million dollar sequel to 2019’s Knives Out to be, Glass Onion is a bigger, flashier, funnier, twistier, clever-er riff on everything that worked well the first time. It might not have the old-world class of the original, and it arrives now with a full Netflix fanfare instead of sneaking up like a hidden gem, but it’s almost impossible to watch without feeling as if you’re being treated to something special.

As with the Agatha Christie novels it constantly winks at, you don’t need to have seen the first one to know what’s going on. This is a standalone story, with only Blanc returning as the world’s smartest detective (complete with Craig’s bizarre ‘Foghorn Leghorn‘ accent). This time, the murder moves from an English manor house to a private Greek island as Edward Norton’s tech billionaire Miles Bron (think Elon Musk meets Richard Branson) decides to host the mother of all murder mystery parties. And that’s about as much of the plot as you’ll want spoiled before going in.

Along for the ride is Bron’s ex-business partner (Janelle Monáe), a super scientist (Leslie Odom Jr.), an info-wars Twitch star (Dave Bautista), a wannabe senator (Kathryn Hahn) and an ex-supermodel (Kate Hudson). And that’s not even counting the A-list cameos (including the final on-screen performances of both Stephen Sondheim and Angela Lansbury). The ensemble might be crowded, but it never feels unbalanced – with Craig (still on terrific form) only really outshined by Monáe.

Perhaps the best way to absorb Glass Onion is to hit pause every 20 minutes so everyone can have a go at guessing who the culprit is. Even without that streaming luxury though, the film zigs and zags its way around the plot in gripping fashion. Somehow, there’s also room to fit in some spiky satire (including one speech that roasts Johnson’s own disruption of the Star Wars saga).

Everything that this year’s awful Death On The Nile wasn’t, Glass Onion celebrates the murder-mystery with style and sass by crafting Hollywood’s most expensive looking parlour game. This is what winter afternoons were made for.

The post ‘Glass Onion: A Knives Out Mystery’ review: another magical and multi-layered whodunnit appeared first on NME.

‘The Guardians Of The Galaxy Holiday Special’ review: deck the halls with Marvel magic

New Artist Spotlight? Time to Do a Double-Take on This Hip Hop ‘Moment’