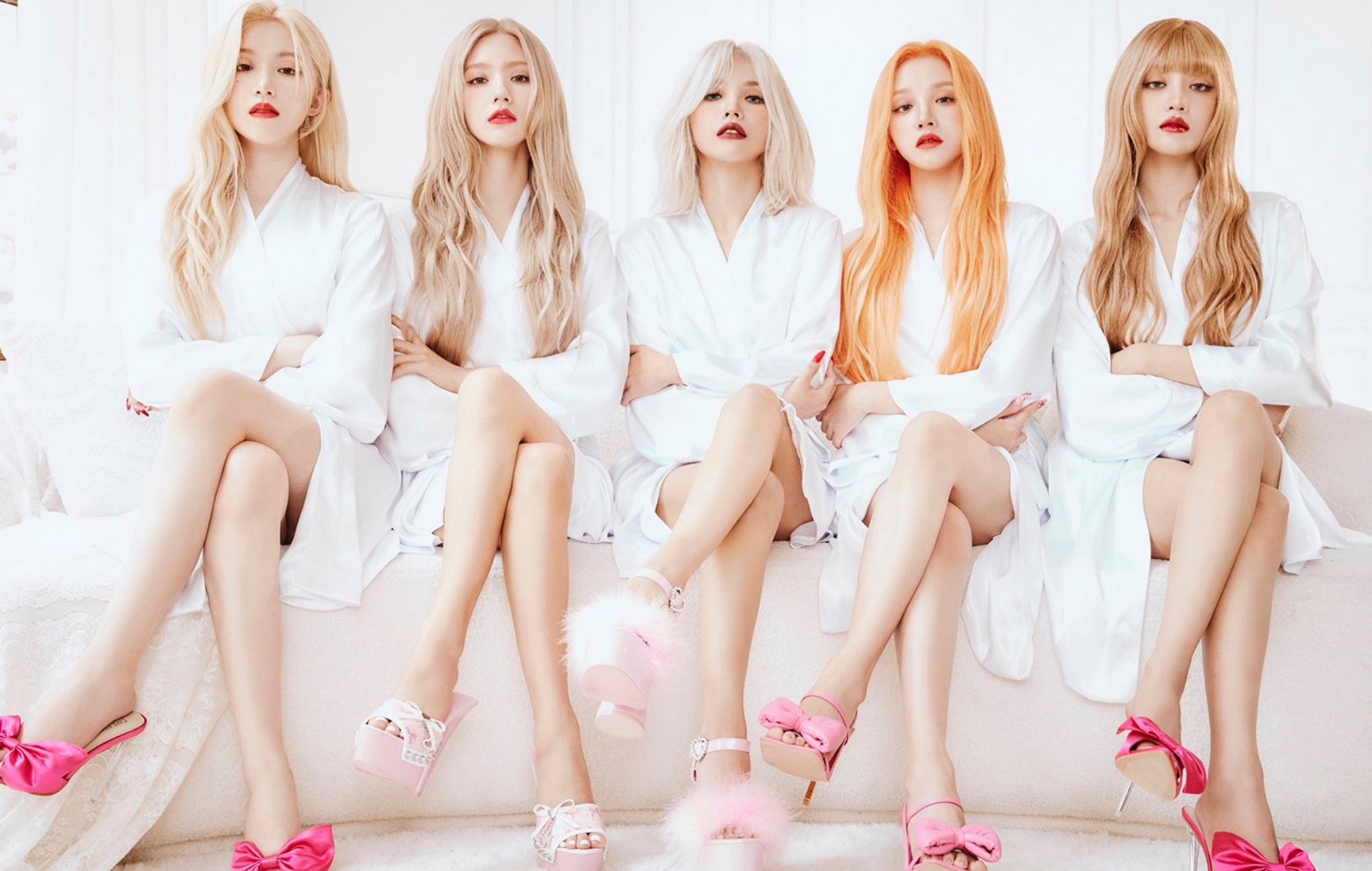 K-pop girl group (G)I-DLE have released their fifth mini-album ‘I Love’, and a stunning vintage-inspired music video for its lead single ‘Nxde’.

On October 17 at 6PM KST, the five-member act released the visual for ‘Nxde’, the lead single of their new record ‘I Love’, which dropped at the same time. The new visual features the members of (G)I-DLE as movie stars in showgirl-inspired fashion, along with several references to iconic Marilyn Monroe moments.

“Nude, I don’t give a love / baby how do i look, how do I look? / Put on my beautiful self, dda-dda-lat-dda-ra,” they sing on the bold new single, which aims to challenge perceptions of the word “nude”.

“The word ‘nude’ can be perceived as a provocative word, and people may think, ‘Why is it ‘nude’? Isn’t it too explicit?’ But when I thought of the word ‘nude’, I thought of my true self, not an undressed version of me,” said leader and rapper Soyeon of the track during the media showcase for the release.

‘I Love’ is the first (G)I-DLE record where the majority of songs were not composed by Soyeon. The rapper co-composed one other track ‘Love’, while vocalists Minnie and Yuqi worked on ‘Change’ and ‘조각품’ (‘Sculpture’) as well as ‘Reset’ and ‘DARK (X-File)’ respectively.

Prior to the release of the record, (G)I-DLE also dropped a special video for ‘DARK (X-File)’ on October 12 in a similar fashion to the track ‘My Bag’ from their March 2022 studio album ‘I Never Die’.

In a four-star review of that record, NME’s Tanu I. Raj praised the “climactic” track, writing: “With all members rapping against an instrumental inspired by classic hip-hop, ‘My Bag’ is bombastic and proud, but dang is it a good look on (G)I-DLE.”

(G)I-DLE also recently wrapped up their ‘Just Me ( )I-DLE’ world tour with its final show in Singapore, after successfully completing a series of concerts in the Americas, Japan and Southeast Asia.

Here Are All the 2022 AMAs Winners (Updating)

Bad Bunny leads the nominations for the 2022 American Music Awards with eight nods.

Aaron Carter’s Career Timeline: From ‘Crush on You’ and ‘Aaron’s Party’ to Broadway, TV and ‘Love’

Aaron Carter, who died at age 34, became a star as 9-year-old child, when he opened for the Backstre