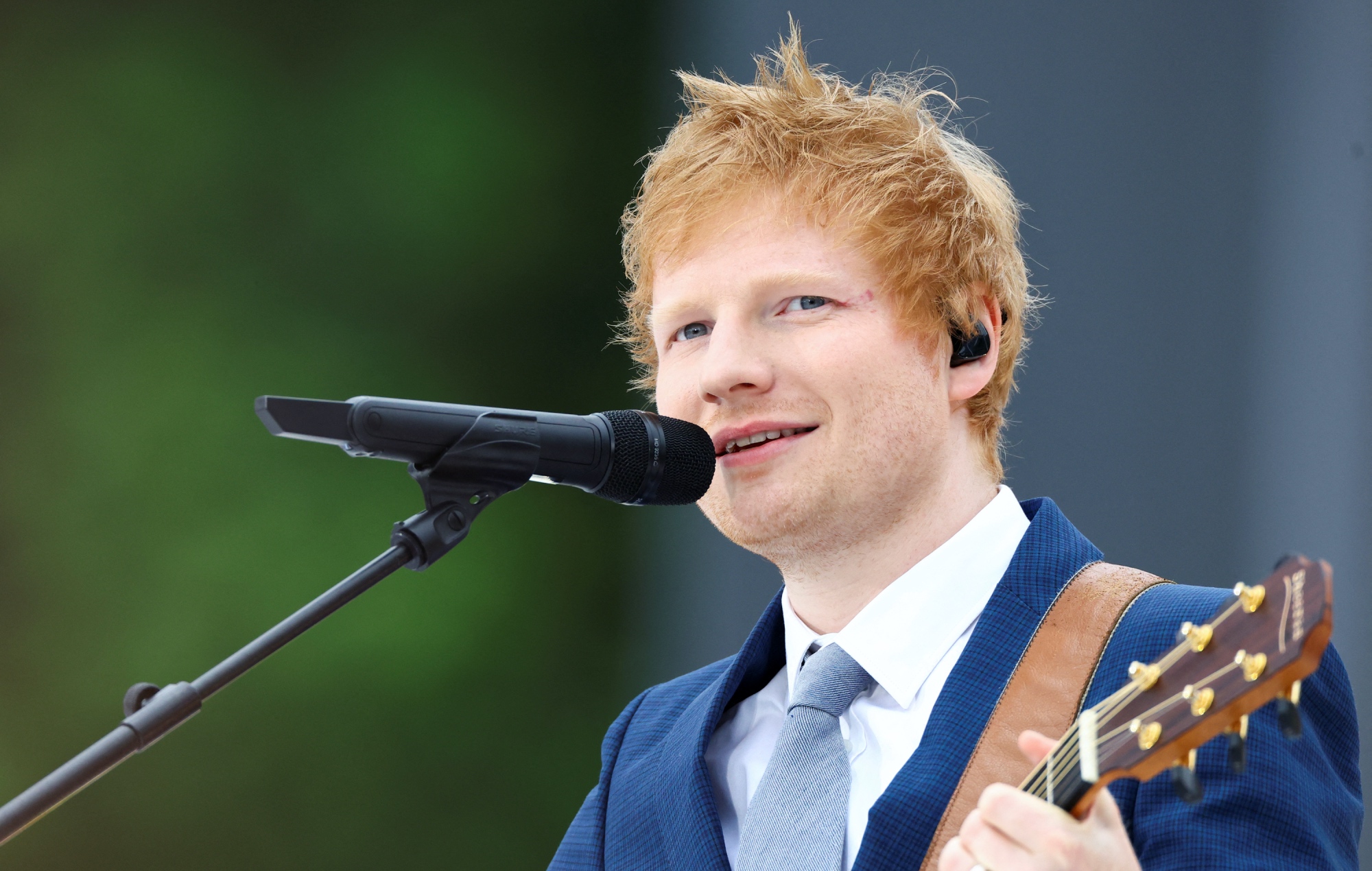 On Friday (October 7), Ed Sheeran performed a surprise hometown gig on the steps of Ipswich Town Hall – see footage and reaction below.

Fans in the Suffolk city were surprised to see Sheeran, who sponsors the town’s football club, rock up in the centre of town to perform his debut album track ‘The A Team’.

“I’ve played so many shows here and have such love for this place,” he told the large crowd who had gathered. “I’m so happy to be back here.”

According to reports from the Ipswich Star, Sheeran performed with an acoustic guitar he had bought earlier that day from a local music shop. In an Instagram video, he announced the set in a video recorded at the Music World store.

After the performance, Sheeran then signed the guitar and gifted it to a 10-year-old fan who is an aspiring musician and guitarist.

An attendee told the Daily Mail: ‘Such a humble guy coming to Ipswich playing us some of his fantastic hits and ending it by giving his guitar to an up and coming 10-year-old guitarist in the audience. Wow. Thank you Ed.’

See footage and reaction to the surprise gig below.

Ed Sheeran took it to instagram to inform his fans about the surprise free gig he played in front of the town hall in Ipswich High Street The singer in his instagram story recorded himself in Music World Ipswich to inform his fans#Ed #Sheeran #fans #surprise #gig #front #town pic.twitter.com/yCVx0pUt2N

Ed Sheeran has popped up in Ipswich town centre playing in front of the Town Hall steps.

Ed being filmed on Friday, in Ipswich, at his free, impromptu, gig. I’m wondering if this will be a part of the tour documentary. So excited for that to happen!

Ed Sheeran gave away his guitar to 10yearold fan during impromptu concert in Ipswich England The singer offered the guitar on the condition that the fan practised daily He signed the guitar and sang one last song before handing it over#Ed #Sheeran #guitar #fan #concert pic.twitter.com/n0iqC1WQqK

This happed yesterday, in Ipswich in my town ,ed Sheeran just turned up and gave us a free gig

The impromptu Ipswich gig was the latest in a series of surprise performances from Sheeran in recent weeks.

Last month, he surprised clubbers in Ibiza with an impromptu, four-song set that featured a variety of karaoke classics. On Monday, September 26, Sheeran appeared onstage at the House In Paradise club at O Beach in Ibiza to perform his 2017 hit ‘Shape Of You’ after being introduced as “the biggest popstar in the world.”

He then launched into The Backstreet Boys‘ ‘I Want It That Way’ before diving into the crowd. Returning to the stage, he performed Neil Diamond’s ‘Sweet Caroline’ and ended with his take on Britney Spears’ ‘Hit Me Baby One More Time’.

Sheeran also made a surprise performance at an Oktoberfest event in Frankfurt earlier this month.

In more official matters, the singer has shared details of a North American tour for 2023. The pop star will bring his ongoing ‘Mathematics’ world tour to the US and Canada next year, with support from Khalid, Dylan, Rosa Linn, Cat Burns, Maisie Peters and Russ on differing dates. It’s in support of his latest album, 2021’s ‘=‘ and will also hear him play songs from his back catalogue.

Tickets go on general sale here next Friday (October 14) at 10am PT (6pm BST). See the full list of dates below.

‘Battlefield 2042’ to rework classes as it comes to Game Pass