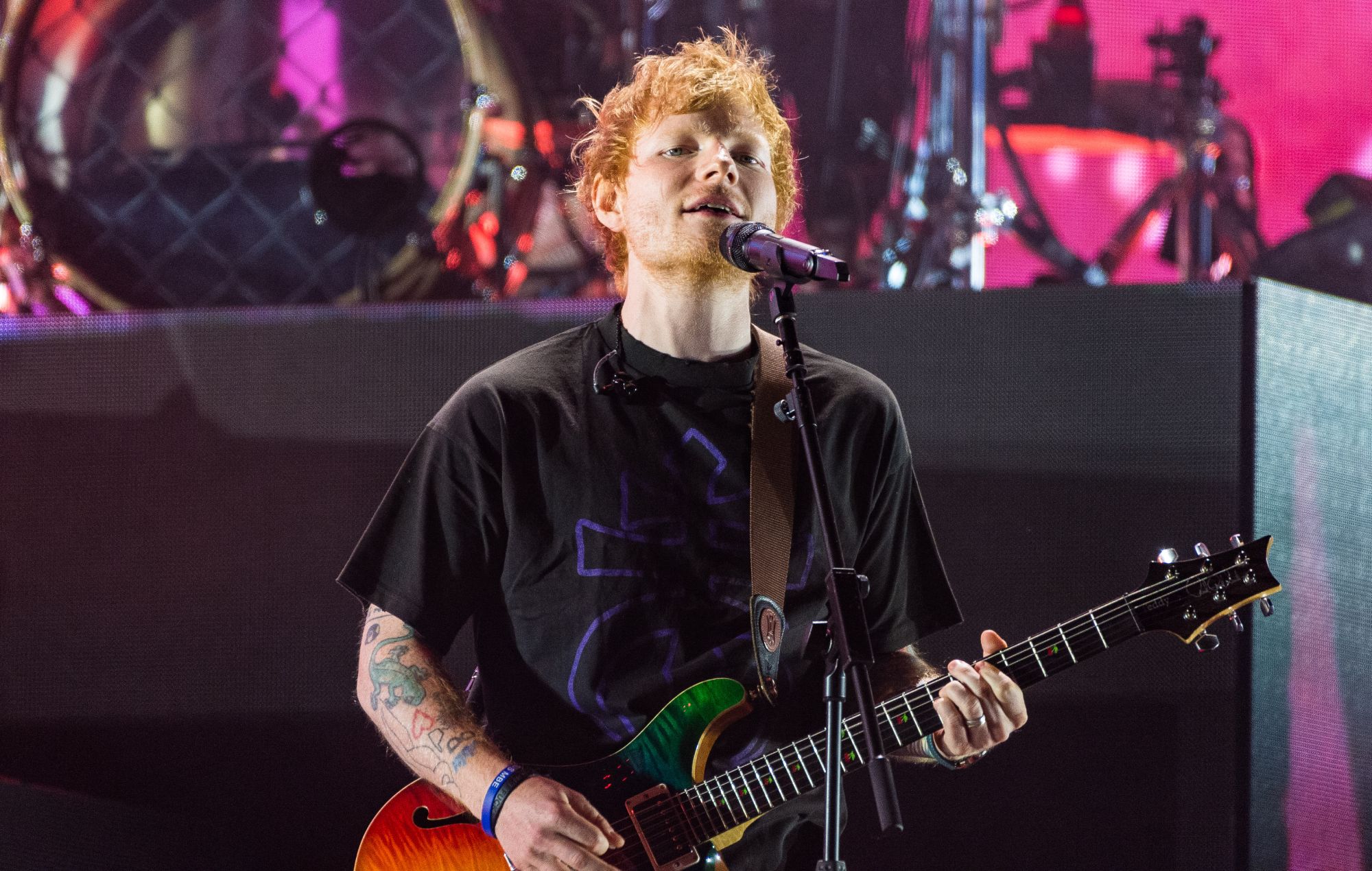 Ed Sheeran has shared details of a North American tour for 2023 – see dates below including how to buy tickets.

The pop star will bring his ongoing ‘Mathematics’ world tour to the US and Canada next year, with support from Khalid, Dylan, Rosa Linn, Cat Burns, Maisie Peters and Russ on differing dates. It’s in support of his latest album, 2021’s ‘=‘ and will also hear him play songs from his back catalogue.

In other news, Sheeran will enter his third set of court proceedings over his songwriting, with the musician set to face a jury trial following a suit from a stakeholder in the estate of Marvin Gaye‘s co-writer.

The ruling came last month (September 29) from Judge Louis Stanton, a senior district judge for the Southern District of New York. Per Billboard, the case will determine whether Sheeran’s hit single ‘Thinking Out Loud’ is in breach of copyright due to its similarities with Gaye’s 1973 single ‘Let’s Get It On’.

The suit came from Structured Asset Sales, a company that owns a stake in the copyrights of the estate of Ed Townsend – a co-writer on ‘Let’s Get It On’. It was originally filed back in 2016, with a decision regarding jury involvement coming in 2019.

"I am absolutely thrilled to have my friends joining me for this next tour," Wynonna Judd said.

Britney Spears Spins Round & Round While Dancing to Justin Bieber Song