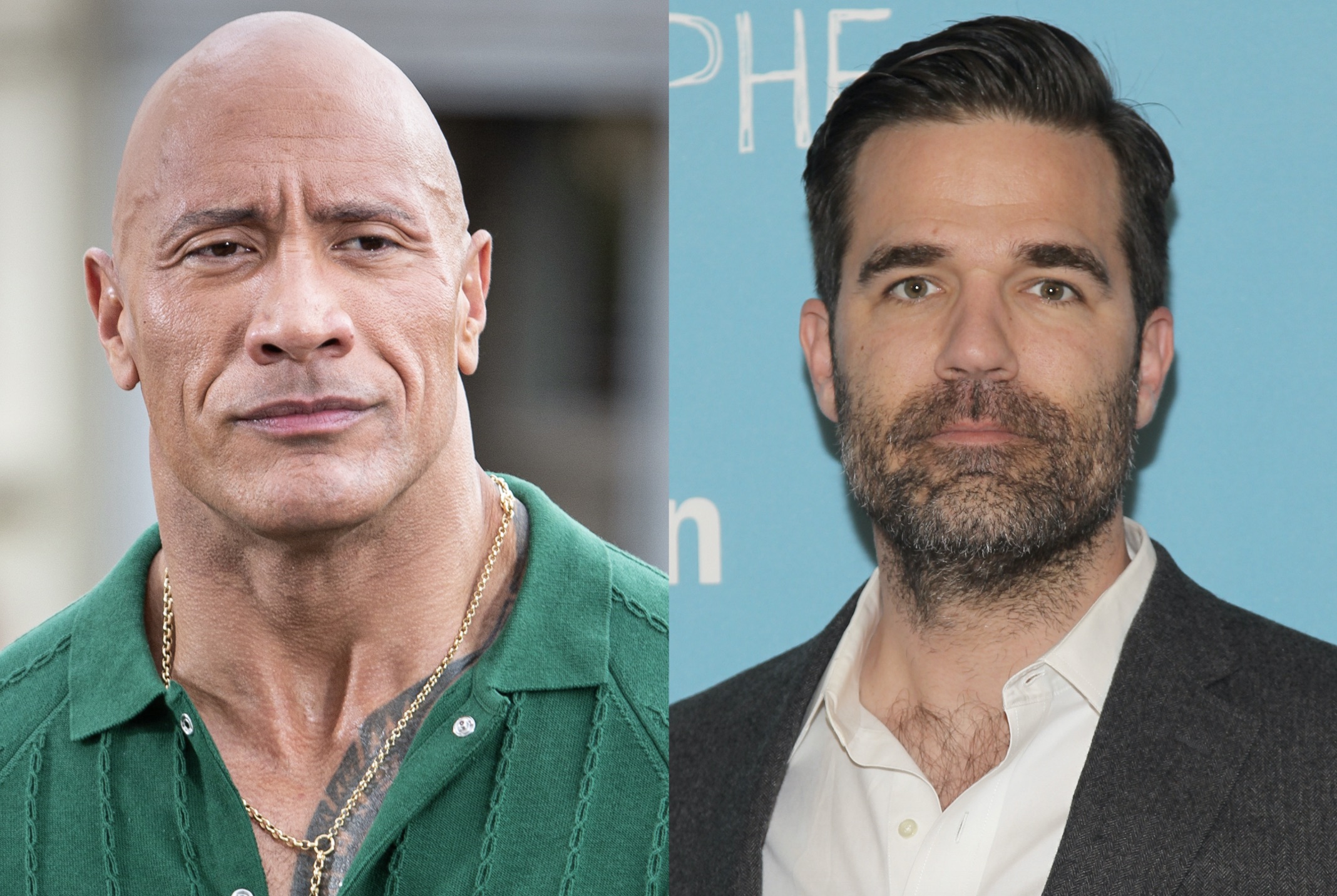 Dwayne Johnson was brought to tears during an appearance on The One Show alongside Rob Delaney.

In an emotional interview, Delaney recalled a time after the death of his two-year-old son Henry when Johnson reached out to offer support.

Henry passed away in January 2018, having undergone two years of treatment for a brain tumour.

Appearing alongside Johnson on the chat show, Delaney said: “We hadn’t [worked together] at this point, but yeah he sent me a lovely tweet after Henry died, which he didn’t have to do, you know?

“And that was very sweet and made me feel great, and then a couple of years later we did Hobbs And Shaw.”

Johnson was visibly emotional after hearing Delaney’s anecdote. The Black Adam star then explained how Delaney’s grief had impacted him as a father of three girls.

“That story, hearing that rocked us in our household,” said Johnson.

Delaney described Johnson’s messages of support as “sweet” and a “good template” for how to approach someone grieving.

In the first of two public tweets, Johnson simply wrote “Henry” and linked to Delaney’s Facebook post about his son’s passing.

The second tweet read: “Stay strong my friend. My ohana sends love and light to you and your ohana.”

Delaney recently released a book about his son’s story, titled A Heart That Works. In it, he described Henry’s cancer diagnosis as “the heaviest pain in the world”.

“Grief drove a bus through the part of my brain where memories are stored,” Delaney wrote.

When announcing Henry’s death in 2018, Delaney wrote: “I have very sad news,” Delaney wrote. “My two and a half year year old son Henry has passed away.

“Henry had been diagnosed with a brain tumour in 2016, shortly after his first birthday, following persistent vomiting and weight loss. He had surgery to remove the tumour and further treatment through the early part of 2017. Then the cancer returned last autumn and he died in January.

“My wife and Henry’s older brothers and I are devastated of course. Henry was a joy. He was smart, funny, and mischievous and we had so many wonderful adventures together, particularly after he’d moved home following fifteen months living in hospitals.

He continued: “His tumour and surgery left him with significant physical disabilities, but he quickly learned sign language and developed his own method of getting from A to B shuffling on his beautiful little bum. His drive to live and to love and to connect was profound.

Delaney said that he was “astonished” by the “love-in-action” displayed by Henry’s mother and his brother. “They are why I will endeavour to not go mad with grief. I don’t want to miss out on their beautiful lives. I’m greedy for more experiences with them.

The Catastrophe star went on to thank the NHS nurses, doctors, home carers and charity workers helped Henry through his final days. He then encouraged people to donate to charities like Rainbow Trust and Noah’s Ark.

“Our family would be in much worse shape right now if it weren’t for them,” Delaney explained. “I would also urge you to take concrete and sustained action to support the NHS, however you can. Do not take it for granted.”

The post Dwayne Johnson tears up as Rob Delaney thanks him for support following son’s death appeared first on NME.