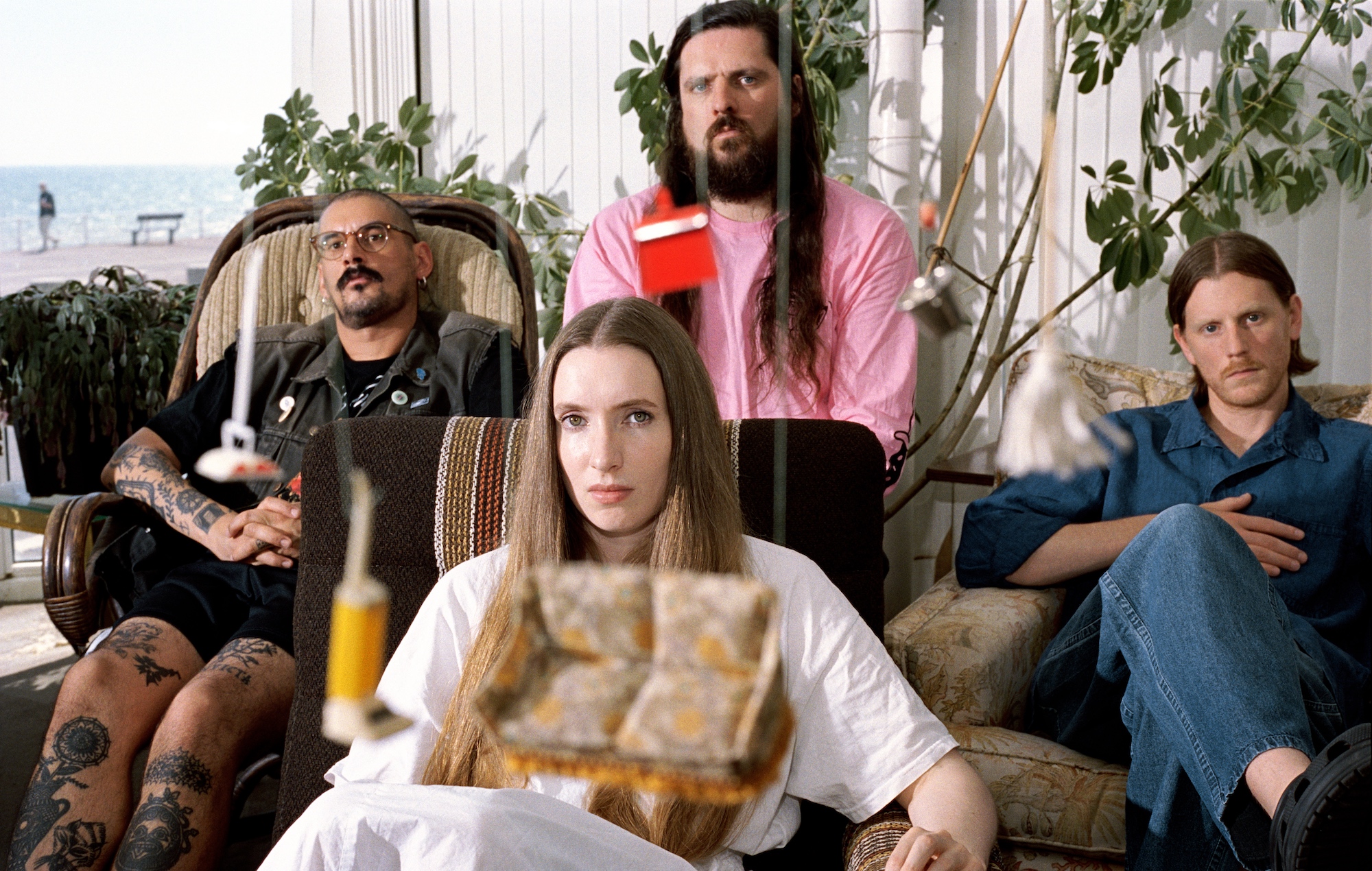 Dry Cleaning have shared a new single titled ‘No Decent Shoes For Rain’, the fourth to be lifted from their forthcoming album ‘Stumpwork’ ahead of its arrival later this month.

“‘No Decent Shoes For Rain’ is inspired by grief,” frontwoman Florence Shaw says of the song; a comparatively moody slow-burner following last month’s ‘Gary Ashby’. “Grief over past relationships, grief for loved ones who have died, and all the things that come with that; loneliness, numbness, yearning, ruminating about the past.”

The new song arrives alongside a video which compiles footage of the band in the studio and on tour. Watch that below:

Dry Cleaning announced ‘Stumpwork’ – the follow-up to 2021’s ‘New Long Leg’ – back in June, alongside lead single ‘Don’t Press Me’. The second single, ‘Anna Calls From The Arctic’, arrived the following month, which was followed by ‘Gary Ashby’ in September – alongside the announcement of a world tour in support of the album.

Set to arrive on October 21, the band reunited with ‘New Long Leg’ producer John Parish for ‘Stumpwork’. Speaking to NME at Meltdown Festival earlier this year, guitarist Tom Dowse discussed how the new record benefited from having considerably more time in the studio than the two weeks they had to record ‘New Long Leg’.

“When you do the first one, every take you do you’re anxious, like, ‘This has to be the one,'” Dowse explained. “When you do the second [album], you realise it doesn’t have to be the one – you just do your thing and then try something… I guess you just put yourself under a bit less pressure, and that made a big difference.”

Watch Matty Healy pause The 1975 show to eat raw steak, do push-ups and crawl into a TV