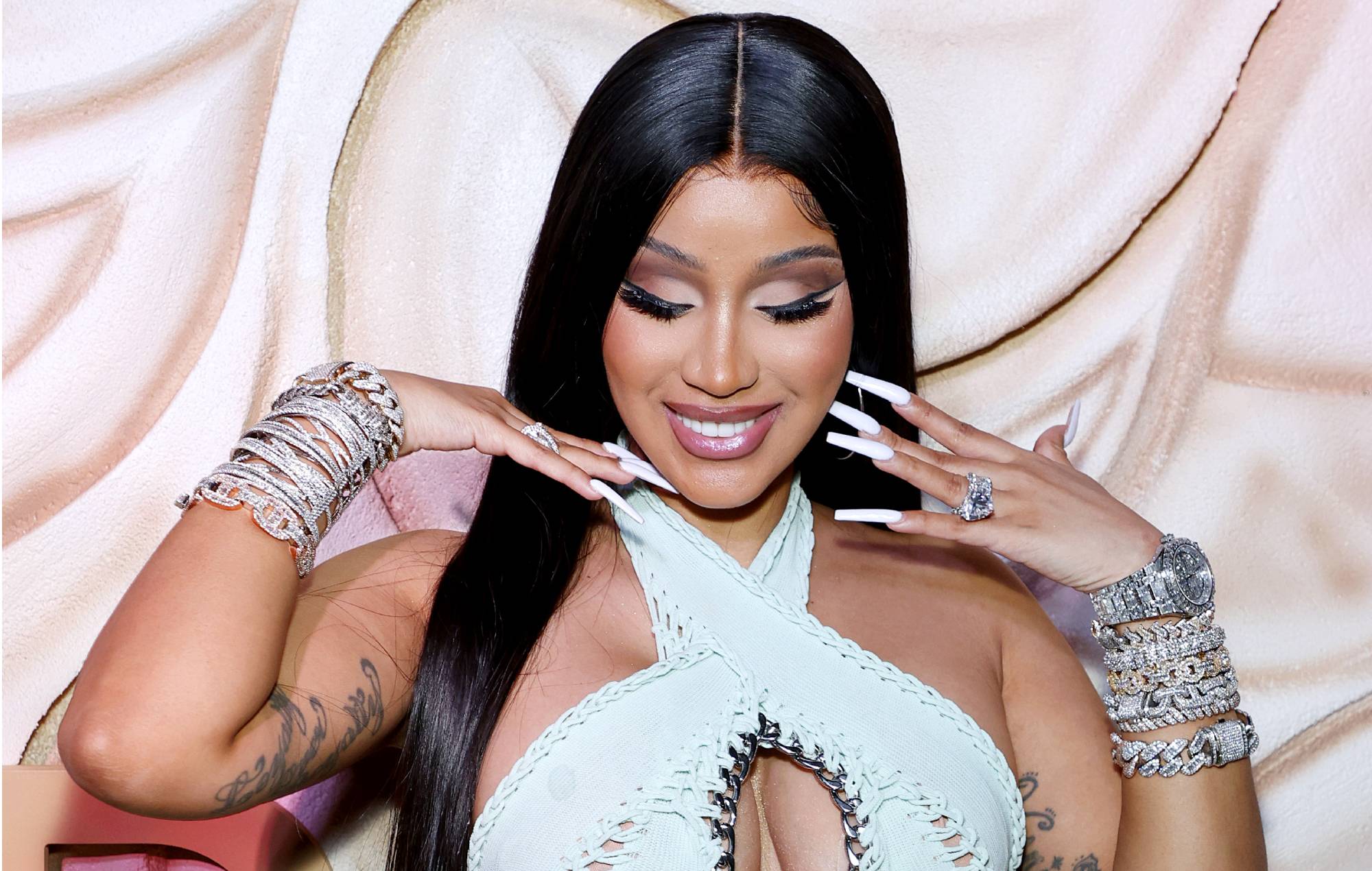 Cardi B has teased fans with a clip of a song that she doesn’t plan to release, sharing her verse from a remix of ‘Munch (Feelin’ U)’ by fellow New York rapper Ice Spice.

Over the original track’s propulsive drill beat, Cardi spits: “You met me? I never met you / Talkin’ about a bad quota, I’m special / If you tell somebody we fuck but I ain’t nut / Then n****, you cappin’. N****’s a munch, he ate it for breakfast / Bitches are scum, bitches is desperate / Bitches be dirty, go get tested / Way too easy, don’t wanna catch it.

“He tellin’ all of his n****s I said we could chill (like what?) / He wants to see what it is like a gender reveal (like huh?) / Pissin’ off bitches is really a skill (like what?) / Bitches is dead to me, damn, they dead to me still. While he lookin, take a picture / Get the best light / He be lookin’ at my ass while it goes left, right / When he hit it from behind, he do it just right / he lick it front to back like it’s a wet wipe.”

Have a listen to the fiery preview – which she posted to her Instagram yesterday (October 9) alongside a phone-shot “music video” – below:

Though fans heaped emphatic praise on Cardi’s verse, the rapper went on to clarify that she won’t be releasing the full remix. In a tweet, she wrote: “I’m not putting that song out by the way. You know I don’t tease.”

When asked by a fan why that was the case, Cardi noted that she was “just having fun” with her verse, explaining: “I like it [but] don’t love it.”

I like it don’t love it ….just having fun https://t.co/3wKL6xKcfP

‘Munch (Feelin’ U)’ was initially released back in August, and garnered particular interest after being shouted out by Drake. The song then went viral on TikTok and Instagram, leading Ice Spice (aka Isis Gaston) to chart at Number Five on the Billboard Bubbling Under Hot 100, and at Number 34 on the Hot R&B/Hip-Hop Songs chart.

Meanwhile, Cardi is currently working on her forthcoming second album, which is yet to be formally announced, but expected to arrive sometime before the year’s end. It’ll feature her smash-hit Megan Thee Stallion joint ‘WAP’, last year’s similarly successful ‘Up’, the Kanye West– and Lil Durk-assisted ‘Hot Shit’, and the GloRilla joint ‘Tomorrow 2’.

While an official release date for the album has yet to be revealed, Cardi confirmed in May that it’ll arrive this year, citing “technical difficulties” for the lengthy gap between it and her 2018 debut, ‘Invasion Of Privacy’.

Last month, Cardi revealed that she was unable to accept a “multi-million dollar” deal she had on the table with Call Of Duty publishers Activision, due to a recent court case she was involved with. Earlier in September, Cardi plead guilty to two charges stemming from her involvement in a pair of brawls at a New York strip club in 2018.

The post Cardi B previews remix of Ice Spice’s ‘Munch (Feelin’ U)’ but says it won’t be released appeared first on NME.

Cardi B’s Boozy Holiday Drink Will ‘Melt in Your Mouth’: Here’s How You Can Make It

The rapper whipped up a spiked hot chocolate, topped with her vodka-infused Peppermint Whipshots.

Taylor Swift’s Music to Be Featured in Apple Fitness Workout Programs: ‘Get Ready to Sweat, Swifties’