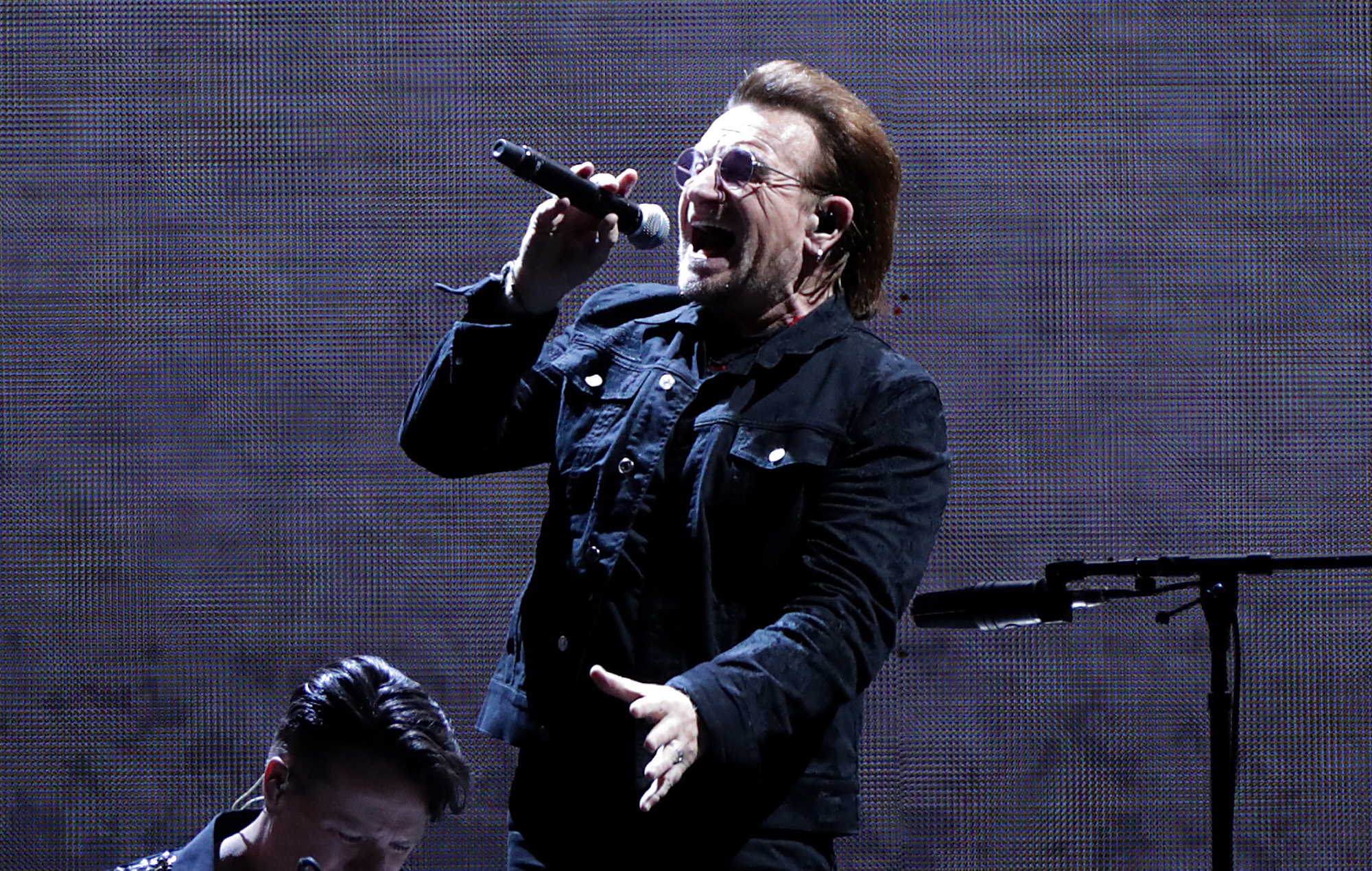 U2 frontman Bono has opened up about alleged death threats he received in his new, soon-to-be-released memoir, Surrender: 40 Songs, One Story.

In the book, Bono speaks about numerous threats the band received from the IRA, gangsters and some far right groups throughout their career.

Bono claims in the book that Gerry Adams, the late, former Sinn Fein leader, said he “stinks” because of their pro-peace stance. “U2’s opposition to paramilitaries (of all kinds) had cost the IRA valuable fundraising in the US,” the book alleges.

The musician spoke about the book for the first time yesterday (October 16) at The Times and The Sunday Times Cheltenham Literature Festival, and recalled how special branch officers said that /his wife, Ali Stewart, was the more likely target than him. “I still take that badly,” he wrote in the book (via The Times).

He also recalled in the book how his family was the subject of an alleged kidnap threat from gangsters in Ireland. Bono claimed a “famous gangland leader in Dublin had been planning to kidnap [his daughters], that [the gangster’s] people had been casing our houses for several months and developed an elaborate plan”.

Another incident occurred, Bono claimed, when far right groups targeted them following the release of ‘Pride’ – the band’s tribute song to Martin Luther King. Speaking at The Times event, Bono remembered how, during a gig in Arizona, he was warned that if he sang the verse about Martin Luther King’s assination, he would “not make it to the end of the song”.

Bono said he “got all messianic on myself” and sang the key verse: ‘Shot rings out in the Memphis sky, Free at last, they took your life, they could not take your pride.’ He explained: “I then realised the gravity of the situation and I did close my eyes. It was a slim possibility but just in case.”

On reaching the end of the song, he added: “‘I am still alive. Oh good’. And I looked up and I could not see the crowd because [bass player] Adam Clayton was standing in front of me and he had been there for the entire verse.”

Bono is due to release his memoir on November 1 via publishing house Alfred A. Knopf (and in audiobook form via Penguin Random House).

The 576-page title will explore the origins of 40 key songs in U2’s extensive discography. Each chapter is named for the song it covers, with Bono’s life story weaved throughout the book.

He is set to embark on a 14-city book tour dubbed ‘Stories Of Surrender’, which will begin on November 2 in New York City. The events have been billed as “an evening of words, music and some mischief”. Bono said in a statement: “I miss being on stage and the closeness of U2’s audience.

“In these shows I’ve got some stories to sing, and some songs to tell. Plus I want to have some fun presenting my ME-moir, SURRENDER, which is really more of a WE-moir if I think of all the people who helped me get from there to here.”

The post Bono opens up about alleged death threats to U2 in new book appeared first on NME.

‘Wonder Woman 3’ might not go ahead at DC Studios

The Christian singer even hosted the nuptials in the same place where she married Vince Gill.