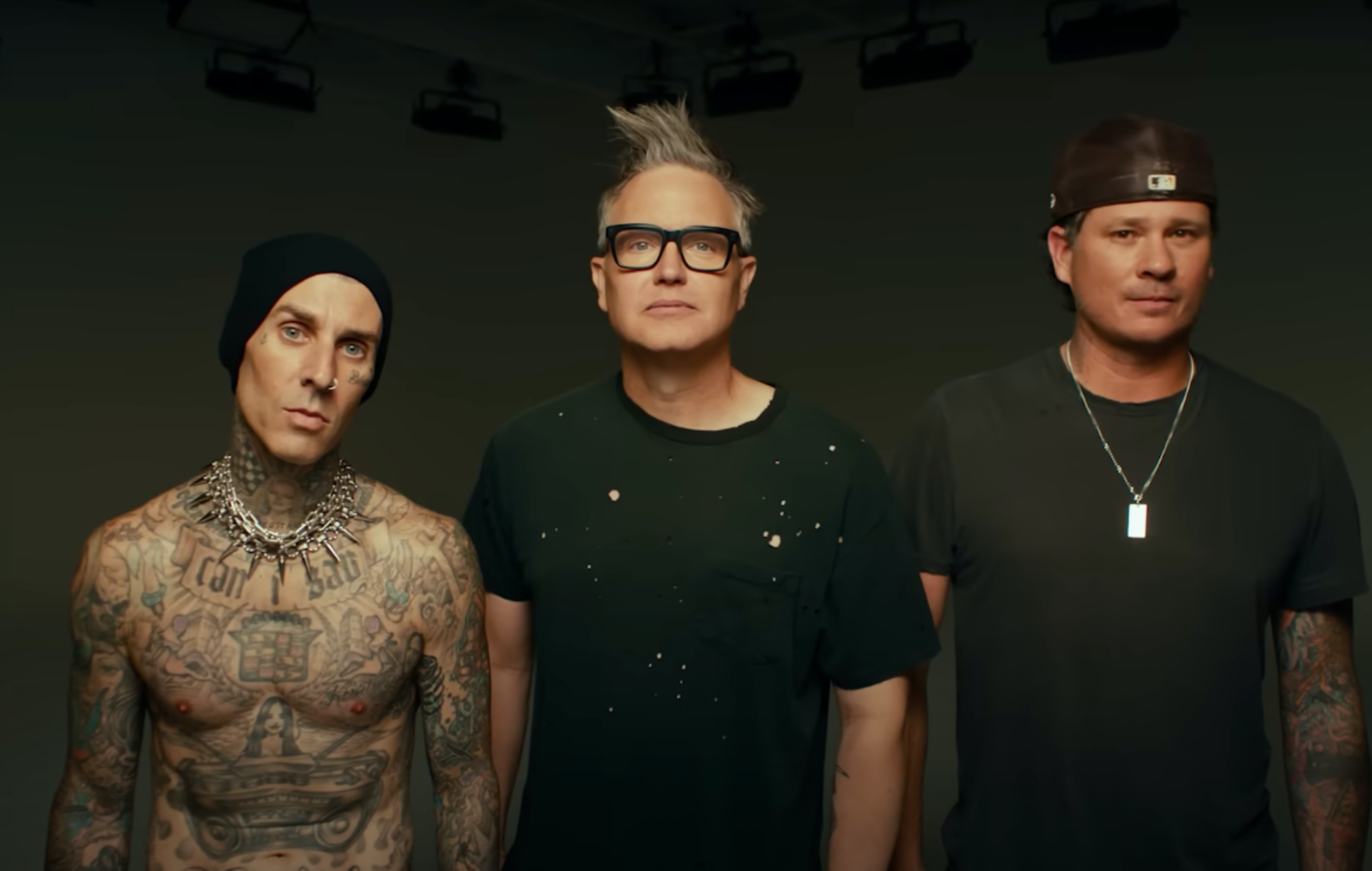 Blink-182 have returned with their first song to feature Tom DeLonge in just months shy of a decade: a belting pop-punk anthem titled ‘Edging’.

Despite its title (and the returning frontman’s penchant for tongue-in-cheek raciness) the song is surprisingly void of sex jokes, instead offering a self-deprecative take on the dissolution of a relationship. It opens with DeLonge singing the first verse, as he quips: “I ain’t that cool, a little fucked in the head / They’ll be hangin’ me quick when I’m back from the dead.”

A music video for ‘Edging’, directed by Cole Bennett, is due to be released tomorrow (October 15). In the meantime, have a listen to the song itself below:

Back in July, Alkaline Trio frontman Matt Skiba – who joined Blink-182 in 2015 as a replacement for DeLonge – claimed that he didn’t know if he was still a part of Blink-182. DeLonge then hinted that he’d rejoined the group, before Hoppus said the original trio (rounded out with drummer Travis Barker) were in “a really great place”.

Alongside the announcement of ‘Edging’ (and confirmation of its place on their upcoming ninth album), the band revealed details of a sprawling world tour – their biggest to date. They’ll deliver more than 70 shows between next March and February of 2024, hitting the Americas, Europe, the UK, Australia and New Zealand. Among the dates will be a co-headlining stint at next year’s When We Were Young festival in Las Vegas. See more details on the full run here.

Blink-182’s ninth album is yet to be formally unveiled, however DeLonge has already described it as “the best album of our career”.

After the reunion became official on Tuesday, Hoppus explained that he found it difficult to keep DeLonge’s return a secret. Speaking on his Apple Music show After School Radio, he said: “I feel like a weight has been lifted off my shoulders. That was a burden to carry that secret for so long.”

Yesterday (October 13), DeLonge shared a personal message to Skiba, thanking him for his work with the band. “You have always been so kind to me,” he wrote, “not only in the press, but also to others. I really noticed… To be honest, the band would not even be here today if it were not for your ability to jump in and save the day.”

Blink-182’s most recent album, ‘Nine’, came out in 2019. It was the second record to feature Skiba, following on from 2016’s ‘California’. The last Blink-182 project to include contributions from DeLonge was the 2012 EP ‘Dogs Eating Dogs’.

Meanwhile, Hoppus is also writing a book about his life, career with Blink-182 and experience of battling cancer. In July 2021, the bassist confirmed that he had been diagnosed with 4-A diffuse large B-cell lymphoma – the same type of cancer his mother had (and eventually recovered from). That September, he confirmed to fans that he was officially cancer-free.

The composer took part in the Netflix Playlist event Monday, where part of his score was performed l

Slipknot earn third UK Number One with latest, ‘The End, So Far’