Skip to the content
HomeK-popBLACKPINK live in Seoul: K-pop superstars bring power and playfulness as their massive ‘Born Pink’ world tour lifts off 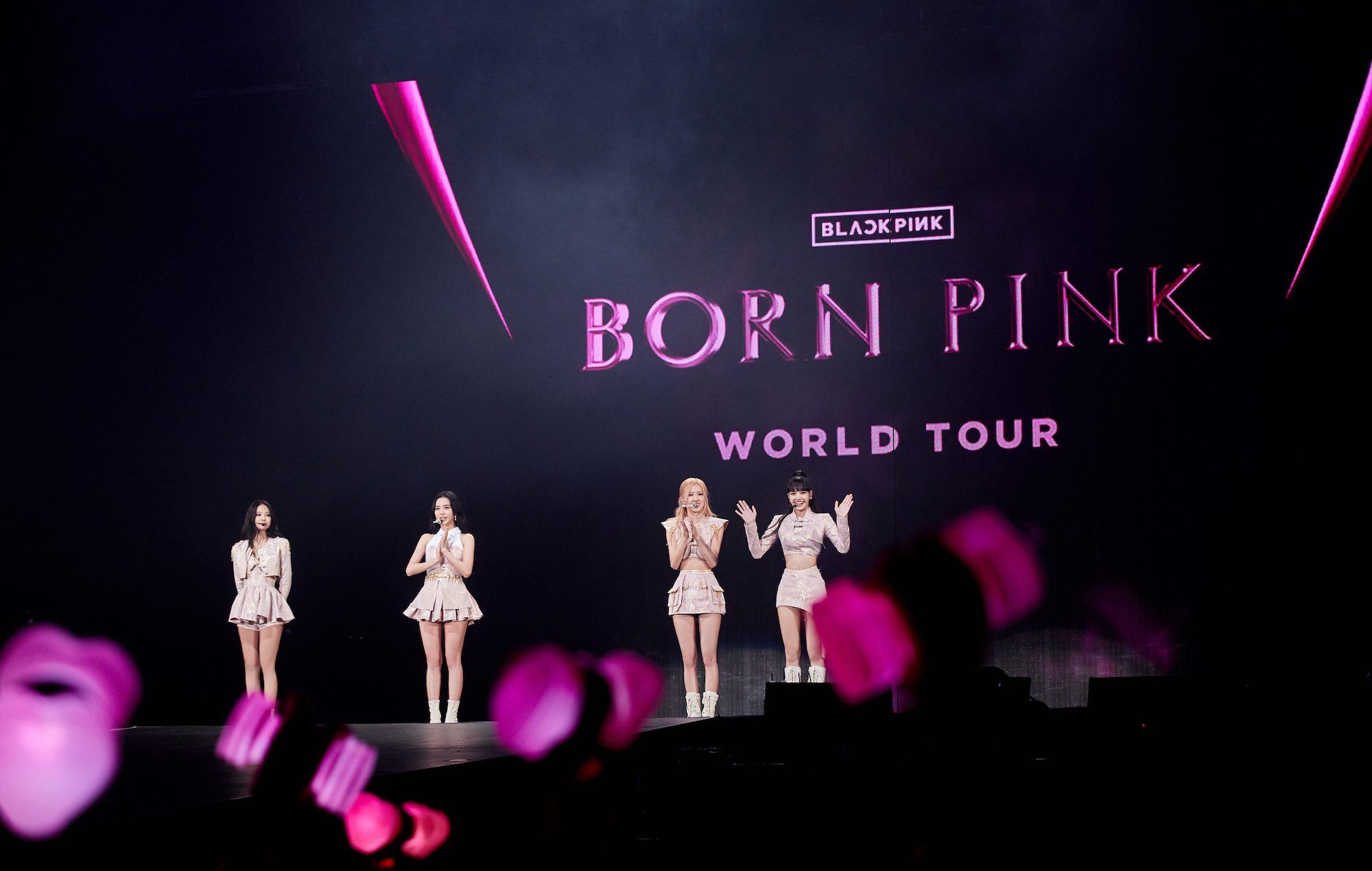 As BLACKPINK’s past music videos roll on the big screens at Seoul’s KSPO Dome, the mood inside the venue perfectly fits a late Sunday afternoon – quiet, chilled, laidback. When the volume suddenly gets turned up midway through ‘Shut Down’, though, the atmosphere quickly becomes electric. The last few people to enter the arena scurry to their seats, the heart-shaped lightsticks nearly everyone is carrying glow pink, and a crackle of pyrotechnics signals BLACKPINK’s arrival on stage.

Tonight (October 16) is the second of two Seoul concerts kicking off the superstar group’s ‘Born Pink’ world tour – billed as the largest of its kind for any girl group in K-pop history. From the off, it’s clear how much has been poured into the concert so it matches that grand tag. No expense has been spared on the VCRs, from the opening “enchanted garden” to later sci-fi-themed clips that could be scenes in the quartet’s own space-age movie. The constant explosion of fireworks and confetti cannons add peaks of drama and excitement to an already thrilling night, while the live instrumentation makes sure the songs hit just as hard as the visuals.

From the second they step on stage, it’s obvious BLACKPINK didn’t come to play either. They kick things off by recapping some of their older tracks, opening with an almighty version of ‘How You Like That’ and an intoxicating ‘Pretty Savage’. “You better run, run, run,” Jisoo sings at one point during the latter, a confident smirk etched on her face that suggests the group are here to take no prisoners.

For the most part, that’s true. A fierce rendition of ‘Kill This Love’ is heralded by flashing blue lights flickering on the stage and bleeping sounds you’d associate with spaceships, adding a sense of mystery and intrigue before the dramatic horns of its intro cut through like a shock to the system. ‘Don’t Know What To Do’ highlights the softer side of the group’s artistry but is no less arresting. ‘Tally’, the first new song to be aired tonight, shines bright as a genuinely empowering anthem, the women of BLACKPINK revelling in lines like: “I say ‘fuck it’ when I feel it / Cos no one’s keeping tally, I do what I want with who I like.” ‘Pink Venom’, too, feels absolutely massive, its juddering experimentalism made larger than life by the band who join the four members on stage tonight.

But there are also moments throughout where the impact isn’t quite as powerful as it could be – some choreography, like the new dance break in ‘How You Like That’ or parts of ‘Crazy Over You’, feel a little rusty. Given that it’s been two and a half years since BLACKPINK stood on stage together for a full concert with an audience (and it’s been 20 months since their excellent virtual concert, THE SHOW), it’s understandable that they might still be loosening up and working their way back to their very best. Later, in the show’s ending moments, the members acknowledge nervous mistakes but emphasise the fun they’re having instead of fixating on the imperfections.

In the middle of the setlist, each member gets a chance under the spotlight with a series of solo performances. Jisoo, the only member not to have worked on her own solo music yet, goes first with a cover of Camila Cabello’s ‘Liar’, including an alluring dance break at the end of the song. Jennie follows, not with a rendition of 2018’s ‘Solo’ as might have been expected, but with a brand-new, unreleased song. Currently untitled, the dance-pop cut offers an exciting preview of what could come next in her solo arc. Jennie’s performance feels majestic and romantic, the singer and rapper elegantly lifted above the head of a male dancer as she sings: “I loved you and me, dancing in the moonlight / Nobody can see, it’s just you and me tonight.”

Moments later, Rosé takes her place on the stage for a pair of songs. First, she flawlessly recreates ‘Hard To Love’ – her individual track from ‘BORN PINK’ – singing its opening lines a cappella, before reminding the crowd of the brilliance of her 2021 single ‘On The Ground’. Lisa finishes off the solo performances with her own double-hitter – an abridged version of ‘Lalisa’ that segues into a smooth pole dancing section (which later earns her the nickname “Polisa” from her bandmates) before she shakes things up with a supremely confident version of ‘Money’.

Having the chance to step out on their own – or take a longer breather backstage – seems to have a reinvigorating effect on the rest of BLACKPINK’s performance. When they return to the stage as a four-piece, they feel more relaxed and fully in the swing of things. During ‘Ddu-du Ddu-du’, Jennie and Jisoo are in playful moods, goofing around with each other before switching back into power mode for the Stomp-like dance break. ‘Boombayah’ kicks off the final segment of the show and finds Jisoo light-heartedly showing off her rapping skills as she joins Lisa on the mic to “go brrr, Rambo”.

A lot of the visuals and production tonight position BLACKPINK in galaxies far, far away – whether that’s Rosé sitting on top of a planet in the final VCR or the pink Saturn illustration emblazoned on the back screen during ‘Playing With Fire’. The group have many months and shows all over the world to get their ‘Born Pink’ tour to the astronomical heights promised. It’s when they’re loose and having fun – which becomes clear when they jump around in a huddle with their dancers during set closer ‘As If It’s Your Last’ – that BLACKPINK’s magic really comes alive and they get closest to that out-of-this-world feeling.

‘Evil West’ review: how the West was overrun

The BTS rapper moves through a train in the imaginative visual.