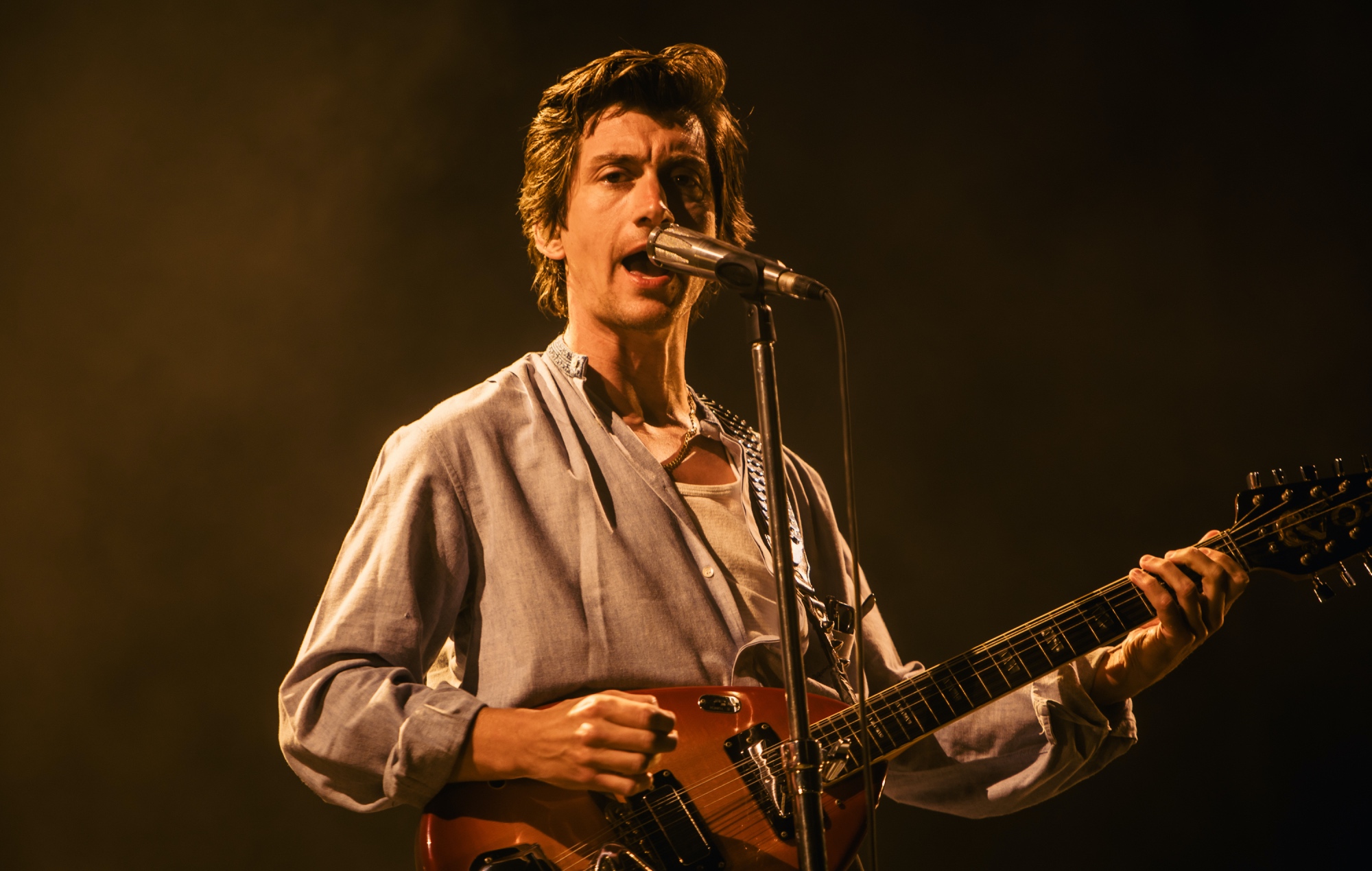 Arctic Monkeys have shared some new details on their upcoming track ‘Sculptures Of Anything Goes’, likening it to the sound of their hit 2013 album ‘AM’.

The song will appear on the Sheffield band’s seventh studio record ‘The Car’, which is due for release on October 21 via Domino (pre-order here).

During a recent interview with the Dutch radio station NPO 3FM, frontman Alex Turner said that ‘Sculptures…’ finds the Monkeys in a “different” musical landscape. “We haven’t really been to that place I don’t think, sonically,” he explained.

“That [song] does remind me a little bit of some of the desert-ier side of the ‘AM’ record from 2013. It feels like there’s still a bit of that dust in there.”

Turner went on to say that ‘Sculptures…’ came about after guitarist Jamie Cook “got a Moog synthesiser and put a drum machine through it, and made that sound”.

He added: “We wrote a song based off that, really… is the succinct answer. It started there [and then] it became a million other things. There were multiple different versions, and it ended up kind of back where it started… having had a haircut.”

Drummer Matt Helders added that Arctic Monkeys had been rehearsing a live version of the track. “Yeah, it’s great,” he continued. “It’s a fun one to do.”

The interviewer also described ‘Sculptures Of Anything Goes’ as “dark” and “almost ominous”. Check out the full video above.

Elsewhere in the conversation, AM discussed the connection between all of their albums and opened up about how ‘The Car’ took them longer to complete than any of their past full-length projects.

“Maybe the longer you let it go on, the more you want to let yourself make adjustments,” Turner said. “Perhaps all of that might have got a bit silly at the end in that respect…Remarkably, I don’t know if I’ve ever listened to this one in a car.”

Arctic Monkeys have already released two singles from ‘The Car’: ‘There’d Better Be A Mirrorball’ and ‘Body Paint’.

The band are set to tour in the UK/Ireland, Europe and North America in 2023. You can find any remaining tickets for the UK and Ireland leg here.

The post Arctic Monkeys say their new song ‘Sculptures Of Anything Goes’ is reminiscent of the ‘AM’ sound appeared first on NME.

Post Malone Officiates Fan Wedding at Seattle Show: ‘In the Eyes of Space, I Declare These Two Lawfully Wedded’

First a gender reveal, then a wedding. Is a bris next?

Get to Know Spotify EQUAL Ambassadors Silvana Estrada and Manal