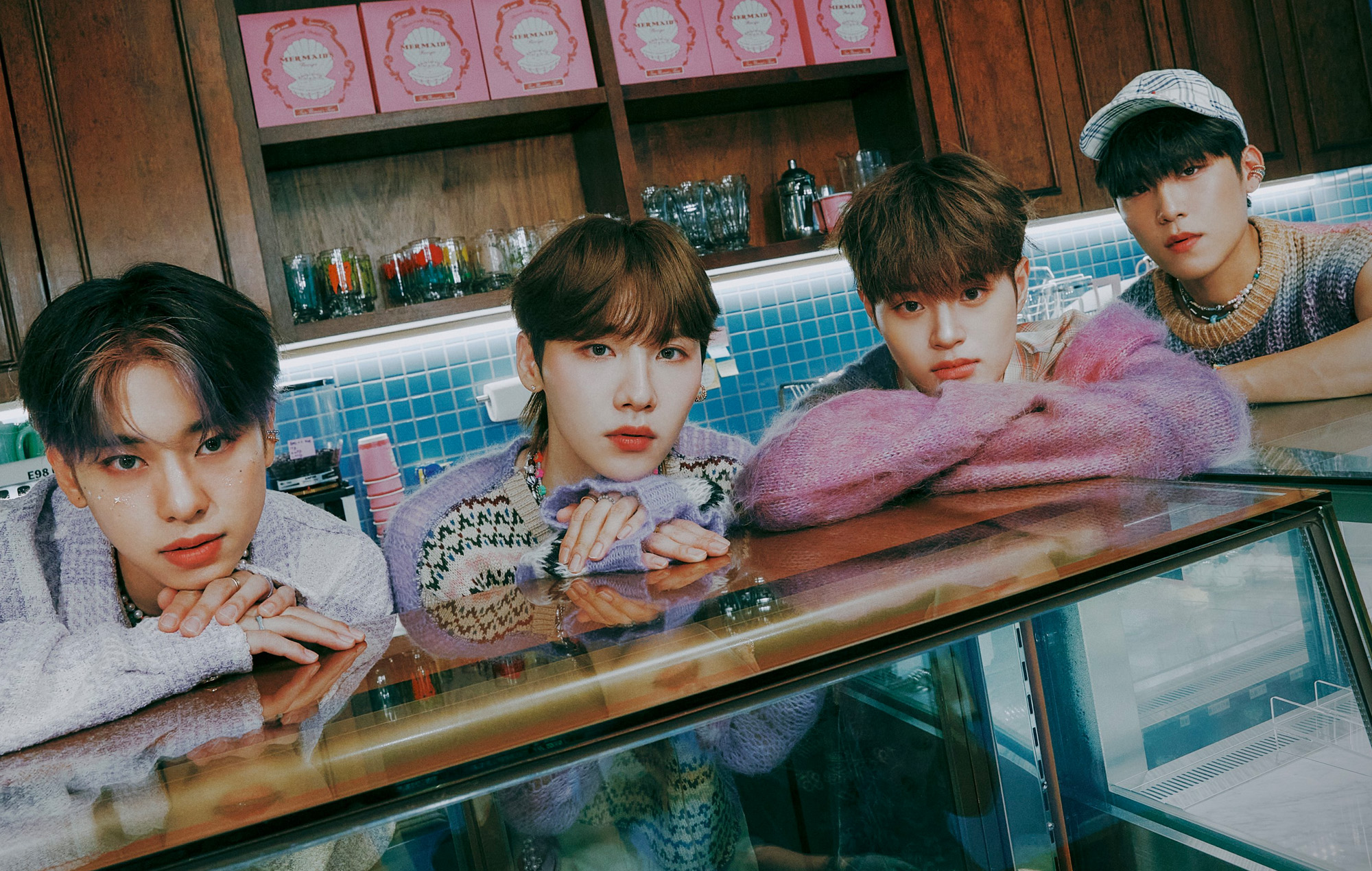 K-pop boyband AB6IX have made a comeback with their new mini-album ‘Take A Chance’ and the music video for its groovy new lead single ‘Sugarcoat’.

On October 4 at 6PM KST, AB6IX unveiled the visual for ‘Sugarcoat’, the lead track off their mini-album ‘Take A Chance’ which arrived at the same time. The upbeat new single was co-produced by member Daehwi, while its lyrics were written by Daehwi and Woojin.

In the new music video, the quartet dance to the song on neon-lit sets filled with candy jars and candy-themed props. They later ascend into outer space, where sweets and chocolate float around them.

“I got the mood, tonight / Hold me softly, alright / Whisper to me sweetly / Walk on the moon, tonight,” they sing in the chorus.

In addition to ‘Sugarcoat’, the brand-new mini-album includes the Korean-language version of AB6IX’s first official English single ‘Chance’, which they released in August, along with the track ‘Complicated’, co-composed by MONSTA X member Hyungwon. Other b-sides on ‘Take A Chance’ include ‘Weightless’, ‘Resonance’ and ‘Crow’.

‘Take A Chance’ is AB6IX’s third Korean-language comeback of 2022, following their January special album ‘Complete With You’ and May mini-album ‘A to B’, led by the singles ‘1, 2, 3’ and ‘Savior’ respectively. They later released the Japanese-language version of the latter in August.

The boyband recently collaborated with rising American singer Reiley on a new English single ‘Moonlight’. That single marked AB6IX’s third time collaborating with a non-K-pop artist on music – the first being their team-up with ‘Juice’ singer Lizzo on a remix of ‘Truth Hurts’, released in 2019.

The four-piece then joined forces with American boyband Why Don’t We on a remix of the latter’s 2020 song ‘Fallin’ (Adrenaline)’, which dropped in January 2021.

AB6IX first debuted under Brand New Music, an agency founded by Korean rapper Rhymer, with their mini-album ‘B:Complete’ in 2019.

Prior to this, members Donghyun, Woojin and Daehwi, represented the agency on the second season of reality competition Produce 101 in 2017, where they gained attention for their songwriting and producing abilities. Woojin and Daehwi later went on to join Wanna One, a temporary boyband formed through the show.