A ‘Cyberpunk 2077’ sequel should learn from the success of ‘Edgerunners’ 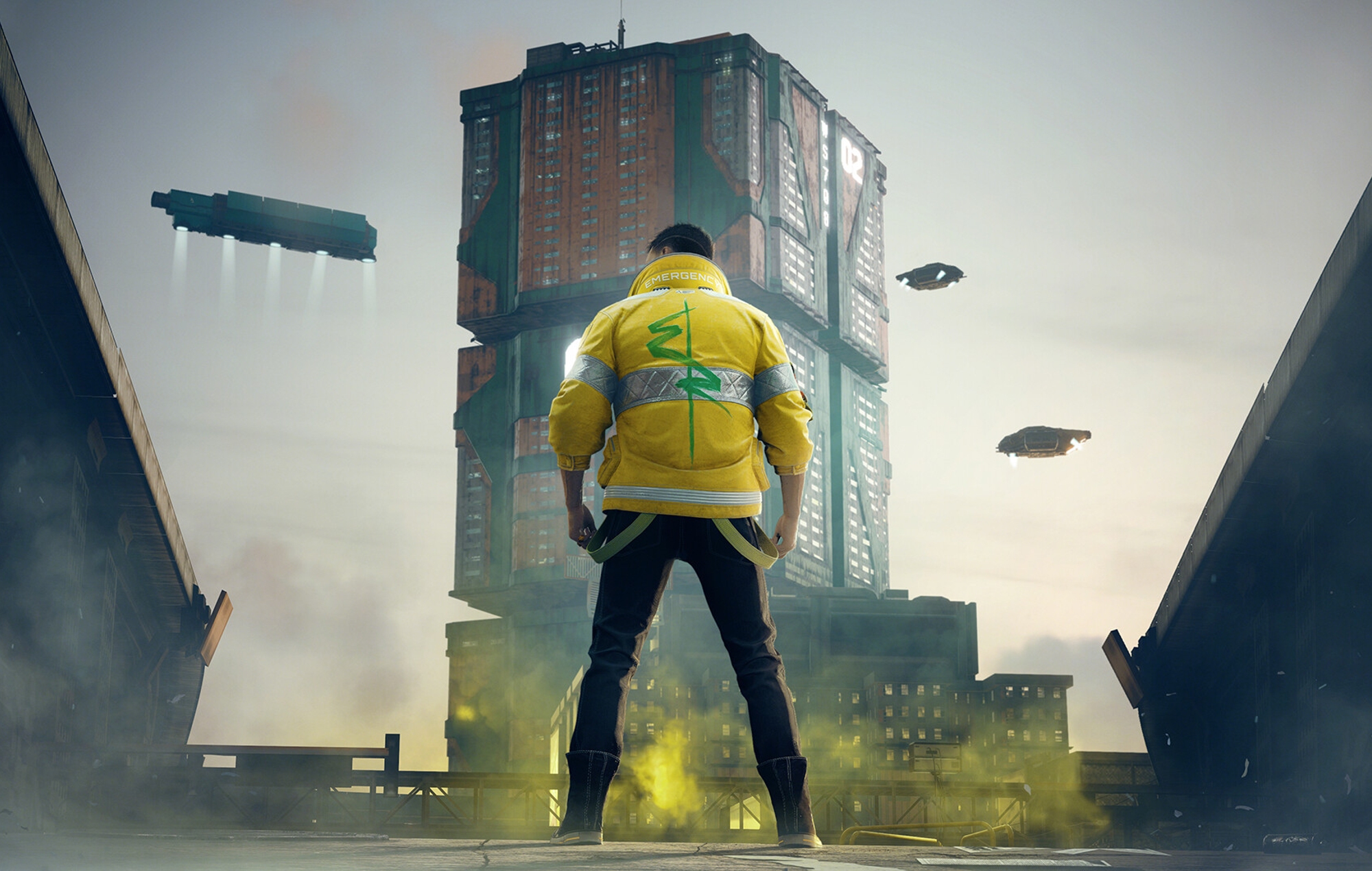 Watched Cyberpunk: Edgerunners yet? If not, two things: firstly, beware – this article comes with a few spoilers. Second, go watch it! A breakout Netflix hit, Edgerunners explores the vibrant streets of Night City: a city in America that struggles with a broken healthcare system, startling divides between the rich and poor, and corporations ruling like almighty monarchs. Like London, but set in the 2070s.

To be more specific, it’s set about a year before Cyberpunk 2077 – a 2020 role-playing game (RPG) from CD Projekt Red. Right now, it’s an exciting time to be a Cyberpunk fan. Not only was Edgerunners a phenomenal slice of Night City, but CD Projekt Red recently announced that on top of an upcoming expansion, Cyberpunk 2077 is getting a sequel, which will tap into “potential of this dark future universe.”

The thought of a Cyberpunk 2077 sequel would have been met with derision in 2020, when the game was such a bug-ridden mess that it was booted from the PlayStation Store until it cleaned up its act. But thanks to Projekt Red spending the last two years chipping away at its issues and the success of Edgerunners (again – a brilliant show), a sequel is once again cause for excitement.

While Edgerunners brought plenty of people back to the streets of Night City, it also comes with a new problem for CD Projekt Red: Edgerunners captured the essence of cyberpunk better than 2077 ever managed, and a sequel will need to build upon that. Edgerunners brought Night City to life in a way that 2077 missed the mark on – 2077‘s streets where beautiful, but never felt like more than an AI-trudged walkway; whereas Edgerunners tapped into the idea of a bustling, lived-in city that is truly too big to care if you live or die.

Take Edgerunners‘ soundtrack. On paper, it’s largely the same as Cyberpunk 2077, using songs that artists like Rosa Walton (from Let’s Eat Grandma), Rat Boy, and Aligns contributed to the game. But if you’ve been through both 2077 and Edgerunners, you’ll know which one used its soundtrack best.

Edgerunners begins with the up-tempo bounciness of Rat Boy‘s ‘Who’s Ready For Tomorrow’ (which birthed this feverish fancam), but as protagonist and over-his-head teen David Martinez gets mired in the muck and murder of Night City, the show gets its hands dirty with the more aggressive side of 2077‘s soundtrack. It’s best highlighted in the below scene, where Martinez and his gang of edgerunners – at this point, wholly indifferent to killing – indiscriminately slaughter a group of guards to the tune of hardcore punk outfit The Armed‘s ‘Night City Aliens‘.

Not only does ‘Night City Aliens’ amp up the scene’s thrills to 11, it’s a deliberate choice that shows how far Martinez has climbed – or how low he’s sunk, depending on your perspective. A few episodes ago, Martinez’s trauma over losing his mother meant he struggled to kill a single cyberpsycho that was about to murder his friends – now, he’s unphased by several guns pointed in his face, and even has a quip ready for blowing someone’s heads to bits. For the sheer amount of talent that contributed to 2077‘s stupendous soundtrack, the game failed to utilise it with the same skill that Edgerunners did.

It’s not like 2077 didn’t try, either. ‘Night City Aliens’ pulls a double shift in the franchise, and is the first song to play when you enter 2077‘s Afterlife bar for the first time. The track doesn’t fuck around, and neither does Afterlife – this morgue-turned bar is home to Night City’s toughest mercenaries, the best of the best, and none of them feel like living forever. It’s a lifestyle that’s all about living fast and dying loud, and you’re about to sink or swim in their world – a vibe ‘Night City Aliens’ punches home.

There’s also that fantastic montage near the start of 2077, which builds up protagonist V and his pal Jackie Welles’ friendship and shared career with a series of crime, violence, and generally boozing around Night City. It’s soundtracked by an instrumental version of Run The Jewels‘ ‘No Save Point’, which does a sublime job at capturing Night City and the (short) life of an edgerunner.

Unfortunately, these moments are too few and far between – and none of them quite live up to the way that Edgerunners hammers them through. ‘I Really Want To Stay At Your House‘ – Rosa Walton’s synth-pop ballad made for 2077 – is currently blowing up on Spotify thanks to its appearance in Edgerunners‘ tear-jerking final moments, but it’s been in 2077 for years – it simply didn’t get the attention it has now, because it wasn’t well-utilised.

Part of the problem is 2077‘s radio stations, which could be vastly improved with a sequel. If you’ve played 2077, you’ve likely heard a lot of Edgerunners‘ music already – ‘I Really Want To Stay At Your House’ probably soundtracked plenty of your late-night commutes to your next murder-romp gig, but there’s a good chance it didn’t stick with you because it’s not attached to anything. That doesn’t necessarily mean that every track in 2077 needed to have been glued to a scene that tugged at your heartstrings – even giving character to 2077‘s lifeless radios would have done the trick.

Though 2077 has plenty of radio stations, they all lack their own identities. Radio Vexelstrom is home to ‘Night City Aliens” punk thrashings, but it’s also filled with blaring electronic dance music – both styles are great, but don’t sit comfortably on the same page. Elsewhere, Rat Boy’s songs are split across several radio stations – with one sharing a home with Grimes, SOPHIE and Rosa Walton, another in Morro Rock’s spotlight along with Aligns’ hard rock bop ‘Friday Night Fire Fight‘, Swedish punk rockers Refused‘s SAMURAI originals, and Pissed Jeans‘ thumping ‘Kruschev’s Ghosts‘. There’s no consistency to any of 2077‘s radios, and the lack of hosts tying each song together means the stations have all the charm of an auto-generated Spotify playlist.

If a Cyberpunk 2077 sequel chooses to pursue an all-original soundtrack – and it should – then CD Projekt Red should be much more ambitious with how it wields it. Edgerunners proved that the developer captured lightning in a bottle with 2077‘s soundtrack, but while the show chose to tap into that electricity, the game wasn’t quite able to make full use of it.

With a sequel, there’s a lot that CD Projekt Red can improve upon. Some of it’s bigger than just using its star-studded soundtrack better: if the game runs at launch and isn’t haunted by horror stories of crunch, we’re onto a winner. We shouldn’t build ourselves up to anything close to the hype that 2077 incited, but some bolder – and more ambitious – changes to the series could make the Cyberpunk 2077 sequel one for the history books…without waiting two years after launch.

You can watch Cyberpunk: Edgerunners on Netflix, or play Cyberpunk 2077 on PlayStation, Xbox or PC.

The post A ‘Cyberpunk 2077’ sequel should learn from the success of ‘Edgerunners’ appeared first on NME.

Recording’s Great Escapes: Inside The World’s Most Scenic, State-of-the-Art Studios

From the Grecian seaside to the Brazilian mountains to the Arctic Circle's edge, musicians have reco